The Sun has found its traffic choked by its paywall. Plus other media tidbits of the day,

Here comes The Sun‘s paywall. News Corp UK paper The Sun will quietly start easing its paywall next month to try to boost its attraction to younger readers. It’s an admission that paywalls do not work in these days of dominant social media offerings — especially where younger consumers are concerned. Surveys recently from the Pew Research Institute in the US and the Reuters Institute in the UK have both confirmed that Facebook is the dominant news source for younger audiences. From early July “select digital content” from The Sun will be made available for free. “Since last summer, we have been working on a cross-departmental project to re-imagine the Sun and evolve its business model to take account of rapid changes in technology and the way readers are accessing and sharing news,” News UK boss Mike Darcey said in an internal memo to staff on Friday in London. “The guiding principle for the free content will be shareability, helping us to take advantage of the growing trend of readers finding and sharing content on social media, given further impetus by the rapid rise in smartphone use.”

The Sun’s paywall started nearly two years ago, in August 2013. The paper claims to have signed 225,000 people to its 2-pound-a-week offering called Sun +. But that paywall has caused The Sun to sink into virtual online obscurity. Before the paywall The Sun attracted 30 million unique browsers each month, according to the UK circulation monitor, ABC. Since the paywall started, the paper is no longer ABC-audited online (its dead tree sales are, and they show that The Sun is the biggest selling UK paper, just in front of The Daily Mail), but according to the recent National Readership Survey, The Sun reached 13.6 million readers a month online and in print in the year to March 2015. This put it in seventh place, behind The Independent. The Daily Mail, with its free website, reaches 29 million readers a month in the UK (in print and online), and The Mirror (with its free website) reaches an estimated 23 million. — Glenn Dyer

Press Council rules on GILFs. An Australian Press Council adjudication has found that New Weekly did not breech its standards of practice after publishing a graphic depicting Prince Harry sharing some not-so-PC camera photos with a gaggle of children.

New Weekly magazine –“a celebrity gossip magazine and a satirical publication” — attached speech bubbles to Prince Harry telling African children in a photo that “these are the ‘private’ Christmas pics”.

Additionally, the picture depicts one of the kids in the photo telling Price Harry: “Hot damn! Granny is a GILF”.

New Weekly defended the speech bubbles it had inserted, saying that “publication of the material was within the bounds of freedom of expression” and that GILF (“grandmother I’d like to fuck”) “carried the connotation that a woman was ‘pretty’”.

Although the Australian Press Council concluded that the pictures implied a sexual theme that readers might find offensive and inappropriate, the APC found that in the context of the magazine’s style, the “level of offence … was not so substantially offensive as to breach the Council’s Standards”. — Crikey intern Aron Lewin

The inflated ratings season. Why is it that many print journalists have trouble with figures, especially TV ratings? Take Fleur Anderson in the Weekend Financial Review in a story on The Killing Season. She started her article:

What was wrong with that? Well the audiences for the first two parts of The Killing Season were nowhere near “almost 2 million”. The two programs averaged 1.3 million on initial overnight OZTam figures. That’s the national audiences, including metro and regional viewers. The two episodes so far failed to reach a million or more viewers in the metros. The national shortfall was “almost 700,000”. — Glenn Dyer

Video of the day. And the Matildas are through to the quarter-finals of the World Cup. 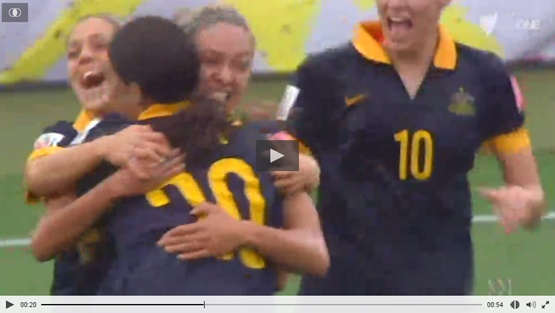 Front page of the day. The Fairfax papers have had enough empty rhetoric on climate change. Australia has announced its new carbon emissions target, and most climate scientists say it's not nearly enough. Jennifer Morgan global director of the Climate Program at the World Resources Institute (WRI), explains why.

Morale at the Bureau of Meteorology is at rock bottom, amid veiled pressure from the Abbott government, write Crikey reporter Sally Whyte and Crikey editor Marni Cordell.

How the government is sneakily taking over the Climate Change Authority

The government has decided to put the Climate Change Authority and Clean Energy Regulator under the purview of the Environment Minister. Not that you'd know it from reading the bill. Freelance journalist Marcus Priest reports.