Mayne: defeaning silence from the <em>Oz</em> as Rupert rigs markets

The Australian is quite clear on best practice for companies. Companies that are not owned by Rupert Murdoch, that is. 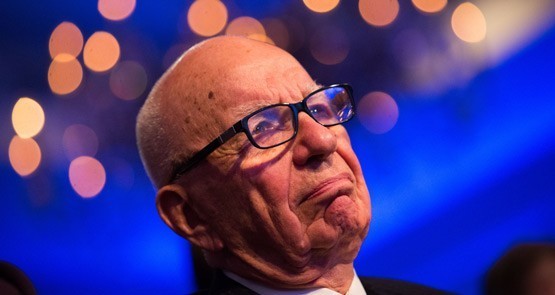 There’s always been a lot of “do as I say, not as I do” about Rupert Murdoch when it comes to issues such as ethics, fair play, competition, free speech and government intervention.

On February 13 last year, The Australian produced this editorial headlined “Qantas needs to be set free” above the sub-heading “the Federal government has no role restricting ownership”.

The paper was objecting to any form of handout to Qantas and instead called for the Qantas Sale Act to be repealed so there would be no limit on how many shares any local of foreign investor could buy.

Similarly, it was only last month that The Australian produced another editorial slamming Andrew Forrest for suggesting we needed to “rig” the iron-ore market and declaring he was “dead wrong to push for intervention”.

So why on earth isn’t The Australian objecting to the latest potential market distortions and shareholder ownership restrictions imposed by its proprietor on both the Australian media market and the non-Murdoch shareholders in News Corp?

If it’s bad that foreigners can’t collectively own more than 50% of Qantas, how can the News Corp board announce on Friday that for the next three years, only someone called Murdoch is allowed to own more than 15% of the voting shares in the company?

These sorts of poison pills are undemocratic, selfish, paranoid and illegal in most sophisticated markets outside the board-friendly regime operating in News Corp’s host US jurisdiction of Delaware.

The move was announced amid a blizzard of other developments last week in a clear attempt to distract attention away from this latest Murdoch governance atrocity.

Lo and behold, The Australian has so far published more than a dozen stories on the various Murdoch moves announced over the past two weeks but is yet to print a single word on the three-year extension of the poison pill, which Crikey covered extensively on Friday.

Then we have the question of market rigging and the coming bids for multi-year contracts to broadcast AFL and NRL games on Australian television.

In my opinion, the Foxtel move on Ten Network Holdings is primarily about Australia’s Murdoch-managed pay-TV monopoly retaining a large slab of exclusive live AFL and NRL content without over-paying through competitive bidding.

When Lachlan Murdoch and James Packer first bought their combined 18.8% stake in Ten and achieved board influence beyond their percentage holding, they managed to close down Ten’s dedicated sports channel and keep the company from even lodging a bid for the AFL rights in 2011, despite being an incumbent rights holder along with Nine.

It is an indictment on then-communications minister Stephen Conroy, the ACCC and ACMA that Lachlan was allowed to have any influence over Ten while he remained a director of News Corp and privately owned the Nova radio business.

In my opinion, this was a clear breach of the two-out-of-three cross-media ownership rule that applies to the newspaper, free-to-air television and radio markets in our capital cities.

Yet News Corp, along with its AFL rights partner and Presto joint venturer Kerry Stokes, has now prevailed on Tony Abbott to abandon Malcolm Turnbull’s plans to deregulate the old media market given the way internet and digital media has smashed barriers to entry.

How can News Corp preach minimal government intervention while lobbying against Turnbull’s deregulation agenda, even when Lachlan Murdoch appears to be personally in breach of the antiquated two-out-of-three rule?

To his credit, Mark Day slammed Abbott’s failure to act in a strong column in The Australian today, but this does not reflect the official position of the paper or the company, which is more in line with the Kerry Stokes “do nothing” approach.

Finally, we have the situation with APN News & Media. If BHP or Rio Tinto bought a 15% stake in Fortescue Metals and then started holding cosy meetings with its chairman and CEO before hiring its CEO, there would be an outcry about potential market rigging.

So why isn’t anyone complaining about the situation with APN News & Media, explained by Crikey on Friday, which is Australia’s third-biggest newspaper company after News Corp and Fairfax.

There’s a perception that exiting APN CEO Michael Miller always remained friendly to the Murdochs during his two years running the company.

Given that the Broadcast Services Act prevents anyone from controlling more than two radio stations in any capital city market, it does seem extraordinary that Miller will spend the next three months controlling APN’s radio business at the same time that he has committed to work for News Corp’s co-chairman Lachlan Murdoch, 100% owner of the Nova radio business.

Even if APN chairman Peter Cosgrove wants Miller to remain in charge despite having defected to Lachlan’s camp, ACMA should order him out of APN immediately to ensure that the now clearly associated team of Lachlan Murdoch and Miller are not simultaneously controlling four radio licences in Australia’s major capital cities.

Gotta watch that “defeaning silence“, it can deafen one.

Its just the same old corruption and cronyism that has become the norm in some areas of business in australia.

No one is holding a gun to anybody to invest in any murdoch or o ld media companies – who cares really, much better opps out there, you would need tco have eyes wide open to hold shares in any business associated with them, except REA.