Piracy was supposed to cost our creative industries 6000 jobs a year. But employment in movie sector has been growing steadily for two decades. 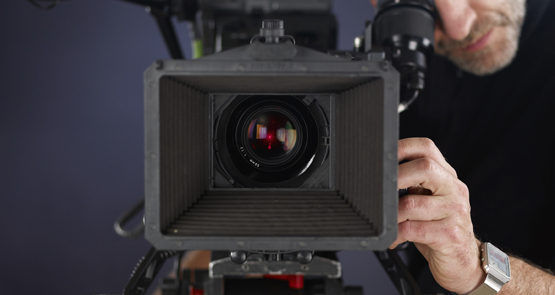 This week the government’s internet censorship bill will be debated in the Senate. It’s being referred to as the “site-blocking” bill, but let’s call it what it is — a mechanism whereby some of the world’s biggest companies can force your ISP to block your access to sites they don’t like, including, potentially, encryption and VPN sites.

The bill is another bipartisan attack on the internet from the Coalition and Labor, the parties that brought you mass surveillance earlier this year, done at the behest of the copyright industry, which is a generous donor to both sides and particularly to the Coalition. In addition to their cash, the big parties are happy to also use the copyright industry’s arguments in favour of internet censorship.

In particular, the politicians love to echo the claim made by the copyright industry that content piracy is destroying jobs in our creative industries. “Market research indicates that movie piracy alone costs the Australian economy $1.37 billion worth of sales, $193 million in tax revenue and 6100 FTE jobs each year,” shadow Attorney-General Mark Dreyfus claimed last week in debate on the bill. What he failed to disclose was that this “market research” was (you guessed it) “independent modelling” commissioned by the copyright industry several years ago and endlessly spruiked by the industry (and mindlessly repeated by the media) ever since. As Crikey showed at the time, those numbers Dreyfus is quoting are rubbish.

And courtesy of a small coincidence of timing, we can demonstrate again what rubbish those numbers are. We’ll leave aside the laughable claim that the copyright industry employs over 900,000 people in Australia (more than manufacturing). But last week, the ABS released its quarterly industry breakdown of jobs, including a breakdown of how many people are employed in each sub-division within each industry. So let’s look at the industry sub-division “Motion Picture and Sound Recording Activities”. In the May 2015 quarter, that sub-division employed 31,400 people. Hmmm. Not very big, then. Evidently the sector has taken a hammering because piracy is destroying the Australian film industry, right? Except, 31,400 (which was also the size of the sector in the February quarter) is the fourth-highest level in the industry ever. Or, at least, going back to 1984, when the data series begins. Maybe Ken G. Hall et al employed more people back in the days of Pagewood Studios in the 1930s and 1940s; we don’t know.

Employment in that sector allegedly being smashed by piracy is increasing — not uniformly, but substantially. At the end of the 1990s (when George Lucas was making Star Wars here) the industry barely employed 20,000 people. In the mid-1990s, the sub-division employed 13,000 — less than half of its current level. And if you think that’s not much of an achievement given the growth in the size of the economy and the workforce since then, compare some other industries. In the same period, manufacturing has shed over 100,000 jobs; agriculture around 80,000 jobs.

If piracy were going to destroy 6000 jobs in the arts sector every year, why is employment in the specific sub-sector that according to the copyright industry is the one directly affected by piracy now 31,000, compared to 24,000 in 2011, when this much-cited “study” was conducted?

Here’s hoping those big Village Roadshow donations to both sides of politics are a bit more authentic than their dodgy stats.

Luddites wave through internet censorship, regardless of evidence

Mysterious anti-piracy report to be released ‘this week’

Foreign governments and companies might want to block publication of their “copyrighted” works on Wikileaks.

So everyone in the courtroom will agree to secret censorship of the internet!

What’s more there’s no serious evidence that “site blocking” eliminates, or even significantly curtails, “piracy”. We have recently had Netflix, Presto and Stan enter the market to provide much of the previously unavailable or hard to access content that was allegedly being downloaded unlawfully. Not to mention the ‘three strikes’ warning code about to be introduced. Surely it would make sense to see if those two initiatives have the desired effect before adopting the site blocking sledgehammer?

Let’s keep an open mind on the future of communication. By the time sluggish governments begin to get a grasp on modern concepts (such as phones & the internet) & pass legislation to control & effectively cripple them, an innovative person/s may come up with something better.

Your saying the politicians “love to echo” certainly has a humorous tinge, coming as it does from your media entity which is a constant echo of material it has already run on numerous previous occasions.

It is true irony that, with all the other appalling abuses of our civil rights, from bop the stoats to metadata, it should this this tawdry shite that shows us the evil of banality.