‘Free trade’ with China not all that free

Most governments love a good free-trade agreement. But not all FTAs are equal. 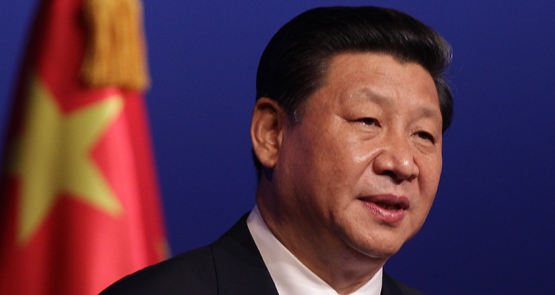 The rapturous hyperbole with which Tony Abbott greeted the long-awaited free trade agreement with China has only served to underscore the increasingly conflicted attitude towards China by both his government and Australia more generally.

Yet it was only two weeks ago that Abbott and Defence Minister Kevin Andrews were rightly admonishing China for its breathtakingly provocative program of dredging sand from the ocean floor and creating an artificial island in the South China Sea — a project that UNSW Professor Carlyle Thayer, one of the region’s sharpest observers, has noted is not the reclamation of land but the creation of new land. Two very different undertakings.

“Australia has made clear its opposition to any coercive or unilateral actions to change the status quo in the South or East China Sea,” Andrews told the annual Shangri-La Dialogue in Singapore on May 31.

“This includes any large-scale land reclamation activity by claimants in the South China Sea, and we are particularly concerned at the prospect of militarisation of artificial structures.

“Australia believes that all regional partners represented here have an enduring interest in maintaining safe and stable maritime trade and air passage.

“We therefore remain concerned by any developments in the South and East China Sea which raise tensions in the region.”

And right now China is hell-bent on raising those tensions.

So there it is, in a nutshell: the push-me-pull-you of the China-Australia relationship writ large over just a few weeks. But increasingly, it seems that one (Trade/Defence) pretendeth that the other does not exist. And then there is the elephant in the room: China’s appalling human rights record, which is getting worse, not better, under Xi Jinping.

We simply cannot pretend anymore that allowing China better access to world markets will encourage the government to make any concession in changing the trajectory of its repressive, authoritarian regime. But we want to have — or rather, sell — our cake and eat it, too.

There are other problems with the FTA  that are worth mentioning by way of balance for all the gushing commentary, regarding open doors and relationships taken to new levels.

It’s commonly accepted within the government, and indeed the opposition, that FTAs with any countries with which Australia has a serious long-term trade relationship are worthwhile. Driving down costs for consumers and opening up opportunities for businesses are, almost by definition, a “good thing”. But theories of trade diversion can mean that one party gets more benefit from the deal than the other, and China has form in putting off promises to open certain markets. Does anyone really believe that any Communist Party regime will open up sectors it considered to be key to national security, such as telecommunications, energy and resources, except around the edges for a bit of show?

It’s also not as if Australia does not already have a thriving and healthy trade relationship with China. As the sometimes staggering numbers repeated with this week’s announcement showed, China is Australia’s largest trading partner already.

Agriculture certainly looks set to benefit, but at what cost to the local consumer? There here is early evidence that the Japan and South Korean FTAs have seen surging agricultural exports to those countries. The government said on Wednesday that there had been a:

Yet there are real question marks over just how much Australia can raise its agricultural production to cope with increased demands and better market access. The most optimistic estimates say it can be doubled but given the billions of people in the Asian markets now being targeted, that’s likely to be a drop in the ocean. Australia is regularly short of water in most regions where livestock is raised, and climate change is making this worse, not better. And don’t look now, but here comes El Nino again this year; meteorologists are predicting that it will be at least as bad as 2009, and quite possibly worse. All the free-trade agreements in the world won’t cover for these events. So, as the swelling middle classes in Asia are prepared to pay more, your steak gets more expensive. Who wins?

Then there is the general business climate. The European Chamber of Commerce conducts a comprehensive survey of its members each year to take the temperature of doing business in China. Here’s a summary of its conclusion this year:

“The protracted Chinese economic slowdown remains the top business challenge. Pessimism about growth and profitability has forced European businesses to cut back significantly, particularly through headcount reduction: 39% are planning to cut costs — a large jump from just 24% in 2014 — with most of them planning employee lay-offs. China remains a key market and thus European companies want the ‘new normal’, much like China wants to move its economy up the value chain.

“However, the regulatory framework has yet to come into place. In particular, a better implementation of the rule of law is seen as the top driver for China’s economic development going forward.”

China is a tough place to do business and depending what industry you in, it’s getting tougher. China Inc’s business model (and again this is not so unique to China — the US and Japan, to use just two examples, have all done it to some extent in the past) sucked the intellectual property out of a sector. China initially welcomes foreign companies — and their investment — with open arms. Then it beats them back with its own versions of their business. This is now happening in services, just as it did for goods.

The Abbott government wants it both ways with China, and that can’t happen forever, so businesses should tread very carefully when approaching.

Thank you Michael; at last a sane summary of just what the FTA may mean for Australia (and it’s not all good). There has been little critical appraisal in the mainstream press.
Reference agricultural production, with China buying up large swathes of land for production (such as dairy farming) who will be the winners?

What is the complication on FTA’s

A true FTA is

Anything else is sheeer crap and we get screwed

Two sides at the table. One is negotiating for political points and their corporate masters and the other is securing their country’s energy and food future supplies.

Have a guess at which of these won the deal?

Maybe Pav. What we have signed up for is foreign workers, dangerous products, shitty steel and a country that will counterfeit every premium product and refuse to apply the laws. If you complain, expect to be arrested when you go to visit your company’s Shanghai office or when your company is successful and the local mayor wants his cut, Free trade without the rule of law = LNP bullshit!