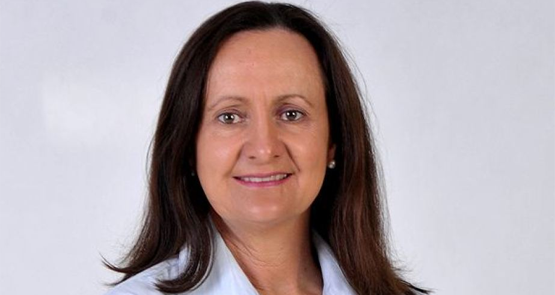 As the sun set behind her and the olive-backed orioles chortled in the background, Robyn Lambley stood alone and somewhat forlorn on the vast wasteland that is the forecourt of the Northern Territory Legislative Assembly. She was waiting to speak to the media — all four of us — about the explosive speech she has just delivered in the assembly, in which she announced her resignation from the ruling Country Liberal Party.

During that speech, notionally in support of Labor Opposition Leader Michael Gunner’s motion that an ICAC-style body be established in the NT, Lambley launched a long-overdue spray at her own party, the CLP, Chief Minister Adam Giles and the “boys’ club” within the parliamentary wing of his party. You can read the transcript of her speech here.

Lambley was elected to the Alice Springs suburban seat of Araluen in a 2010 byelection — following the resignation of fellow strong CLP politician Jodeen Carney — and when Terry Mills led the CLP back to power in 2012, after 11 years in the wilderness, Lambley was given the deputy chief ministership and senior ministries. Mills was dumped in an ugly coup in March 2013, and Giles took the reins. Lambley retained her seat on the frontbench but lost the deputy chief ministership.

In February 2014, Lambley was a co-plotter in a coup that failed miserably when Willem Westra van Holthe was ever-so-briefly installed as CLP leader. In the fallout to the coup attempt, Lambley was stripped of all portfolios and sent to whatever hellhole is the territory’s equivalent of Coventry. Westra van Holthe retained his ministries and was appointed deputy chief minister.

Lambley now has nothing to lose. Dumped from the ministry and shunned by many of her former colleagues — only Westra van Holthe and Sports Minister Gary Higgins provided her any comfort before her speech last evening — on Tuesday this week she learned that a redistribution would result in her seat of Araluen being scrapped in favour of a new seat in outer Darwin.

In 25 minutes last night, Lambley set out in excruciating detail how the CLP under Giles had fostered “this tumultuous, reckless political period”, noting that while she had retained a good relationship with many of her CLP colleagues, “a few have made my life hell”.

She issued a stark warning to any woman contemplating a future in politics with the Country Liberal Party: “… think carefully about your ability to endure what can only be described as abuse.”

“… also on the public record as being fed up with certain disingenuous, unethical practices within government. I have no doubt Kezia is considering her options for the future.”

Lambley reserved her sharpest comments for Chief Minister Giles (who was not in the assembly at the time) and Treasurer Dave Tollner (who was):

“This is the Chief Minister whose modus operandi is to eliminate, execute, annihilate and assassinate — and of course has no use for the truth …

“The truth is that my party has left me. The Northern Territory Country Liberals have been betrayed, and taken over by a dark, unpleasant, amoral cabal … I am throwing down a challenge to the Chief Minister and his Treasurer. I know your ways from the inside of the parliamentary wing. I know who you are. I said before in Parliament that the Government should not be led by the kinds of compromised and fallen figures who now hold the reins of power, and force all their colleagues into compliance through patronage or by means of threats …

“We have had almost three years of the politics of hate, discord and lies — the air is heavy with the weight of the misinformation and the fantasies spewed out by the Chief Minister and his propaganda machine. Scandal has followed scandal, and many of the key institutions of the Territory have been politicised.”

Outside the assembly The Northern Myth asked Lambley about her support for an ICAC-style body in the NT and whether there were any matters she thought relevant for inquiry by it, once established. Lambley had a a few candidates:

“Well, I think that the whole business of the pensioner and carer travel-scheme rorts. That was very poorly handled. Jodeen Carney raised this in her article she wrote for the Sunday Territorian just gone. An ICAC would have handled that much more efficiently and with no questions of independence. There are all sorts of allegations around, even in the chamber today we heard allegations … continuing questioning around travel for [Minister and member for Stuart] Bess Price. Travel allowance … living away from home allowance claimed by the Chief Minister. I mean, you know we need a totally independent body to process these allegations and see if there is anything that warrants investigation. At the moment it is at the mercy or the discretion of basically the Chief Minister and the government of the day.”

“We got half of Parliament today in support of it,” he said. “I think it’s telling that the vote was 12-all and that the independent commission nearly got up.”

“We believe its time has come. The Northern Territory will have an independent commission against corruption. But it’s probably going to take a Labor government to do it.”