Why did Chris Bath leave Channel Seven? That is the question everyone wants to know -- and anonymous sources at Seven seem keen to leak against her. 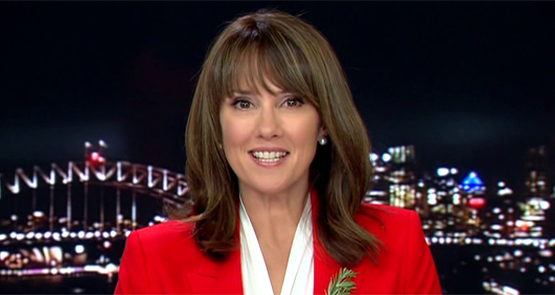 Forget cabinet leaks — the retributions and finger-pointing over who leaked details of TV news anchor Chris Bath’s salary negotiations are likely to be just as fierce.

Stories published in Fairfax and The Australian a few hours after Bath’s resignation yesterday upended what had, up to that point, been a well-managed strategy for breaking the news gently. Bath had, through Seven, issued a warm statement saying she was leaving because she didn’t want to live a life of regrets. Key executives gushed over her 20 years of service. Even Kerry Stokes had a line, saying she’d always be welcome at Seven. Online media outlets began trotting out videos of a fresh-faced Bath from 20 years ago. A feel-good story for all.

Then there was a slightly sceptical Fairfax piece — Andrew Hornery began his account by noting Bath’s insistence her departure was her own decision. And then, the bigger story dropped. Writing in The Australian, Sharri Markson said Bath had left after refusing to take a pay cut. The story was highly detailed, suggesting it came from someone quite well-placed (or well-connected). It revealed who’d been negotiating on behalf of Bath, both this time (lawyer Greg Sitch) and last time (former News Corp Australia chief John Hartigan), and even listed a salary figure: $800,000 a year. This was later disputed by Hornery in an update to his story — he said Bath’s salary was closer to $400,000 a year. He also carried a denial from a “senior Seven executive” about Bath leaving over salary: “No, that is incorrect. It was never about the money with Chris, we did everything we could to get her to stay” (a denial expanded on by Bath herself in an interview with The Daily Telegraph).

What’s known is that Seven is cutting costs across the board, especially in the news and current affairs division, and cutting deep. For example, this time last month the network would up its news investigations unit, with its leader, Max Uechtritz, resigning (though reports at the time said he’d continue on in some sort of consultative capacity — which is useful to ensure he doesn’t go off and work for one of Seven’s competitors). And we have been told by Seven sources that everyone in the newsroom has been taking a haircut of late, and that Bath refused, as she had when she’d first been moved out of weekday news and onto the weekend bulletin (though it’s worth noting she also worked special events coverage for Seven as well as the weekends). There are certainly those within Seven who believe Bath left over salary negotiations and the size of the cut she was being asked to take.

“It wasn’t unamicable  — I actually think though she preferred to have a break as she has worked non-stop for 20 years,” a Seven insider told Crikey. The fact that Stokes took the highly unusual step of issuing Bath with a “come back anytime” comment in the release announcing her departure also lends credence to the idea that she left on good terms.

But the news that she’d left over salary, and particularly speculation about what her salary was, is hardly helpful to her public standing. And one doesn’t have to cast back too far to find stories of those with an axe to grind. In his book on his years at Sunrise, Adam Boland regaled readers with tales of Bath Vader, the nickname Sunrise host Sam Armytage had reportedly given Bath. The Guardian‘s report on Bath’s departure yesterday noted the journalist had for years feuded with Seven news director Chris Willis. “The two have not spoken to each other in years,” Amanda Meade wrote. And that’s just what’s been rehashed prominently in the media.

TV always has big egos, but the fact is stories of internal drama in recent months have almost entirely come from Channel Seven in Sydney. The damaging leaks against Armytage have prompted an internal investigation. It followed Sunday Night’s previous executive producer Mark Llewellyn losing his job (though staying at the network) after an investigation found he’d physically attacked a producer. And Boland’s book. And so on.

Yesterday was no exception to the generally bitter environment. “You can be sure that the Jones Bay folk, from the very top down, are furious,” another insider said, referring to Seven’s corporate headquarters in Sydney. “Like the federal government, everyone at Seven now has a theory on who leaked and why.”

Complicating matters is that for all the reported examples of “Bath Vader”, Bath was a woman in a very male work environment, and she stood up for herself and wasn’t backward in asserting her position. In the media, as elsewhere, women who stand up for themselves get labelled negatively as being ‘’too aggressive’’ and “difficult’, but when those same traits are seen in a male, its often a positive. Today, the Daily Telegraph has published the “rumoured” salaries of many of Seven’s top presenters, and it’s worth noting that even if she was paid $800,000, Bath’s salary would have been higher than that of many of the network’s female stars, but not the salaries of the men listed.

Still, a story of Bath’s decades of achievement on television was quickly overwhelmed with details of negotiations over salaries most viewers can only dream of. Whether this would have happened at a network not so prone to leaking and recrimination isn’t certain. It’s far from the happy ending Seven’s executives would have hoped for.

Weekend Sydney newsreader leaves job – the rest of the country gets on with life.

Is this story really worth a huge slab of Crikey? Has the public interest been compromised?

My only other comment is that it’s no wonder that poor viewers are persecuted with so many appalling and repetitive ads which apparently are needed to pay these utterly ridiculous salaries.

Why is someone so well paid to read a script prepared by (what pass these dire days as) ‘real journos’?
And who gives a flying. And why did Crikey bother emulating TV Soap…errr..Week?

How anyone with any feeling below the neck is able to sit through the ad-riddled offal that is commercial free-to-air television is beyond me.