Should ACMA police children's cyber-safety, media concentration or prank phone calls? The polygot agency is getting a long-mooted review, but as Tom Burton writes, it'll be tough for the government to change much. 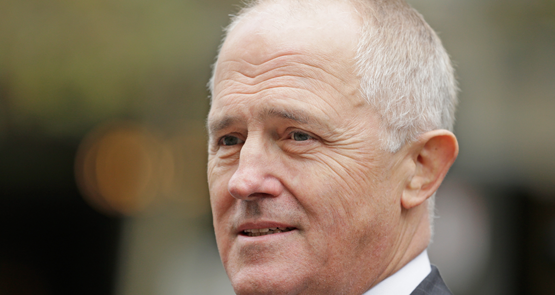 The review had been mooted for months, as the government considered the future of telco regulation and the reform of patently outdated media laws. And as the government considers who will replace ACMA’s long-serving chairman, Chris Chapman, when he steps down early next year, the real question is: will this be another lipstick-on-the-pig exercise, where the same regulatory deck chairs are shuffled around various Canberra agencies, or does the department — and its minister — have the policy and political capacity to drive more fundamental change?

In many ways, the ACMA review is a litmus test for the government’s deregulatory agenda. As serious observers inside and outside the bureaucracy know, the regulatory repeal days the government is so fond of have really just been spring cleaning. Despite the deregulation fervour of the new government, in the communications sector we have seen two new major regulatory interventions. The metadata requirement on telcos and ISPs is estimated to cost the industry up to $320 billion, and we now have a whole new entity called the Children’s Safety Commissioner, which will oversee the take-down of bullying and inappropriate content from the likes of Facebook, Twitter and YouTube. Good luck with that.

Importantly, the review effectively sidelines the future of communications and media regulation as the government considers the recommendations of the broader Harper Competition Review. For a government with a real appetite for big reform, Harper was potentially an opportunity to remove a lot of sectoral regulation, leaving the Australian Competition and Consumer Commission as the uber trans-economy regulator.

The government’s dramatic loss of political capital over the last 12 months means there is no cabinet appetite for taking on the big vested interest groups, so any enthusiasm for a clean sweep of the cacophony of industry-specific regulation has gone.

ACMA has been through various incarnations over the last 25 years, operated as a series of specialist small regulatory agencies — telco, media, spectrum — but was brought together in 2005 to recognise the digital convergence that makes technology-specific regulation look so arcane today. The aim was to review and repeal the suitcase of laws and media regulations ACMA was set up to oversee. This never happened, and today ACMA is a $90-million-a-year agency, overseeing a rule book that every intelligent observer knows has to change, if not be burnt.

A root-and-branch review of a regulator begs the question: what regulation should it oversee? There would be no need to have a large taxpayer-funded media complaints entity if the broadcasters took their customer complaints more seriously. Nor do you require the mountain of licencing rules and legal arcanery, if we accept the internet means we no longer need complex media concentration rules to ensure diversity.

Currently, the telco industry answers to two regulators: ACMA and the ACCC. The ACCC is not on Turnbull’s favourite list — with various NBN reviews targeting the ACCC for giving the green light to the NBN and more fundamentally creating a pricing regime that encouraged ISPs but stymied network development. While any media changes to ACMA’s remit will grab headlines, where telco policy and regulation goes is the key to what the future regulator looks like.

On the media front the selection of Seven’s well respected regulatory chief, Bridget Fair, to be on the advisory reference group is equally telling. Seven have been the most litigious of the media groups against the ACMA, contesting — mostly without success — a whole series of the ACMA’s breach findings, which followed audience complaints. After the High Court found in favour of the ACMA over the legality of its breach finding against 2DAY FM’s infamous nurse prank call, the broadcast networks were almost shrill in their complaints about the ACMA’s regulatory overreach.

Seven of course don’t need a seat at the review table to get their message through. Turnbull’s great personal and business mate is Seven’s commercial director, Bruce McWilliam, and the venerable McWilliam is a sophisticated business critic of the ACMA.

Chapman was a former managing director at Seven for a short period in the 1990s and has been at the head of ACMA for the entire period of its existence. Unusually, Chapman is both chair and CEO, something that also irks his former broadcast colleagues. Chapman was appointed by the Howard government and reappointed by Labor Senator Stephen Conroy, then communications minister. It was never personal, but Turnbull had hoped Chapman would step aside when the new government came to power. That hasn’t come to be, and there has been a steely standoff ever since.

Unlike most regulators, who tend to defend their rule book, Chapman has been an outspoken critic of the current regulatory regime, producing a wealth of material exposing the problems and arguing for a much more flexible regime of mid-tier powers.

This is especially so in the digital space, where the networks and services are truly global — and where regulatory intervention demands a far more nimble, fit-for-purpose approach than setting up yet another statutory regulator with heavy-duty compliance powers.

Turnbull is old-fashioned when it comes to regulation and prefers clearly articulated requirements so everyone knows where they stand, and more importantly, you don’t have regulators who have significant discretionary power. Especially when its comes to the media, where governments of all colours like to keep these rules tightly managed by themselves.

The problem is that over 25 years we have been piling regulation on top of regulation. One of the reasons ACMA now has such a swag of complex regulations to administer is that governments are famously good at throwing their latest dead-cat policy initiative over the regulatory fence. Kids’ e-safety is just the last of a long line that has included live sports betting, and local news content in the regions.

Repealing these costly and mostly ineffective rules would be a good starter for the departmental deputy secretary, Nerida O’Loughlin, and her colleagues charged with the review. O’Loughlin is a veteran Canberra player, has worked at ACMA, and if history is a guide will take a pragmatic approach. However, unravelling the bigger mess will require a piece of high-quality policy and stakeholder work, and a key question is if the Department of Communications has the political, policy and intellectual firepower to pull off this type of fundamental review.

The review is as wide as you can make it and will need to cover and absorb a huge amount of deeply challenging regulatory design and application thinking, in a space where there are not any easy examples to copy or build on. And ACMA, which has the intellectual smarts, if not the remit and courage to reform itself, is not even on the advisory group over seeing the review. It will report before Christmas.

The author worked at the ACMA for four years, overseeing the agency’s digital engagement and transformation program. This is an edited version of a longer article, which first appeared at The Mandarin.