LeBron’s salary a slam dunk, but money dribbles in for Dellavedova

Determining which players deserve colossal pay is relatively easy in sport. But in business it's a bit trickier, writes economist and journalist Jason Murphy. 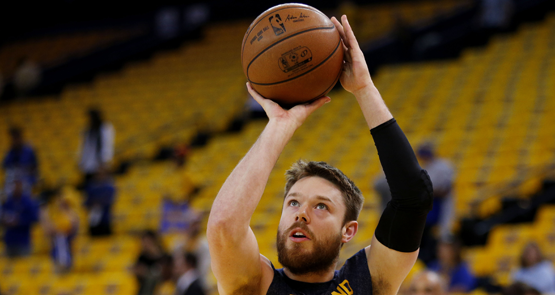 Born in 1990 in Maryborough, near Bendigo in Victoria, Dellavedova has taken an express lift into the stratosphere of American sports stardom, following some stand-out games.

In the finals of the US national basketball league for the Cleveland Cavaliers, stadiums full of fans now chant his nickname: “Delly! Delly!”. His face, with its sandy-coloured beard, has made it onto the front pages of newspapers across America.

But Delly is not the star of the Cavaliers. Or he’s not supposed to be, anyway.

His team includes LeBron James, named four times the NBA’s most valuable player and a basketballer many say is the best of his generation.

NBA pay is always an issue.

The NBA has a Gini coefficient of 0.52, according to one estimate, making it more unequal than Mexico

Every team has players that make as much as top CEOs, living, travelling, eating and playing alongside players who make a lot less. (The lowest paid player in the NBA in 2014-15 got US$29,000, according to ESPN statistics. David Stockton was on court for 26 minutes this year, took 9 shots and made 7 points).

The pay distribution shows most NBA players clustered at the bottom. 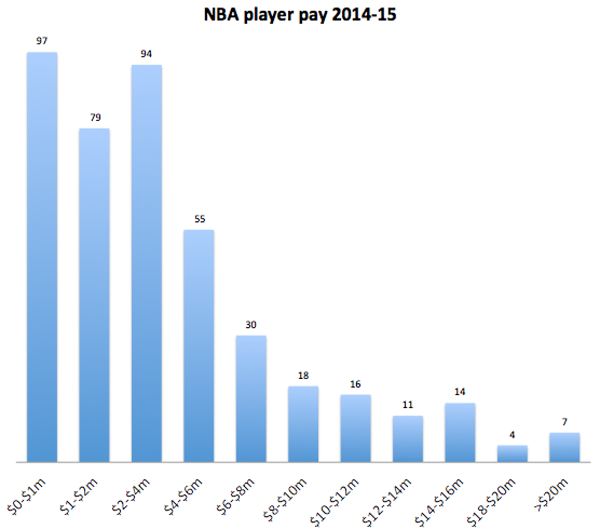 For comparison, here’s AFL player pay.  The distribution has a stronger centre. (And the numbers are a lot lower!) 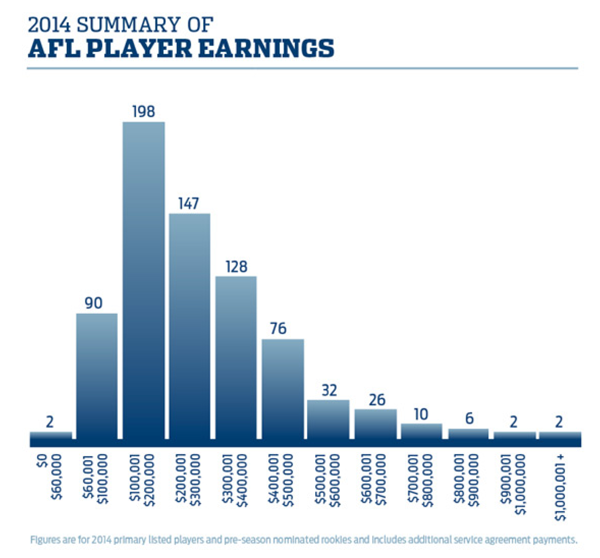 NBA players make more money because the revenues of the NBA teams are so much higher, and because the roster of players is a fraction the size of an AFL team. More pay is shared by fewer players.

Despite its disparities, NBA is not the most unequal sport. Like AFL, NBA teams have a salary cap.

Major League Baseball, which doesn’t have a cap, is even more unequal. Some estimates suggest that without a salary cap, top NBA players might double their pay.

In the real world, inequality is associated with poor growth and lower scores on well-being indices. In business, it can be hard to explain why some people are paid more. High pay is often associated with having a sympathetic remuneration committee. In sport, at least, there is abundant data to support that proposition.

Deciding who should be paid most in basketball is comparatively easy. The effort and outcomes of LeBron James and Matthew Dellavedova can be observed and measured in four 12-minute periods. A basketball player doesn’t have to balance the short term and the long term. They take it, as they say, one game at a time.

But the effort and decisions of a CEO are somewhat harder to judge.

Sure, the job of a player in a team sport is more complex than that of a golfer or runner — their quality might be obscured by poor teammates, a bad game plan or a very well-organised opposition. But that’s minor compared to the way an executive’s quality is obscured by economic conditions, business systems they have little to do with, their competitors, or changing consumer demand.

But does inequality work for or against success in sport?

There is data on both sides of this argument. Some researchers have found more equal teams win more. Last year’s NBA champions, the San Antonio Spurs, were considered a prime example. Some have found the reverse, and history has plenty of examples of successful teams built round a highly paid superstar.

And those highly paid superstars are soon to make even more. In 2016-17 the NBA’s salary cap will explode from $66 million to around $90 million, due to higher revenue from TV rights.

As it happens, Matthew Dellavedova’s contract runs out before then.

He may never make it to LeBron James’ income bracket, but his years of earning less than some AFL footballers will doubtless soon be behind him.

Sorry but comparing income inequality on an NBA team to that of entire countries of millions of people is inane.