Were we funding terrorism when we bribed people smugglers? 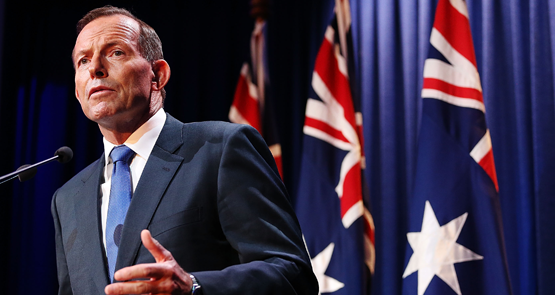 If Australian officials have bribed people smugglers, they may have breached criminal law, including laws against the funding of terrorism, and have almost certainly breached the law relating to Australian Public Service conduct.

The United Nations High Commissioner for Refugees has confirmed asylum seekers trying to reach Australia claim they were intercepted by the Royal Australian Navy and held for several days before being returned to Indonesia by people smugglers paid by Australian officials.

Providing support to people smugglers is an offence under both the Commonwealth Criminal Code and the Migration Act. Section 73.3.A of the Criminal Code, for example, makes it an offence to provide material support or resources to another person or an organisation to engage in conduct constituting the offence of people smuggling. That applies to activities by Australian citizens completely or partly outside Australia, and the penalty is 10 years’ jail. However, the Attorney-General must approve any prosecution — although “a person may be arrested, charged, remanded in custody or released on bail in connection with an offence against this Subdivision before the necessary consent has been given”.

It’s also a crime to provide aid to Australia’s enemies during a time of war. The government insists we are at war with people smugglers — that’s the whole rationale for the absurd secrecy attaching to Operation Sovereign Borders. And just to back it up, Scott Morrison twice said that we were in a “war” against people smugglers. The treason section of the Criminal Code (section 80) makes it a crime (punishable by life imprisonment) to engage in conduct that “will materially assist the enemy to engage in war with the Commonwealth”. But that only applies if “the enemy is specified, by Proclamation made for the purpose of this paragraph, to be an enemy at war with the Commonwealth”. The “war against people smugglers” boasted about by Scott Morrison in fact is a rhetorical war only, a war of tough talk, not a real one.

Regardless, however, any official who has engaged in bribing people smugglers will have breached the act governing the Public Service, the Public Governance, Performance and Accountability Act 2013. Section 26 states that “an official of a Commonwealth entity must exercise his or her powers, perform his or her functions and discharge his or her duties in good faith and for a proper purpose”. As the Department of Finance’s guidelines explain, this means:

“To ‘act honestly, in good faith and for a proper purpose’ means that officials must act in a sincere or honest way for a purpose that they are employed to do and empowered to undertake. In doing so, an official is required to manage or use public resources in a proper manner. Section 8 of the PGPA Act defines ‘proper’ as ‘efficient, effective, economical and ethical’… an official could think of their duty to act in good faith and for a proper purpose, under section 26 of the PGPA Act, by considering whether an informed person would deem an action to be appropriate. This means that on balance the official is performing an action consistent with the aims and operations of the entity that would reasonably not be expected to result in a detriment.”

Would a reasonable, informed person believe bribing people smugglers was appropriate and would not result in a detriment? Given the government’s stated objective is to “break the people smugglers’ business”, that appears unlikely indeed.

If, as suggested by The Daily Telegraph this morning, the bribery of people smugglers was performed by the foreign intelligence service ASIS, that doesn’t fix the problem of breaking the law (and, by the way, you’d expect there to be an AFP investigation of a leak about ASIS operations … oh except sorry, it’s an official leak that serves the government, so it won’t be investigated).

As we explained last week in relation to ASIS’s bugging of the East Timorese cabinet in 2004, ASIS officers aren’t liable to prosecution if they break the law as long as it is “done in the proper performance of a function of the agency”. But this exemption is only intended to apply to conduct “which might otherwise be prohibited by the unintended consequences of certain Australian laws”. There’s nothing unintended about the application of laws against people smuggling, given the legislation explicitly refers to Australian citizens.

How to make asylum seekers a national security issue? This could be done by linking people smuggling with terrorism, as ASIS’s responsible minister Julie Bishop has recently done. But then that leaves ASIS in a dilemma — it would have funded people smuggling, which funds terrorism — thereby acting contrary to the interests of Australia’s national security. So no legal exemption would apply.

Indeed, if Bishop is correct, bribing people smugglers could breach section 103.1  of the Criminal Code, on financing terrorism. That section states that a person commits an offence if (a) the person provides or collects funds; and (b) the person is reckless as to whether the funds will be used to facilitate or engage in a terrorist act. The section is drafted broadly to ensure authorities can stop Australians from providing money to terrorist organisations around the world. If, as Bishop says, people smuggling funds terrorism, it would be strange if giving money to people smugglers wasn’t caught by it.

its most likely the UN’s fault, or the ABC or Labor.. or maybe Gillian Triggs payed them?

What about AUSTRAC? The reporting is $10,000 A$ or the equivanent foreign currency amount. I wonder if the Quartermaster or who ever looks after the money filed a report.

And what if they dodn’t hand over the money? Bit of a windfall for the Capt & Crew.

The Yanks sure funded terrorism when they armed the Mujahideen, who consequently became the heavily-armed Taliban after the Russkies withdrew from Afghanistan.

It seems likely that public servants acting under govt authority have paid those transporting refugees. Logically then, if Abbott & Brandis are to be believed, then yes those australians have both funded terrorism and aided the enemy in time of war. But really, we all know that the war and terrorism talk is just bullies making excuses for their brutality.

After this government has invested so much in it’s “terrorism Trojan horse”?