Clinton 2016: a coup for women, minorities and the working class

Hillary Clinton officially launches her presidential campaign, and seems to have it sewn up on the left, writes freelance journalist Alan Mascarenhas. 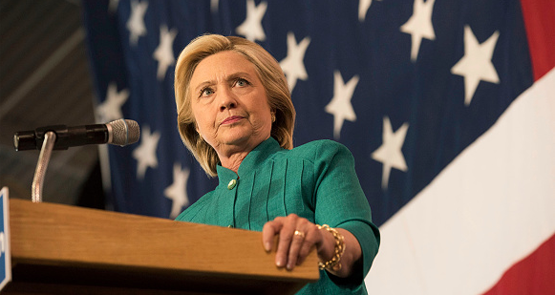 And so “Hillary Clinton 2016” is away. So far, we’ve had the video, the trip to Iowa where the world’s most famous woman wore dark glasses and tried to order incognito at a roadside Chipotle. We’ve had the round tables with handpicked supporters, the tableau about as spontaneous as a Pyongyang film set.

Other presidential launches go big. Until now, Hillary Clinton has been a multiplex attraction deliberately slumming it on the art-house circuit. This has allowed her to dodge media questions about her email or the byzantine workings of the Clinton Global Initiative, which her rivals have been working furiously to traduce as little more than a high-class slush fund. Yet for Clinton, the result has been little definition of her candidacy, gnawing doubts about her trustworthiness and a growing number of Republicans yapping at her heels.

On Saturday, the slow drip ended with Clinton’s first major campaign rally on New York’s Roosevelt Island. Bill, of course, was there, with the slightly sheepish air he has perfected for these occasions — one designed to suggest he is merely a proud bystander these days, and just happened to be out at Four Freedoms Park for his weekend stroll.

And the speech itself? Clinton is no orator, and both she and the crowd gamely battled through it for 45 minutes. Threaded with references to her late mother and the obligatory nod to a relative somewhere in the family tree who had a hardscrabble upbringing in Scranton, Pennsylvania, Clinton’s speech offered a valiant somewhat unfocused checklist of Democratic priorities. But most of all, she left no doubt she will be running for Obama’s third term.

The psychodrama between the Clintons and Obama is long gone. On Saturday, Clinton stressed the continuity between the presidency of her husband — responsible for “the longest peacetime expansion in history” — and that of Obama, who “pulled back from the brink of depression, saved the auto industry and provided healthcare to 16 million working people”. Her presidency would be about locking in the gains at a time of sub-6% unemployment, when “people are beginning to think about their future again”.

She hinted at a post-Obama agenda: paid family leave, paid sick leave, universal access to preschool and quality childcare. But the speech also fell short on some big questions. Channelling her inner Elizabeth Warren, the Senator from Massachusetts, Clinton talked the language of inequality and gave unnamed CEOs and hedge fund managers a lashing — but offered nothing concrete on how she would tackle Wall Street. Neither did she weigh into a key issue furiously dividing Democrats — the Trans-Pacific Partnership free-trade agreement.

Other than that, the speech was designed to elicit easy squeals from strategic segments of the Democratic base. A path to citizenship for Hispanic migrants. Tackling unequal rates of incarceration. Expanded early-voting rights. No more GLBTI discrimination. Foreign policy barely got a look in, suggesting Clinton’s advisers have concluded her tenure as secretary of state is more useful to her chances in the abstract (as reinforcing her qualifications) than for any tangible security improvements she engineered. It’s a shrewd calculation. If Clinton is vulnerable anywhere in a Democratic primary, it’s on foreign policy, where her muscularity sits uneasily with her party’s base — while in the general election, the deteriorating state of world affairs is one of the few areas that Republicans are itching to run on.

Saturday’s speech was designed to leave little room for the cranks and gadflies to Clinton’s left in the primaries. These include former Rhode Island Republican senator Lincoln Chafee, former Virginia senator Jim Webb and Bernie Sanders from Vermont, who wants tax rates back over 50%, and over the weekend sent out a letter to supporters in spidery, barely legible handwriting that would do a doctor proud. Speaking to American liberals, one is struck by the number of people coming out of the woodwork to say they’ve admired the mangy old socialist for a long time. More likely, the energy to Clinton’s left will eventually be captured by former Maryland governor Martin O’Malley (currently an asterisk in the polls) or even New York mayor Bill de Blasio — a no-show at Clinton’s launch on Saturday, who, if not a rival candidate, is still shaping up as a nuisance.

Still, in the end, Clinton is the only candidate of stature with whom Democrats can hope to hold the White House. The general election is another question, but in a Democratic primary, demographics are everything. Many white male liberals (never Hillary’s strong suit) will likely baulk at pulling the lever for her. But Clinton’s stranglehold on women, gays, African-Americans, Hispanics and working-class Democrats should make her an unstoppable force in these primaries.

That’s the trouble with Hillary – the closest she comes to conviction is Whitewater?

Hillary will have no real competition for the nomination because no one is stupid enough to want to die in a plane crash ala Senator Wellstone, JFK Jr etc.

What with Jeb Bush running too, I will be ordering a “I’m ready for oligarchy 2016” bumper sticker.