What lies ahead for Peter Greste? 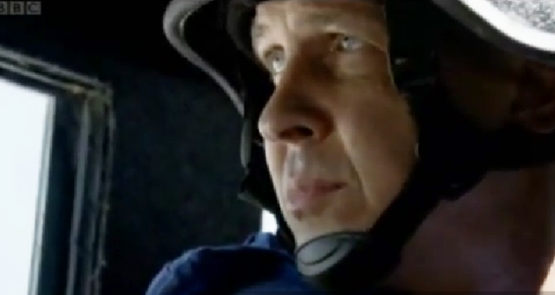 The retrial of Al Jazeera English (AJE) journalists in Egypt was yesterday adjourned until June 25, when it is expected the judge will hear the remainder of the defence’s arguments.

Judge Hassan Farid suddenly adjourned the case after one of the defence lawyers for a student involved in the case said he would take longer than five minutes to present his final argument.

Australian correspondent Peter Greste is still facing trial in Cairo despite his February deportation. He told Crikey via email on Wednesday that he is being tried in absentia, which would result in the maximum penalty, if found guilty.

Greste’s colleagues, Canadian bureau chief Mohamed Fahmy and Egyptian producer Baher Mohamed were in court on Thursday to hear the defence’s arguments for the charges of spreading false news and assisting a terrorist organisation. All three deny the charges.

Mohamed’s lawyer, Mohamed Wahba, passionately insisted to Farid that there is no evidence a crime was committed or that his client is a member of the outlawed Muslim Brotherhood. Wahba also stressed that the technical committee confirmed the trio’s footage was not broadcast, therefore the charge of spreading false news is not valid.

Greste is unsure which way the retrial will go, noting “the prosecutor hasn’t presented any new evidence to the court, so there is just as little evidence this time, as there was the last time around, though we are concerned.” He added, “As long as justice is done, and the court makes a judgement based on the facts, we will be fine. But that doesn’t stop me from worrying.”

Fahmy told Crikey by telephone on Wednesday that the judge for the retrial is “much more diligent” than his predecessor, but he is “not hopeful” that this will mean the acquittal of him and his colleagues.

Fahmy says the judge has focused on the fact he and his colleagues had been operating in Egypt without a press pass. Fahmy says this could land him and Mohamed a sentence of one to three years. “We had no idea AJE didn’t have a licence,” a point that he has made repeatedly in court. He has accused the Qatari-owned network of negligence, while pointing to email transcripts in which he asked AJE headquarters in Doha about the legal status of operating in Egypt. Fahmy has launched legal proceedings in Canada to sue Al Jazeera for $100 million for negligence.

Fahmy also faces a terrorism charge, which he is concerned might stick due to the “retaliatory trend” from Egypt’s judiciary in cases relating to the outlawed Muslim Brotherhood.

Greste and Fahmy were arrested at the Marriott Hotel in December 2013. Their arrest was recorded and televised in Egypt. Baher Mohamed was arrested later that evening at his home.

The journalists were sentenced in June 2013 to seven years in a maximum-security prison, with Mohamed receiving an extra three for possession of an empty bullet casing. Following an appeal, Egypt’s Court of Cassation ordered a retrial in January, which was followed by Greste’s deportation and the bail release 11 days later of Fahmy and Mohamed.

Fahmy relinquished his Egyptian citizenship in December 2014, and he said it “tormented” him to choose between his “identity and freedom”. He was told this would result in his deportation, but as Greste left the country, Fahmy was let in prison. He has vowed to fight to regain his citizenship.

British journalists Dominic Kane and Sue Turton, who work for Al Jazeera, and Dutch journalist Rena Netjes were all handed 10-year sentences in absentia. Defendants who are not present in court receive the maximum sentence, which can be overturned if they hand themselves in to face trial.

Greste said he offered to appear by video link in court, but this offer has, as yet, not been accepted. The former BBC correspondent is still unsure over his legal status within Egypt. “I was deported on an executive order, and it seems clear that I can’t return to the country now without violating that order,” he said. “If I am acquitted, it isn’t clear what effect that will have. The problem is that every aspect of our case has no legal precedence, so it is hard to know what it means in practical terms.”

The June 2014 sentencing prompted global outrage and condemnation regarding freedom of the press inside Egypt. The authorities have condemned Al Jazeera’s Arabic channels over their coverage of developments in Egypt, accusing the Qatari-owned channel of bias towards the Muslim Brotherhood. The defendants have asserted many times that AJE is a separate channel to Al Jazeera’s Arabic channels, but this has fallen on deaf ears.

The trial was riddled with procedural errors causing delays, and the prosecution’s evidence against the trio included a song by Belgian-Australian artist Gotye, a news clip of trotting horses and photos of Greste’s parents on holiday.

Despite uncertainty surrounding the outcome of the trial, both Greste and Fahmy see advocating for press freedom in their futures. Both acknowledge that they are using the media attention on them as a platform to support free press and to campaign for those still imprisoned. Greste said he would like to go back to reporting and “cover big stories and do long-form documentaries” adding that he feels a “moral obligation” to take on the fight for “press freedom, safety and freedom of speech”.

Fahmy has set up the “Fahmy Foundation for Press Freedom” since his release on bail. He hopes to help other journalists around the world who have been jailed. His focus now is on Mahmoud “Shawkan” Abou Zeid, a photojournalist held in Egypt since August 2013 without formal charges brought against him. Fahmy believes he could be on the brink of release, but you never really know what is going to happen in Egypt’s judicial system.