Tony Abbott's Darryl Kerrigan moment ... Muir not sure when his re-election might be ... which VC is making big bucks? ...

Delly not in it for the money. The fourth game in the seven game series of the American NBA finals will be underway or close to ending by the time Crikey is published — the star has been Le Bron James for the Cleveland Cavaliers, with great support from unheralded Aussie Matthew Dellavedova (a Victorian lad from Maryborough at 6ft 4 inches is a bit small for the NBA, but he towers over his fellow Aussie athletes). In a game of giants, he is a “small” man (it’s all relative), and in the salary stakes, he is also “small”. ESPN reported overnight that he is the lowest paid of all the players in the NBA finals — Dellavedova’s salary this year was revealed as US$816,000 — just on A$1 million. That makes him very well paid here (around what Buddy Franklin gets at the Swans, but not as much as Daly Cherry-Evans’ new deal at Manly in the NRL). For contrast, Le Bron James has a two-year US$42 million contract with the Cavs. NFL players and baseballers get a lot more. “His teammates drive Lamborghinis, Ferraris and, in James’ case, a $60,000 Kia he gets paid millions to be seen in. Dellavedova drives a Mazda,” ESPN reported. The residents of Delly’s hometown don’t care what he drives though, they’ve renamed their town “Dellyborough” today.

Feel the serenity, Tony. Yesterday Prime Minister Tony Abbott tried to endear himself to broadcaster Alan Jones and his listeners by taking on a new enemy (most of us would have our hands full with terrorists, asylum seekers and double-dipping mums, but not our Tone). “When I’ve been up close to these things, not only are they visually awful, but they make a lot of noise,” Abbott told Jones. “These things” of course refers to wind turbines, which are currently the focus of a senate inquiry. When it comes to assessing the beauty of such infrastructure, we think that the PM should take a lesson from one of the best Australian philosophers and defenders of the constitution to ever have considered such topics — Darryl Kerrigan.  “He reckons power lines are a reminder of man’s ability to create electricity,” Dale said in the opening monologue of the classic movie. Surely we should be thinking about wind turbines in the same way? 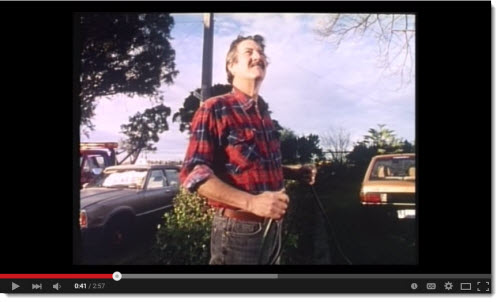 Muir not looking for votes. Motoring Enthusiast Senator Ricky Muir made a speech in Heyfield in Gippsland on Wednesday night, where he made his argument in favour of legalising same-sex marriage. Muir said that it wasn’t country people who were holding the legislation back:

“BeyondBlue has revealed that rural same-sex couples are six times more likely to suffer from depression, anxiety, self-harm or suicidal thoughts. For me, especially being a rural person, this greatly concerns me as I honestly believe that a life in the most remote corner of our great country is just as important as any other life anywhere else.

“It is said that country people are not yet ready for this change but people many rural folk of all different backgrounds tell me that they are. These are people like myself.

“There are many people living within rural communities who are already in happy, meaningful and fulfilling relationships. There are also many people who are completely aware and supportive of this.

“I do not think it is up to large lobby groups, or political parties to tell us what we are or are not ready for. The reality is, the majority of people I have spoken to or have contacted me seem to overwhelmingly accept the lifestyle of others and do not feel threatened by a change to the Marriage Act.”

Which made Ms Tips think maybe it wasn’t so bad that we accidentally elected this guy. Muir also said that he didn’t want to use the issue to get votes in the next election — he doesn’t seem to realise that unless it’s a double dissolution, he doesn’t need to run for re-election for another three years:

“The next election is set for later in 2016, at this stage, but instead of waiting for an election cycle and using this issue to gather votes rather than outcomes, I thought it would be better to come out with my views.”

Guess who? The Australian published a list of the salaries of vice-chancellors around the country this week, showing that even though budgets are being squeezed on campuses, the bosses aren’t feeling the pinch in their pay packets. But a tipster tells us that one VC is better off than the table tells us:

“The league table of VC Salaries is a farce. One well-known regional VC has his real salary concealed lest the students complain in an era where staff cuts have been substantial. His Council and Chancellor have much to answer for.”

Academics or criminals? This tip comes from our correspondent in the hotbed of crime that is the Australian National University in Canberra. Yes, the institution that employs some of the country’s finest academics is also home to some hardened criminals — last year federal crime stats showed a sharp rise in parking fines at the university. Our tipster, “a disgruntled resident of the ivory tower,” tells us that more crime is probably on the way:

“From 2014 the ANU tripled its parking fees. Some of this money has gone into a fancy ‘vPermit’ system which has no real advantages for users, but streamlines the work of parking inspectors. Under the new system, holders of undercover parking permits may park any on of 3 registered cars in their designated parking station. Today staff were advised each time they park, they must log on to a web site to ensure that the car they have parked is the ‘active’ one of the three. In other words you have to remember to do this over breakfast, or once in the office after the walk from the carpark. The motto of the responsible Division of the ANU is: ‘Enabling academic excellence through integrated and innovative facilities and project delivery’. Expect to see a new ACT crime wave over the coming months.”

We hope the uni’s security staff are on the lookout for anyone who dares to swap cars with their partners.

Finding a house. A tipster tells us that in Sydney real estate agents are using foreign investment as a tool to lure people to sell their houses. Bubble, what bubble? 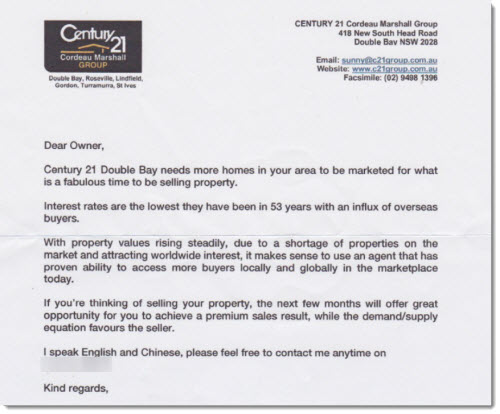 We all had our perceptions of Ricky Muir and he’s in the process of blasting them all away.

For a minute there Miss Tips with your reference to the Kerigans, I thought you were going make some comments about where the PM was going to mount the jousting sticks. Considering he is channeling Don Quixote at the moment.