Mayne: is the Sun King abdicating? Not exactly …

This latest shuffle is all about incrementally increasing Murdoch family power with the independent checks and balances of competent non-Murdoch managers being cast aside. 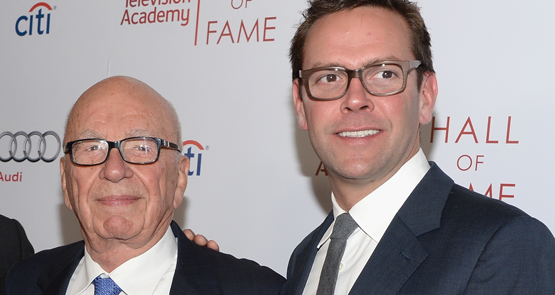 Do BHP Billiton chairman Jac Nasser and Sir Rod Eddington really think it’s a good idea to elevate James Murdoch to the position of CEO of 21st Century Fox? And do they want the highly regarded Chase Carey, currently co-chief operating officer along with James, to step down?

So it would seem based on a Murdoch family leak to Fox News, which broke the story today about next week’s 21st Century Fox board meeting agenda item reportedly involving such a move.

At any normally governed company, independent directors would be up in arms about decisions being leaked before they have formally been made. It sounds like the way Tony Abbott runs his chaotic cabinet in Australia.

Nasser, Eddington and their fellow 21st Century Fox “independent” directors, who were all hand-picked by Rupert Murdoch, have clearly not agreed to any such move as yet, because there is nothing on the 21st Century Fox website. The last press release related to 21st Century Fox and News Corp explains that the two are moving in together at the World Trade Centre building, when they really should be separating their headquarters like every other demerged company.

Carey has done a great job over the past eight years running the Murdoch family’s North American operations while the fanatically dynastic Rupert blows up cash hanging onto his dinosaur newspaper operations, tries to influence Western governments, tweets and ponders ongoing succession challenges in his often dysfunctional family.

As always, the patriarchal Rupert seems to think only his sons can succeed him, but this gets complicated when juggling two public companies and the chequered CVs that James and Lachlan Murdoch bring to the table.

So, here are the key questions that need to be answered in next week’s public announcement:

Finally, it is important to note that Rupert Murdoch is not surrendering any real power. He still controls the family trust, which, by way of an appalling gerrymander, controls about 40% of the votes at News Corp and 21st Century Fox.

This latest shuffle is all about incrementally increasing Murdoch family power with the independent checks and balances of competent non-Murdoch managers being cast aside.

The situation at Ten Network Holdings is another complicating factor. If Foxtel does indeed take a 15% placement, it is impossible to see how Murdoch lieutenant Hamish McLennan could remain as executive chairman under Australia’s cross-media ownership laws.

Then again, the Murdochs have made a career out of gaming media laws and bending regulators to extend their two-decade run as the world’s most powerful family.

Today’s leak to Fox News is just another step along the way in that journey for a family that is now worth about $15 billion, and carrying very little risk through either public or private debt.

However, people like Eddington and Nasser should be ashamed to be associated with the appalling governance breaches uncovered through the phone-hacking scandal.

After that, no normal company would ever promote someone like James Murdoch to CEO. And after all the stuff-ups on his watch at Ten Network Holdings, the promotion of Lachlan Murdoch to joint co-chairman at two public companies is also laughable in terms of standard governance practices.

Could you leave these two alone in charge of the family lolly shop?