Is the Bilderberg Conference a conspiracy of Nazi lizards to take over the world?

The Bilderberg Conference is a big annual global policy talkfest. But some people think it might be something more sinister ... Crikey intern Bransen Gibson explains. 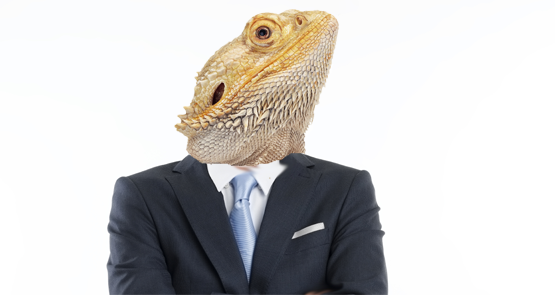 The annual Bilderberg Conference is in full swing, with 140 of the world’s richest, most powerful and influential people meeting to discuss today’s most critical topics. The conference is shrouded in secrecy — no media or journalists are allowed inside the events, and guests are encouraged not to talk about what goes on inside. Each year conspiracy theories about what happen inside the event swirl. Is the conference a meeting of some sort of secret shadow government? Do the guests plan how to run the world? Or do they plan to destroy it? We break it down.

What is it, exactly?
The Bilderberg conference is a three-day meeting held once a year, where informal discussions about global megatrends and issues are held. This year’s conference will be held in Telfs-Buchen, Austria, from June 11 to 14. The conference was first held in the Netherlands in 1954 at the Hotel de Bilderberg, from which the conference gets its name.

Are they trying to run the world?
The conspiracy around the event stems from the fact that no one on the outside really knows what goes on inside the meeting. Although the list of topics to be discussed is published, journalists and media are not allowed inside the event to report on what actually happens (though some are invited as attendees). Bilderberg says this is “to encourage the highest level of openness and dialogue”.

Until the public knows exactly what happens during the event and what is discussed, conspiracy around the event will continue to circulate. Some conspiracy theories circulating about the Bilderberg conference and its members are:

Who goes?
Between 120 and 150 people from Europe and North America are invited to attend the conference each year. The conference is an invite-only event, with guests including politicians, experts from finance, academia, media and industry, and CEOs. Some big-name and interesting people attending this year’s conference include:

A full list of this year’s guests can be found here. This year 22 different countries are represented. The US will have the most attendees with 34, Great Britain is in second place with 12, France will have 10, Austria nine and Germany eight. No Australian has ever attended.

What do they talk about?
Guests at the conference discuss a wide range of topics, focusing on global megatrends and major issues. The key topics for this year’s conference include:

All participants are free to use the information discussed at the conference, but are not allowed to identify the source it came from or their allegiance. This is to encourage participants to speak freely and openly, without consequence.

How do you get invited?
There is no application process to get invited to the conference. Steering committee members suggest people to invite to the chairman based on diversity and if they can offer a different point of view. The chairman then consults with the committee and decides whether an invite should be sent out. The conference aims to have guests from all different backgrounds, generations, gender and views.

Is it a big deal?
There are plenty of powerful and influential global and industry leaders at the event, and the topics listed for discussion are real and current issues, so there is the potential for serious action to be taken based on the discussions at the event. The conference was originally started to encourage more discussion between America and Europe, but there is no specific aim for the conference, no votes and no resolutions proposed. Whilst there is the potential for the event to be a big deal, there is no way to confirm the effect it has on global decision making.

Where are the Asians? Uninvited?

Perhaps they are lizardy enough?