A day in Joe Hockey’s little bubble of privilege 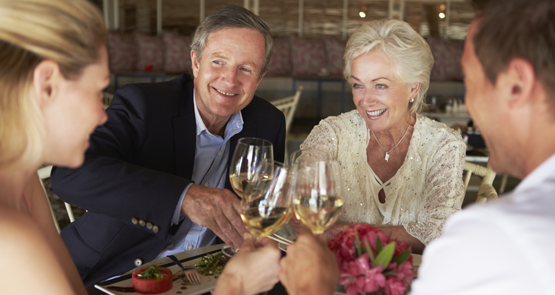 Now that Joe Hockey is a property expert, it seemed only right to spend a day in his shoes, walking the leafy boulevards of beautiful Hunter’s Hill. A couple of days ago, our federal Treasurer said that the key to buying a house was to get a job that pays good money. Well, if you want to emulate Joe and buy a sandstone mansion in this prestige Sydney suburb, you are going to need a very good job. In 2004, Joe and his wife, Melissa Babbage, paid $3.5 million for a superb heritage house in a good street; it’s now said to be worth $5.4 million. With a median house price of $1.9 million, it’s no surprise that Hunter’s Hill, surrounded by water and only 30 minutes to the CBD, is full of lawyers and bankers. They are the only ones who can afford it.

Hanging around Hunter’s Hill is like being in The Truman Show — everything is so perfect, it’s slightly surreal. The streets are lined with grand sandstone houses, sitting on very large blocks of land with stunning gardens. Wandering into a group of shops on Alexandra Street I found a busy Italian restaurant and a French restaurant that advertises take-home meals. If you ring Le Village you can pick up a “sous-vide” serving of beef for dinner — I’m not sure what that means, but it sounded delicieuse. The other shops were a florist, an art gallery, an interior decorator selling Colefax and Fowler fabrics and a marvellous store called Avenue Joffre, which seemed to have more cashmere than all the goats in Mongolia. Whatever the ladies-who-lunch in Ottimo were wearing, it certainly wasn’t polyester.

This is Liberal Party heartland. Having coffee at the Ironwood cafe, next door to the Woolwich Pier Hotel, I was surrounded by well-dressed seniors. No doubt they were self-funded retirees who, thanks to the government’s generous superannuation tax concessions, had enough money to spend $40 a head for lunch. On a wet Wednesday lunchtime, I got the last table.

Last month, a Chinese couple set a new record for the suburb when they paid $12.85 million for a large house with water views. One of the local real estate agents, John from McGrath Partners, said that prices were up 15% over the past 12 months. “It’s not a suburb for first-home buyers,” he said.

It’s not surprising that Joe would move there; living in Hunter’s Hill is a natural progression for someone with his pedigree. Hockey was a few years below me at Sydney Uni law school, so I am very familiar with his type. In those days, the law school had many boys like him — privately educated, middle-class, entitled. They had been placed on to a very long elevator that carried them from middle-class homes in Sydney’s north shore and eastern suburbs to good private schools to Sydney University to study law, medicine or engineering. There, they played rugby union and student politics — like our Prime Minister — and strengthened the bonds they’d made with other boys of their ilk. By the time our federal Treasurer left uni, his future was assured; employment in a large commercial law firm, a job in politics, a safe seat.

Whenever Joe says something stupid, like poor people don’t drive very much, or that buying a house requires a job that pays good money, he reveals the narrowness of his life experience. Everyone rails against the union dominance of the ALP, but at least Bill Shorten has worked with people who earn a basic wage. Hockey, 49, has spent his whole life in a small bubble of privilege.

It was reported yesterday that he and his wife own four properties between them, including a holiday house at Stanwell Park and a dairy farm in far north Queensland. The fourth one is a large house in Canberra where he stays when Parliament is sitting, for which he can claim a $270 a night living-away-from-home allowance. Now, wouldn’t that be a handy way of paying off your mortgage?

Walking around, I couldn’t help feeling that if I’d married one of those boys from law school and moved here, I’d be one of those well-shod ladies at lunch, snapping my fingers for another pinot gris. Because if you spend most of your days surrounded by the trappings of the good life, you quickly get used to it. And instead of thinking that you’ve been lucky enough to win life’s lottery — you were in the right place at the right time, from the right family — you start to feel that you deserve it. And if you are the federal treasurer, you feel entitled to hand out advice.  Just work hard and get a good job — is that all you did, Joe? I don’t think so.

Not only was Joe’s Dad a Palestinian refugee who worked hard to send his son to private Catholic school but he changed his name and pretends to have an Irish family background!
His wife is CEO of Deutsche Bank in Sydney and so on a 6-figure salary before bonuses. This must be what he means by ‘get a good job that pays well and is stable”! Pity there is only one head of each bank.
She probably gets discount mortgages, like other bank employees, so owning multiple properties would be a no brainer.
Not only is Joe’s salary paid by the taxpayer but also his ‘Travel Allowance’ of about $270 a night. He pays this to his wife for his room in a large house in Forrest, Canberra’s most salubrious suburb. And rents the other rooms to his colleagues! Of course he and/or his wife can claim Negative Gearing when the taxpayer funding income doesn’t cover the costs of the mortgage and maintenance. What a rort!
But then, in Hunters Hill, it is probably just normal.

Whilst masquerading as adults, these boys seem to not only be in a bubble of privilege but they have matured very little since we were all at Uni together. Views so under-developed and unchanged from uni days.

The lack of empathy for church goers and church educated boys is another feature of the front-bench that troubles me enormously. If today you hear His voice harden not your hearts. How hard the hearts have become.

Always a stylish contribution from our favourite Sydney chronicler.

The best description of Joe’s “good job with good money” comment I’ve heard is that it’s his “let them eat cake” moment.

This article is below even Crikey’s flexible standard of journalism.

I can sum it up thus.

“Joe lives in a part of Sydney that few can afford!! Good grief, I’ve been there and seen how out of touch these people are!! And I can tell you all the Joe actually thinks he deserves it!

And I still don’t understand why having a view that, “buying a house requires a job that pays good money” is stupid.