Sarah Hanson-Young and <em>Zoo</em>: why satire is no defence against defamation

The Greens Senator has won a case against Zoo for photoshopping her head onto a bikini model's body. 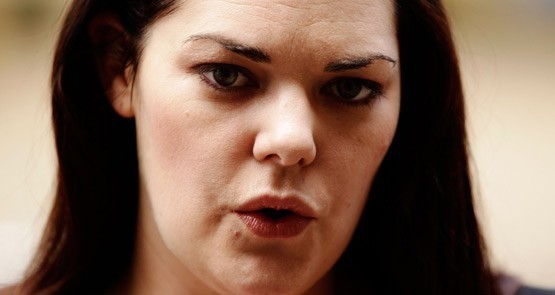 On Thursday, Greens Senator Sarah Hanson-Young won her case against Bauer Media, with the NSW Supreme Court ruling in her favour (though declining to award costs to either party).

The case was about a 2012 image published in Zoo Weekly  in which Hanson-Young’s head was superimposed on a lingerie model’s body. The magazine had urged Hanson-Young to agree to a “tasteful” bikini or lingerie shoot, saying that if she agreed, the magazine would gladly house the next boatload of asylum seekers in the Zoo office. Hanson-Young wasn’t amused — she sued, arguing the image held her up to ridicule and implied she was only important as a sexual object. Nearly three years later, she won, saying in a statement on Sunday that it was important for young women to see their leaders taking a stand against sexism.

Of course, newspapers, magazines and websites use photoshopping on a daily basis to drive home their stories. And in the days before Photoshop became common, cartoonists have for centuries lampooned public figures through similar methods. The law on whether or not this is defamatory is very, very blurred, Minter Ellison lawyer Peter Bartlett says.

Bartlett advises The Age on legal issues before publication and says Walkley-winning Age cartoonist Ron Tandberg often quips that he could publish books of cartoons kiboshed by Bartlett’s legal advice.

“It’s staggering to me how someone like a Ron Tandberg can look at that article and pick out the guts of it, and create very simple and provocative cartoon. It’s an absolute art.” But which ones go too far? Bartlett says it’s largely a “gut reaction” judgement on whether it crosses the line, and whether the subject will sue.

“We had hoped that with High Court decisions on freedom to communicate on matters of government and politics, there would be fewer instances of politicians suing,” said Griffith University media law expert Mark Pearson. “But that has proved over more than 20 years now to be far less effective a defence than we’d hoped.”

“Material should only be defensible if it has a real public benefit element to it on a real matter of public concern,” Pearson said.

In the Hanson-Young case, Pearson says, the derogatory and sexist nature of the material, and the fact that it wasn’t closely tied to a criticism in the news cycle, made it hard to argue public interest.

In copyright law, there exists a defence for satire and parody. But no such defence exists in matters of defamation. This means the only defence media outlets are left with is honest opinion or fair comment. “That requires that the material be factually based, and be on a matter of public interest, and be fair,” Pearson said. “The problem with photoshopping heads of people on bodies in awkward or embarrassing situations is that it is a work of fiction to be doing that — so it’s very hard to argue that it is based on true facts, no matter how much a matter of public concern the actual message coming from it might be.”

It tends to be safer to extrapolate such depictions from matters in the news. But even then, lawyers will often wildly disagree on such satirical depictions and their imputations. In 2013, Crikey asked some of the nation’s leading defamation lawyers on whether Hanson-Young had a case. Barlett said she “quite possibly” did, but Justin Quill of Kelly Hazel Quill disagreed.

“I don’t think the average reader would have thought any less of her because it was clear it was just a photoshopped image,” Quill said. “Does it hold her up to public ridicule? I don’t think so. There was no attempt to pretend it was her — I don’t think it’s enough to justify a defamation action.”

In a similar case, Bartlett says, most defamation lawyers thought the ABC was in the clear when it aired a Pauline Pantsdown song lampooning Pauline Hanson in 1998. But a court ruled it implied Hanson was a homosexual and “generally unsavoury character”, and ordered it not be played again (the injunction is still in force in Queensland).

There’s a long history of public figures suing the media for publishing photos of them to do with sex or gender, whether doctored, drawn or real. In 1993, rugby league player Andrew Ettingshausen won $100,000 from HQ magazine after it published a photo of his genitals (Ettingshausen argued the magazine had implied he deliberately allowed the photo to be taken). And newsreader Anne Fulwood won her case against Penthouse in the same year after it published a cartoon depicting her as naked from the waist down. And more recently, Chris Kenny won a payout and apology from the ABC last year after a sketch from The Chaser, featuring a digitally altered photo of Kenny, was found to have breached ABC editorial policy.

It must have been a slow news day?