Is this the end of cheap airfares? Qantas winning airline wars, but the real loser is you

Qantas and Virgin are rolling back cheap airfares. And that is very bad news for the flying public. 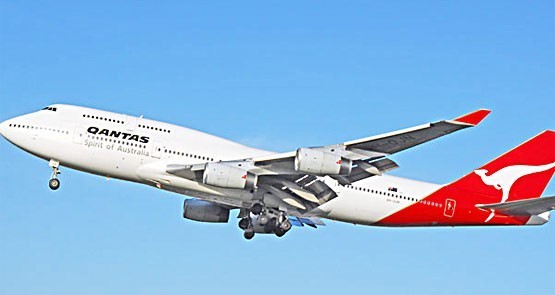 This morning’s bombshell from Qantas about reinstating flights direct to San Francisco, while American Airlines returns its Sydney-LAX direct daily flights for the first time since the ’90s, adds to the competitive shake-up being felt by travellers on key domestic and international routes.

That is “felt”, as in costing more, although it is fair to point out, these flights don’t cost as much as most fares did in the early naughties or late ’90s.

The roll-back of the good times in lower fares on domestic routes seems almost as though it has been orchestrated with immense care not to kill off too much demand but, of course, done completely independently by both Qantas and Virgin Australia.

On such benchmark routes as Melbourne-Sydney — for flights tomorrow or in the near future — the combatants, having kissed and made up over their earlier fare and capacity wars, are asking around $50 more each way for the cheapest available seats than they were at the start of the year, and similar increases are showing up on their respective low-fare brands Jetstar and Tigerair.

If you want a more “flexible” fare , the rise in general is more like $100 (or more) each way on a range of flights in the once more gold-plated south-eastern cities, including in Tasmania.

The duopoly is not only back, but banking the benefits of cheaper fuel and fuller flights, with Qantas making it abundantly clear it is going to crush Virgin Australia in terms of profitability this year and, so far as we can see, next year; bragging points that its smaller competitor has already conceded.

Which brings us to what happened this morning. Qantas is expanding its reach on the routes to America with the help of giant US carrier American Airlines, pending its acquisition of Boeing 787-9 Dreamliners sometime in 2017 and beyond, as circumstances permit.

This adds to the encirclement of Virgin Australia by Qantas this year and underlines the risks for the former’s happy band of owners and consumers in general.

Virgin Australia will never get brand-new jets like the 787 Dreamliners for the give-away prices Qantas, under Geoff Dixon, screwed out of Boeing late in 2005.

The 787s  were very late in coming, but enough of the original pricing survives to ensure that if they were obsolete Soviet-era jets, they would still kill the economics of anything Virgin Australia might get out of Boeing or Airbus, unless the carrier tapped into the bulk orders for Dreamliners and A350s that one of its foreign airline stakeholders, Etihad, holds.

There is absolutely no sign that such largesse from Etihad might be forthcoming, or even possible under various rules related to equity, not to mention the attitudes its other foreign carrier stakeholders Singapore Airlines or Air New Zealand might have to such an eventuality.

What Qantas is demonstrating is that it has access to very keenly priced new jets, and the confidence of a large US carrier in terms of accessing the vital America routes. This is compared to its Australian competitor, which has three foreign airline backers, which don’t necessarily agree on anything other than that Virgin Australia isn’t making enough money. Or any money.

For consumers, the pressure that Virgin is under means that it is unlikely to engage in a red-hot fare war with a competitor with inherent advantages of scale and, it seems, better fuel price contracts, and all of the connectivity that comes from American code-shares in one hemisphere, and those of Emirates in another.

The next pressure point on Virgin might come from domestic fleet renewal requirements. Qantas hasn’t played that card yet when it comes to renewing its single-aisle jet fleet, while Virgin Australia has ordered only 23 new 737 MAX jets for the end of this decade.

But Qantas is rolling out 30 refurbished A330s (some of them for regional international routes) and seems more attuned to the need to lift the size of its typical single-aisle jets from the limitations of today’s 737-800s to something as large as the Airbus A321. The worst thing that could happen to Virgin is to end up with too few seats per slot at Sydney Airport, meaning it really needs to acquire something larger and more numerous than it has ordered.

Qantas pleads for govt protection from the Joyce discount