NSW will soon have its fifth ombudsman in 30 years, the veteran John McMillan, a favourite of both Howard and Rudd. 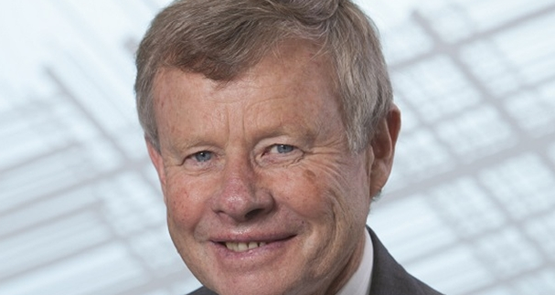 Bruce Barbour’s record-breaking 15 years as New South Wales Ombudsman ends on June 30 with the appointment of Professor John McMillan, the former Commonwealth ombudsman, as his successor.

At 65, McMillan has agreed to accept the inferior statutory position for a limited period of two years instead of six.

Barbour’s marathon role at the public watchdog ends amid a major review of government bodies involved in the oversight of the NSW police. Former Liberal MP Andrew Tink has been asked to streamline the functions of the Police Integrity Commission, the Independent Commission Against Corruption and the ombudsman.

Barbour was initially appointed for a seven-year term by premier Bob Carr in 2000 and it was extended by another six years by premier Morris Iemma. When he came to office in 2011, premier Barry O’Farrell prolonged his stay until June this year and Premier Mike Baird has decided to stick to that timetable. Barbour’s end-of-term salary was $466,951 a year, higher than the salary of Prime Minister Tony Abbott or the NSW Premier.

In an unusually terse statement announcing McMillan’s appointment, Baird concluded: “Finally, I would like to commend Mr Barbour for his services to NSW.”

In the final months of his job, Barbour came under parliamentary scrutiny for delays in his inquiry into the police handling of more than 200 search warrants to bug police officers and journalists.

Committee chairman Robert Borsak of the Shooters and Fishers Party will reopen the long-running inquiry next month to consider leaks to the media that were damaging to the deputy police commissioner Nick Kaldas, once considered a contender to become the next NSW police commissioner.

In a preliminary report tabled earlier this year, Borsak wrote:

“Although I was personally assured by the government (in 2012) that the Ombudsman would report within six months, it is now February 2015 and his investigation has not concluded. Instead the Ombudsman’s inquiry has been criticised by some of its participants for taking too long, being held in ‘secret’ and for focusing too much on the ‘whistle-blowers’ who leaked documents and brought these serious concerns to light.”

The committee’s deputy chair, Greens MP David Shoebridge, said the replacement of Barbour with an acting ombudsman for two years was a “Band-Aid solution”.

“The Ombudsman’s ongoing mishandling of the multi-million dollar police bugging inquiry has seriously damaged the office’s reputation. This requires a permanent fix …

“No one would envy the new Ombudsman’s job of picking up the broken pieces of the police bugging inquiry and trying to turn it into a coherent report.”

McMillan will be the state’s fifth ombudsman in more than three decades. The first statutory officer George Masterman QC was appointed in 1981 by the late premier Neville Wran and succeeded by eminent Sydney solicitor David Landa (1988-1995).

In being offered the NSW ombudsman’s position, Professor McMillan has been thrown a lifeline by the Baird government. His previous position as Federal Information Commissioner, processing Freedom of Information applications, has been terminated by Abbott government budget cuts and blockages in the Senate.

Among Baird staffers, McMillan is regarded as “very competent” and “safe as houses”.

As prime minister John Howard made him Commonwealth ombudsman in 2002 and prime minister Kevin Rudd extended his term by another five years in 2008. Need I say more?

Does the euphemism “safe as…” mean will not discomfort the comfortable?