Recruitment, arms, motivation: what the West is doing for terrorism

The War on Terror is all about the West helping recruit terrorists and arming them. Mistake or design? 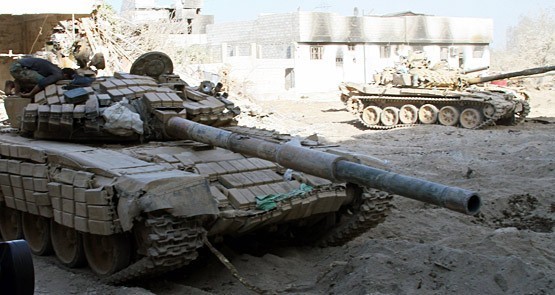 For a long time, Crikey has been arguing that the War on Terror is self-perpetuating and that that might well be the goal of Western governments, since the War on Terror is an excuse to give themselves more power and funnel more money to large defence companies that directly benefit from endless military interventions, usually in the Middle East.

With that thought in mind, here are some further examples sceptics of that theory may like to reflect on:

“I think the president has tried to make sure that we’re able to push the envelope when we can to protect this country. But we have to recognise that sometimes our engagement and direct involvement will stimulate and spur additional threats to our national security interests.”

Meanwhile, at home neoconservatives are pushing for more Australian troops to return to Iraq and fight IS directly, while our aircraft should be freed up to kill more civilians in order to properly take the fight to Islamic State. Yesterday The Australian used claims that IS might use weapons of mass destruction (yep, we’re back to hyping WMDs in Iraq) to demand more airstrikes. As always with neocons, we just need to incinerate a few more Muslims to secure victory.

The West is stimulating (to use the CIA’s words) recruitment for terrorist groups, it is providing arms and other assistance to them, and it and its proxies are enraging the populations among whom terrorist groups operate with our military tactics. Our policymakers and their cheerleaders are either profoundly stupid or deliberately engaged in a policy of trying to perpetuate the War on Terror. Which is it?

The rationale of fear – what a great little earner.

I’m with the “profoundly stupid” option.

What’s that old saying? Yeah, ‘war is a growth industry.’

Re your
‘I’m with the “profoundly stupid” option

Shock..!!!! I agree with you David.
You do understand logic after all, at least some of the time. Respect..!!