What Snowden has so far revealed about Australia’s surveillance culture

The response to the Snowden revelations in Australia has demonstrated how backward our politicians and media are on national security and surveillance. 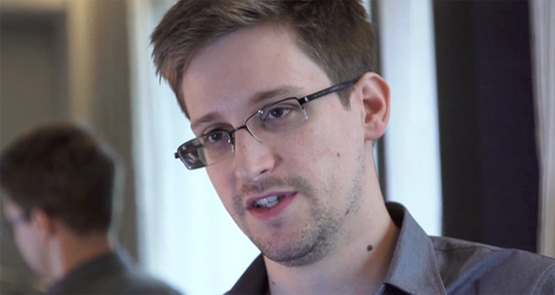 Two years on from the first of what became a steady stream of revelations by Edward Snowden about mass surveillance by the intelligence agencies of the United States, the UK, Canada, Australia and New Zealand, Australia remains a deeply backward political culture when it comes to surveillance.

Snowden’s revelations about Australia alone were remarkable. Through him we learnt:

Snowden was hailed as an important whistleblower almost immediately in the United States in 2013, even by some Republicans, traditionally the most hawkish party on national security. In Australia, he was repeatedly condemned by Labor and Coalition figures alike. Attorney-General George Brandis went furthest, claiming Snowden was a traitor — though he was embarrassed when asked to explain how Snowden could be a traitor when even the US hadn’t charged him with treason. Brandis was also unable to produce evidence for his claim that Snowden had placed Australian lives at risk.

The stenographers who pass for Australia’s national security journalists also attacked Snowden, echoing a persistent claim made by Snowden’s critics that he had revealed no illegal activity. The results in lower US courts have been mixed, with some judges ruling NSA activities illegal and others not, but in May the US Court of Appeals ruled that bulk metadata collection by the NSA was illegal – and in doing so, relied heavily on the material provided by Snowden himself, ignoring US governments efforts to dispute it. And let’s not forget, Snowden confirmed that the head of the NSA had perjured himself to Congress.

Above all, Snowden ignited a debate in the US about mass surveillance and the overreach of intelligence agencies. Indeed, at one point US President Barack Obama sought to justify himself by claiming he had been intending to commence such a debate himself, but was merely waiting for the right time to do so.

This week brought another stage of that debate, with Congress for the first time reducing the scope of the generous legislative remit under which the NSA operates. The NSA will no longer collect metadata on American citizens itself, but will have to go to carriers for it (like our data retention scheme), and there’ll be slightly more transparency about both the compulsion to which communications companies are subjected, and decisions of the rubber-stamp secret court, FISC. The small scaling-back of the NSA’s powers in the USA Freedom Act came after extended debate, legislative brinkmanship and two years of argument over Snowden’s revelations, including a review panel hand-picked by Obama that was unable to find any evidence that the NSA’s mass surveillance programs had been necessary to prevent a terrorist attack.

In Australia, there has been nothing. Literally, nothing. While US politicians feel confident arguing the pros and cons of merits, all efforts to discuss, confirm or find out more about the activities of ASD here and overseas and how much data about Australians it is handing over to the NSA have been stymied by the joint efforts of Labor and the Coalition to shield our intelligence agencies from scrutiny. The media has been content to accept this conspiracy of silence from the major parties, and even supported it. Only Greens Senator Scott Ludlam and independent Senator Nick Xenophon have been prepared to use the existing, inadequate parliamentary committee system to try to discuss the issues raised by Snowden, and they have been met with hostility and silence from both Labor and Coalition governments.

Nor has there been any legal action undertaken in response to ASD’s poposed handing of bulk metadata on Australians to the NSA, or any other aspect of the ASD’s activities. As the debate over data retention showed, in fact Australia has a very shallow and limited pool of civil society institutions to take on rampant intelligence agencies, unlike the United States, where the American Civil Liberties Union and the Electronic Frontiers Foundation are forces to be reckoned with. Nor, in the joint committee on intelligence and security, do we have any genuinely independent institutional oversight of intelligence agencies. The conflict between the US Senate intelligence committee and the CIA over the committee’s torture report – which prompted the CIA to spy on the committee, then publicly apologise for having done so – is unthinkable here, where the only sparks that fly are when the Attorney-General’s Department, which seems to regard the committee as a particularly annoying speed hump to its plans, treats it with more contempt than usual.

For that matter, Australians themselves don’t seem too exercised about the whole issue of surveillance. They broadly oppose data retention, but not by a huge majority, and the government hasn’t done itself any harm imposing mass surveillance on it. Instead, the only response of Australians has been a big jump in the use of encryption and anonymisation, both in response to the Snowden revelations and in the months since the government announced it was imposing mass surveillance. This, at least, is the next best response to mas ssurveillance — when we collectively use tools that make it vastly more expensive for the NSA and its minions like the ASD to “collect it all” and be able to read it.

Tip of the Day: Spies like us. No, really, spies actually <em>like</em> us

For that matter, Australians themselves don’t seem too exercised about the whole issue of surveillance.

Perhaps it just hasn’t been properly presented yet ?

Glenn Greenwald was interviewed on ABC’s Lateline last night. A report of that interview can be found on the Guardian’s website for those who missed it. Greenwald said, in effect, that Australia is one of the most active countries in the world in terms of surveillance of its citizens and its neighbours. He has promised more revelations soon through his online journal The Intercept.

As you point out Bernard, we cannot look to the Labor Party for any interest in safeguarding our privacy, and the mainstream media is simply a disgrace. The original revelations of large scale (and illegal) electronic snooping as part of the Five Eyes agreement was met with a stunning silence. Frankly, one has to seriously question whether we are still, in any meaningful sense, a democracy.

Most of that is harmless – but the real surveillance is the push for eHealth all Australians health records will be stored in Canberra.
The greatest threat to private information is the government’s intimate knowledge of the citizens moods feelings etc as health records – without actual benefit for the individual.
The cash strapped governments of the future will be able to sell the mined data to insurance companies – good income charging for subscription for continuing data .
If things get worse then the data handling can be outsourced .
Yet read the fine print the individual will only be able to access part of the record not all.
So this eHealth push already has consumed over $1 billion and another $0.5 billion is being thrown at it – all in this era of ‘constrained’ expenditure.
Yet no responsible journalist has addressed this insidious nature of this surveillance of the individual – YET both Labor & Liberal
Governments have had an unimpeded & uncriticised run.

We can wait until the subtle effects are felt – losing out on an employment opportunity or promotion because an episode of – depression at a stressful time in life is recorded on your health record and the data base check becomes routine
Practical surveillance will become routine
So far for investigative journalism !!!!

Here is an excellent tl:dr on the subject…