‘We’ve never met but …’ It’s been a week since Barnaby Joyce was slapped down by NSW Supreme Court Justice Paul Brereton for his intervention in the Margaret Hancock Trust case (decided last week with eldest daughter Bianca Rinehart being given control of the trust, though matriarch and mining “not an heiress” Gina Rinehart will probably appeal). The Agriculture Minister sent youngest Rinehart daughter Hope Welker an email from his parliamentary account urging her to drop the case in 2011, warning her to give up the case for her and her family’s good. The email has been widely extracted in the press, but it’s interesting to note what hasn’t been reported: 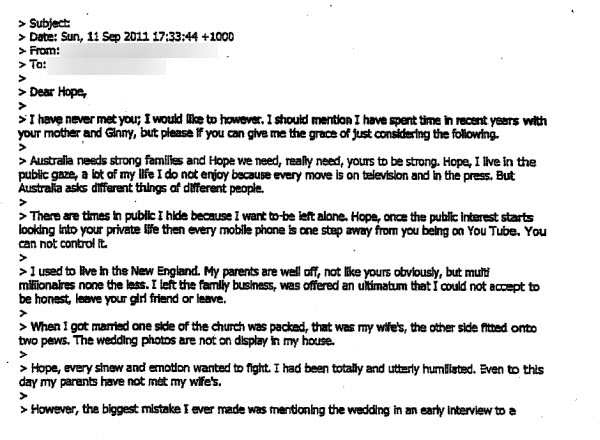 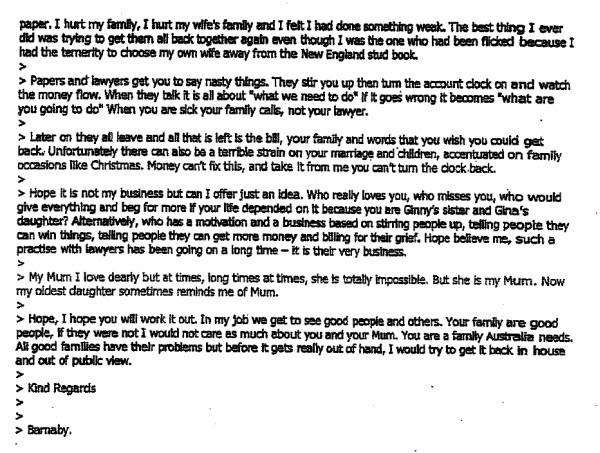 Gina Rinehart has long been a keen personal supporter of Joyce. She donated $50,000 to his campaign for the lower house seat of New England in 2013, was a proud attendee at his election night party, and flew up to Parliament House in November 2013 to watch his maiden speech in the House of Representatives. As he told Channel Ten in an interview:  “I’ve always said, I’ve never been ashamed; Gina is a great friend of mine. I’m a good mate of Gina’s.”

But for the grace of advance teams. Earlier this week the political watchers of the country were given a rare gift — the Prime Minister, in one of his trips to the real world to spruik the government’s small business plan, walked past The Reject Shop on the way to a local butcher. The images were shared widely in traditional and social media, and it gave us the chance to note the importance of a good advance team — especially as we only notice their work when something goes wrong. A former government spinner and “now retired Canberra crank” has shared this story of a close shave for former PM Julia Gillard’s staff:

“I remember watching with horror as colleagues scrambled to save former PM Julia Gillard at an Art Gallery in Regional Victoria some years ago. The hosting council had set up a lectern right under a massive painting of a naked redhead woman giving birth in a birthing chair. Any ensuing footage of our second most famous redhead would have had her head smack bang between this woman’s legs. Given the Ditch the Childless Witch fervour that abounded at the time, I shudder to think what her enemies would have made of that image.”

Metro asleep on the job. In recent months Melbourne commuters have been subjected to advertisements teaching them how to be the ideal commuters and think of others, and the ever-present ticket inspectors have taken to doling out fines at the first stop outside the free tram zone. The public transport karma is not strong there, so this photo doing the rounds on social media this week showing a Metro employee relaxing on a train with her legs and feet laid out across three seats has not gone down well. This poor display of train-riding etiquette could not only result in future bad train catching-karma, it is also subject to a hefty fine from Public Transport Victoria. According to the PTV website, adult commuters caught by “authorised officers” “having your feet on the furniture or fittings” can be issued with a $217 fine, while those under 18 can receive a $74 fine. There are signs on all Metro trains displaying rules for on-train behaviour, including not placing feet on the seats. This Metro employee however, must have missed those signs. 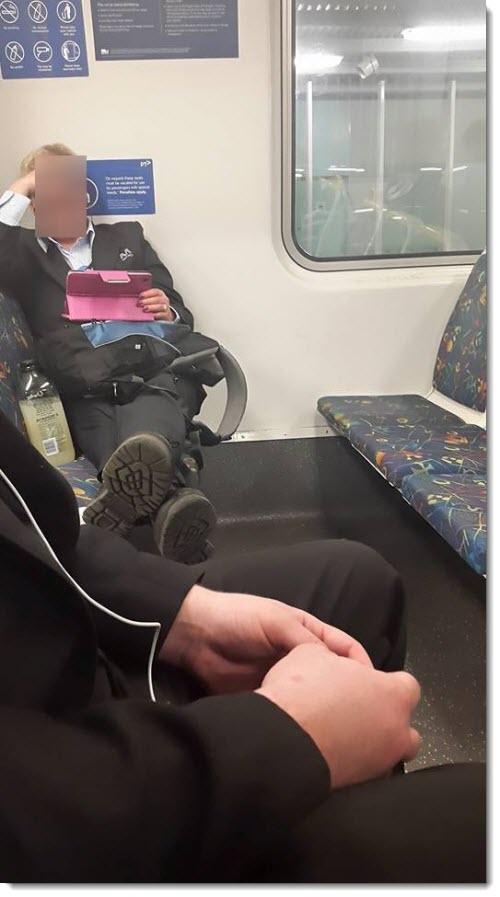 That’s so Raven. Today it was revealed that Wilson Security employees spied on Greens Senator Sarah Hanson-Young when she visited the Australian detention centre on Nauru, even following her and having her hotel watched. She was given the codename “the Raven,” which Hanson-Young has now appropriated for her Twitter handle. Ravens are a formidable bird, and the invitation to “tweet to the Raven” from the medium doesn’t seem like one we’re going to take up in a hurry. It also led us to revisit Edgar Allan Poe’s poem The Raven, in which it is the bird itself doing the watching. 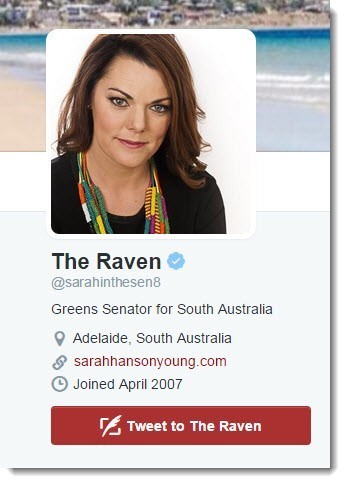 Everyone loves the IPA. Is this really how the IPA is getting new members? Be like the cool kids Cory Bernardi, John Lloyd and Dean Smith?  We’re sure business is booming. 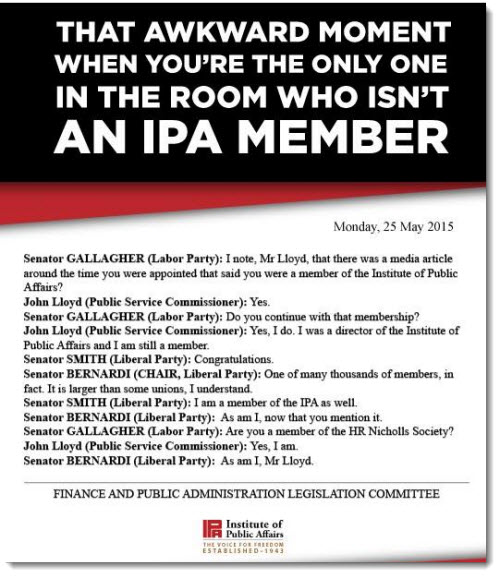 Wonder if the Metro employee knew there wouldn’t be any Inspectors on that train??

The story more accurately would have been, “Today it was revealed that Wilson Security employees were doing their job in an manner ensuring the safety of the Twittering Raven, who is less well known for carrying out important Senatorial duties, but famous for understanding how to get headlines which might secure a few more votes next time.
It’s pleasing to find the Crikey Commissariat, in interpreting Edgar Allan Poe’s poem The Raven, for once managed a reasonable — and mercifully brief — analysis.

“Cousin Jethro – Minister for The Iron Ore and Agriculture”.

Cousin Jethro Joyce is surely undercutting previous prices for the services of a federal minister. Come on Barnaby, Gina can afford top dollar, have some cojones and make her pay it!