Peter Greste's trial has been delayed. Plus other media briefs of the day.

Delays on delays. Peter Greste had anticipated receiving some answer to his legal predicament by now, but the trial has been adjorned until June 11. Overnight, Mohamed Fahmy had time to address the court. He pointed out that Al Jazeera had told him he was licensed to operate in Egypt, and that he has sued his former employer over this and other issues. The other defendants in the case, which include several students who were not working as journalists who are still in custody as well as Greste and his colleague Baher Mohamed, will have their arguments heard next week. 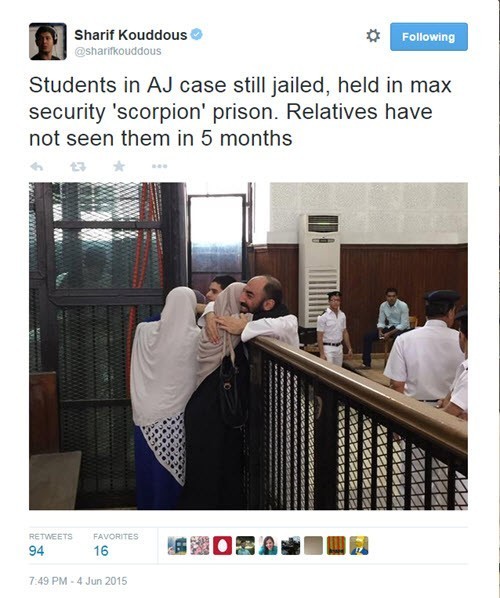 Facebook decides what’s news. Now here’s news that will terrify newspaper publishers (in fact, it already has — but more of that later), political parties and political junkies.

According to survey research from 2014 from the Pew Research Centre, younger Americans get their news about politics overwhelming from social media, with Facebook dominating. Older people (us boomers) stick to TV. The research helps understand why Facebook and a group of nine major newspaper publishers around the world did a deal last month regarding the instant posting of news into the Facebook news stream.

The nine media groups include five from the US (BuzzFeed, National Geographic, The Atlantic, NBC News and The New York Times) — and four from Europe (The Guardian, BBC News, Bild and Spiegel Online). All would see themselves opposed in some way to the papers from the Murdoch clan’s News Corp.

The Pew research shows that around “six-in-ten online Millennials (61%) report getting political news on Facebook in a given week, a much larger percentage than turn to other news source… This stands in stark contrast to internet-using Baby Boomers, for whom local TV tops the list of sources for political news at nearly the same reach (60%). ..At the same time, Millennials’ relatively low reliance on local TV for political news (37% see news there in a given week) almost mirrors Baby Boomers’ comparatively low reliance on Facebook (39%).”

And Pew said “Gen Xers, who bridge the age gap between Millennials (ages 18-33 at the time of the 2014 survey) and Baby Boomers (ages 50-68), also bridge the gap between these news sources. Roughly half (51%) of online Gen Xers get political and government news on Facebook in a given week and about half (46%) do so on local TV.”

Now this an American survey, but it is hard to argue the results are significantly different to behaviour in Australia.

What it does tell you is that by resisting Facebook’s instant news posting, News Corp faces an increasingly lonely existence. You also have to wonder why Fairfax didn’t try to clamber on board. — Glenn Dyer

Video of the day. Colbert’s back! Sort of. On the Late Show. In three months. In the meantime someone’s talked him into shaving off his beard … 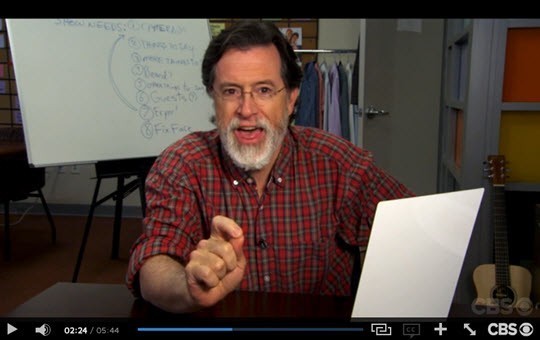