Australia's regulators are unanimous: there is a serious problem with our banking culture - and it's up to executives to address it, Bernard Keane and Glenn Dyer write. 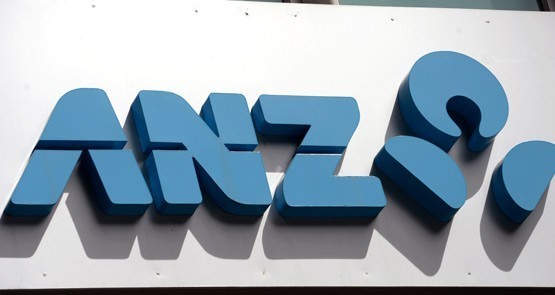 Australia’s banks have a growing, and serious, reputation problem. And the cause isn’t the standard dislike of banks on the part of punters, or a cheap populism on the part of politicians. It’s from the worst possible source: the regulators of our finance system.

The attack on the banks yesterday by Australian Securities and Investments Commission head Greg Medcraft at Senate estimates was only the latest from regulators.

In March, the Reserve Bank itself went for the banks in its Financial Stability Report, in terms even Central Bankese couldn’t disguise:

“Another area of focus for Australian banks is their conduct and culture. These issues are receiving greater attention among market commentators and the global regulatory community, following a number of conduct-related problems that have resulted in substantial legal expenses for certain global banks. Australian banks are required to maintain a sound operational risk framework that ensures the proper functioning and behaviour of systems, processes and people; complex and diversified banks should have a more robust framework in place. Banks are also expected to understand their ‘risk culture’, which can be thought of as the way the management of risk is viewed in practice across the institution. Conduct-related events in one area of a banking group may be a signal of broader governance, cultural and risk management deficiencies, and could give rise to entity-wide reputational risks.”

More recently, the Australian Prudential Regulatory Authority, which is in the throes of putting in place requirements for bigger capital buffers for the banks (and discovering some “disconcerting” lending practices along the way), went harder. APRA chairman Wayne Byres last week warned tighter regulations in areas like macroprudential controls “will only offer a partial remedy to the problems that were experienced unless there are behavioural changes within financial firms as well”. “Culture is a nebulous concept,” Byres said,”much more difficult to define and observe than capital adequacy. But strengthening culture, like strengthening capital, is critical to long-run stability.”

Yesterday at estimates, ASIC went further still. ASIC, too, is concerned about the culture of the financial sector.Chairman Greg Medcraft told the committee:

“ASIC is concerned about culture because it is a big driver of conduct in the financial industry. It is a sad fact that bad culture leads to bad conduct and this inevitably leads to poor outcomes for consumers. Given there is a strong connection between poor culture and poor conduct, ASIC thinks culture is a major risk to:

“ASIC is planning to incorporate culture into our role as a conduct regulator.”

Medcraft wants the power to pursue bank officers who are responsible for internal culture, where culture leads to breaches of the law.

Later, he went further, saying that the failure of banks to cooperate with ASIC’s inquiry into interest rate rigging was “absolutely appalling”.

ANZ is at the centre of an ASIC investigation into interest rate rigging, after suspending seven traders late in 2014. Medcraft warned ASIC had a $50 million war chest with which to pursue ANZ and any other bank resisting the regulator’s investigatory efforts.

Medcraft’s tough talk is a bit rich. ASIC is Australia’s most discredited regulator, which doesn’t even act when the big banks breach their own enforceable undertakings (who can forget how the Commonwealth Bank itself confessed to ASIC about one of its financial planners’ illegal activities, and ASIC lost the letter). Medcraft has been trying hard to repair ASIC’s image as a body content to go after small fry but unwilling to make any serious effort to go after the biggest corporate crooks. Ultimately, that will only be achieved when ASIC starts prosecuting bankers — something even the much more aggressive Securities and Exchange Commission in the US avoids like the plague.

But we now have it clearly stated from the three key financial regulators that there is something seriously wrong with the culture of Australian banks. The Murray Inquiry also addressed it, stating “without a culture supporting appropriate risk-taking and the fair treatment of consumers, financial firms will continue to fall short of community expectations. This may lead to ongoing political pressure for additional financial system regulation and the undermining of confidence and trust in the financial system.” Responsibility for fixing culture, Murray said, couldn’t rest just with regulator — it was really the responsibility of corporate leaders.

As Medcraft said about the interest rate investigation, we can do this the hard way or the easy way. The easy way is for senior bank executives to accept their responsibility for shaping appropriate culture within major financial institutions. The hard way is by giving regulators more powers and hoping (often hoping against hope) that they’ll wield the big stick at the right people.

Wouldn’t it be interesting if Crikey were to list, in order, the Nations whose banking systems would be a blessing for Australians if we had them?

Altakoi, surely your English isn’t so limited you think posting one word as you did is the way to go?
If on the other hand it’s a response to the question I raised with Crikey, and it means you believe only one Nation has a better banking system than Australia, this supports my suspicion that Crikey is dodging the matter because they can’t provide a list of such Nations.