The NSW Liberal government has privatised its electricity grid, as it promised at the state election. But were the votes worth it? 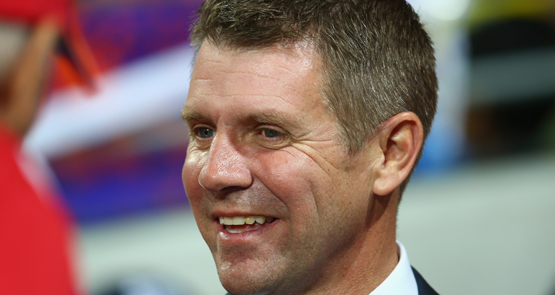 Approval came just before 10.30pm on Wednesday night but only with the crucial vote of two Christian Democratic Party MPs, Fred Nile and Paul Green.

The passage of the Electricity Network Assets (Authorised Transactions) Bill and the Electricity Retained Interest Corporation Bill cement the Baird government’s election victory of March 28, when the “poles and wires” controversy was the major issue.

Two months earlier, Campbell Newman’s LNP government in Queensland was ousted by Labor’s Annastacia Palaszczuk when it offered a similar message: vote for the LNP’s privatisation program and we’ll build infrastructure and pay down Queensland’s debt.

While Queensland voters did not believe Newman’s message — and kicked him out of his Ashgrove seat — the more engaging Baird persuaded voters to trust him, and he won a convincing victory.

But the real test of his political gamesmanship was to arrange the legislation’s passage through the upper house, where the Coalition lacks a majority.

In a confessional moment during the marathon debate, Nile said:

“I also thank the Premier, the Hon. Mike Baird, for his cooperation and goodwill in this process. I discussed with the government a plan to have the bills put through the lower house and then the upper house, after which I would move amendments dealing with worker protections. That is the formula that was planned, and that has been carried out.”

Adam Searle, Opposition Leader in the upper house, interjected: “Planned all along; is that what you are saying?”

In the final vote, the Shooters and Fishers’ MPs remained true to their election commitment and voted against the amended “poles and wires” legislation. But it was to no avail: the bills passed by 19 votes to 17.

Paul Green of the CDP delivered what seemed like a valedictory speech for his leader during the debate, saying:

“I thank Reverend the Hon. Fred Nile, who has been here since day one of this debate some 20 years ago. This wonderful politician will leave a great legacy to this state, particularly on this occasion, in the form of infrastructure for the people of New South Wales.”

Minutes after the bill passed, Green was again on his feet during the adjournment debate to pay further oily tributes to the 80-year-old anti-abortion and anti-gay marriage campaigner.

“I thank my colleague Reverend the Hon. Fred Nile, who has been an awesome leader. Tonight he leaves a legacy of infrastructure for New South Wales communities and their people.”

Kaye broke up the CDP’s celebrations by pointing out that the Nile party’s votes came at a price. Following the March election, the Baird government “found itself at the mercy of” Nile’s CDP, he said. “This week it is the electricity privatisation bills that are causing the Premier, Mike Baird, and his advisers to wear out the carpet on the way to the CDP’s level 11 office.”

He said that an FOI request on primary ethics classes in classrooms revealed the Premier’s office “inexplicably exerted pressure” on the Department of Education and Communities to hide from parents the existence of the ethics alternative on the school enrolment form.

“The CDP is the parliamentary mouthpiece of the aggressively pushy conservative church groups, who have described special religious education [SRE] teachers in public schools as ‘government-endorsed evangelists’.

“Ever since the Liberals and Nationals swept to power in 2011 and the CDP has held or been part of the balance of power in the upper house, the future of ethics classes has been in doubt. Every time supporters of choice think the ethics debate is over, the Liberals and Nationals bow once again to pressure from the scripture providers. At the same time the CDP continues to provide support for every single Baird government initiative, including public assets sales, slashing workers’ compensation and capping public sector wages.”

And there you have it. It’s politics as usual in the Premier State.

With the sale of a near monopoly of supply of power to entities not generating their own such as hospitals, the government takes a short term cash flow and then will spend decades attempting to keep the new managers in line.

Meanwhile the managers of the grid will privatise the profits and socialise the costs, with the government inevitably left carrying the damage to the public interest.

In less than a decade the government will be subsidising network investment because the new managers will not fund it as not profitable.

The bible benighted Bambi just proves, were proof needed by anyone with more than room temperature IQ, that religion in politics is utterly toxic. They don’t just hear a different drummer but one that doesn’t exist.
Anyone concerned about private entities running major services ought to lend an ear to the current Coroner’s Enquiry into the 2013 Blue Mountains fires. The Endeavour flack is a travesty of a human being with any ethical framework or concept except “Dollar uber Alles”.

Baird’s pact with Nile Utter hypocrisy ! So much for the morality and tolerance of Christian spirit.
An underhand and secretly negotiated immoral trade off. What benefit accrues as a result of this action? To corral all of the state school population into a religious cattle race has no place in a secular society. It is counter to modern ethics and damns freedom of choice. Baird and Nile deserve each other!!.