A priest makes the Catholic case for same-sex marriage

Sometimes it is the laity who keep the faith. And the Catholic laity support the rights of their gay brothers and sisters to be afforded equal rights, writes Father William Grimm. 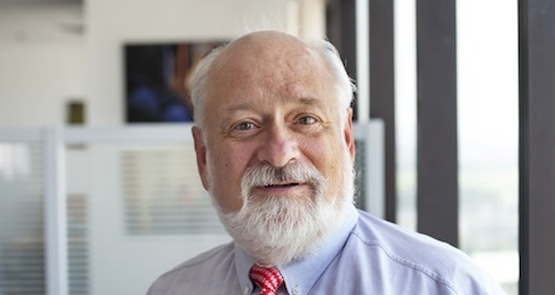 Voters in Ireland have made that country the first to recognise same-sex marriage by a national referendum. Various other countries have granted the same recognition through legislation.

A New York Times column by Frank Bruni titled “On same-sex marriage, Catholics are leading the way” pointed out, “In fact, countries with a Catholic majority or plurality make up half of those where two men or two women can now wed or will soon be able to.”

In other countries, like the United States, where Catholics are a large part of the population, polls show that Catholics, as a group, are more open to same-sex marriage than their non-Catholic neighbors.

And yet, in all these countries, the Catholic hierarchy has strongly opposed moves to recognise such partnerships, while the laity have declined to follow their bishops.

Are we seeing the collapse of the Catholic Church?

If the bishops are the Church, then perhaps we are. But, if the Church is, in fact, the people of God, we may be seeing the Church affirming something its leaders need to re-examine.

It would not be the first time. Blessed Cardinal John Henry Newman pointed out that, historically, when many bishops of the fourth century were in heresy over Arianism, it was the laity that kept the faith. The moral of that story for him was that it is essential to recognise that the laity are, along with Scripture, liturgy, the hierarchy and theologians, a valid authority in the Church.

Rather than the collapse of the Catholic Church, might we be living through a period when the hierarchy must defer to the experience, insight and faith of the mass of Catholics? After all, they, more than celibate clerics, have a clear idea of what might or might not threaten marriage.

The Catholic bishops of Japan may be attuned to this.

The mayor of Tokyo’s Shibuya Ward has announced that, around the end of October, the ward will begin issuing certificates recognising same-sex partnerships. This follows the ward assembly’s passage last March of an ordinance that recognises such partnerships as “equivalent to marriage”. Other jurisdictions throughout Japan are expected to enact similar ordinances.

The Japanese bishops’ report for the next session of the Synod for the Family in October refers to the Shibuya ordinance and says: “Even though the Church cannot recognize same-sex marriages, there is no way that we can assume that a sexual orientation not chosen by someone is cause for their rejection by God.”

In Ireland and elsewhere, Catholics speak much as the Japanese do. They favor legalising same-sex unions precisely because of what they have learned from the Church about the dignity of all people and caring for the marginalised. The starting point is the love of God that does not punish people for being who they are.

At the first session of the synod last October, Ron and Mavis Pirola, a Catholic couple from Australia, addressed the meeting:

“Friends of ours were planning their Christmas family gathering when their gay son said he wanted to bring his partner home, too. They fully believed in the Church’s teachings and they knew their grandchildren would see them welcome the son and his partner into the family. Their response could be summed up in three [sic] words, ‘He is our son.’

“What a model of evangelisation for parishes as they respond to similar situations in their neighborhood! It is a practical example of what the Instrumentum laboris [working paper for the synod] says concerning the Church’s teaching role and its main mission to let the world know of God’s love.”

The laity are challenging the leaders of the Church to find ways to affirm the sacramentality of matrimony while recognising that marriage is a broader and more varied reality with legal, social, cultural and anthropological aspects that may differ from the practice of the Church.

Sacramentality is not threatened by same-sex marriages. The sacrament of matrimony remains something for the Church to administer according to its understanding of that type of marriage called sacramental.

And after all, homosexuals account for only about 5% of the population, or even less, depending on which study one cites. It is ridiculous to claim, as the Vatican secretary of state Cardinal Pietro Parolin did, that because some of that 5% can have legally recognised relationships it is “a defeat for humanity”.

The Japanese bishops are calmer, kinder and more correct in saying: “At the least, the Church should convey the message that households that have been set up by men and women with a homosexual orientation are also blessed by God.”

*This article was originally published at ucanews.com