Rounding up the virgins ... Paul Barry and Sharri in agreement ... George Brandis v the arts ...

Of halal, virgins and comic sans. Senator Cory Bernardi had a win earlier this year when he got the go-ahead to open an inquiry into food certification practices across the country. Although the terms of reference cover organic and genetically modified foods, the main game is getting to the bottom of halal certification, whatever that is. The submissions so far have given an interesting insight into what people care about when it comes to their food — so far it’s purple comic sans and blond virgins: 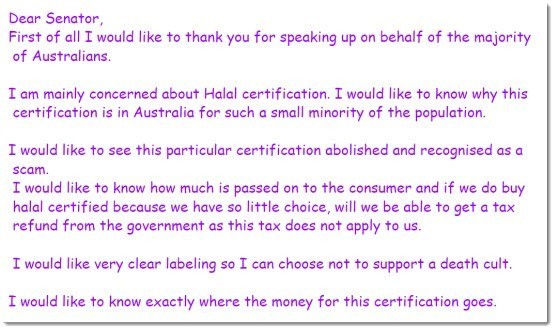 Best of frenemies. What is the one thing that could unite Media Watch host Paul Barry and The Australian‘s media editor Sharri Markson? Caitlyn Jenner. Barry referred to Jenner, who revealed her new identity on the cover of Vanity Fair this week, using her former name and gender, which led to many pointing out the importance of referring to people by their preferred name and gender. Barry replied “No issue with Vanity Fair and calling her Caitlyn. It’s 119 million Google hits for Bruce Jenner preceding it”.

Roundabout roster at ABC. Ms Tips hears that there’s been a change to the rostering of producers at the ABC in Melbourne after complaints about the conduct of afternoons host Richard Stubbs. Formal complaints were made against Stubbs last year, alleging bullying conduct against female staff, which caused the veteran broadcaster to make an apology for his conduct in front of staff towards the end of last year. There had been speculation that Stubbs wouldn’t return to the air this year, but he can still be heard on the station. We’ve been told he no longer has a full-time junior producer, and that junior producers now rotate through his show and others.

Brandis like you’ve never seen him before. Part of politics is balancing which parts of the community to annoy, and it seems that Attorney-General George Brandis has chosen poorly with the move to strip funding from the Australia Council in order to fund a new National Programme for Excellence in the Arts. While we have previously reported that Brandis’ office has been pressuring major performing arts companies to keep quiet on the cuts, he can’t keep everyone quiet. A Facebook page called “the George Brandis Live Art Experience” has appeared, photoshopping Brandis into famous artworks. It’s something to behold. 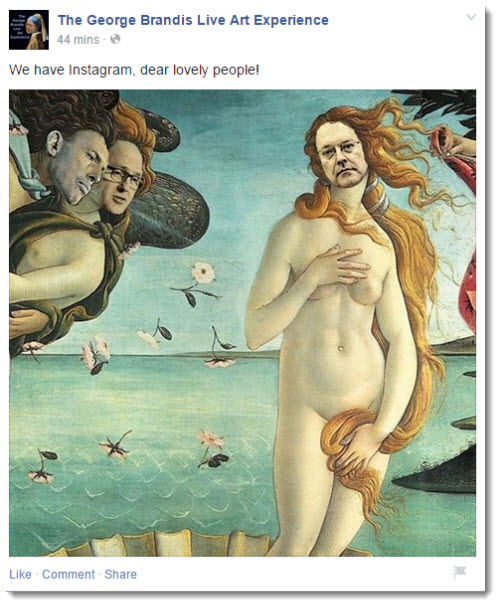 Early goodbye party. Times are tough for free Melbourne commuter newspaper mX, with staff being told that they will cease operation on June 12. But someone seems to have decided to shred the paper early, with a Melbourne train littered in mX confetti yesterday. A silent act of protest? A disgruntled reader? A commuter trying out a new guillotine? We may never know. 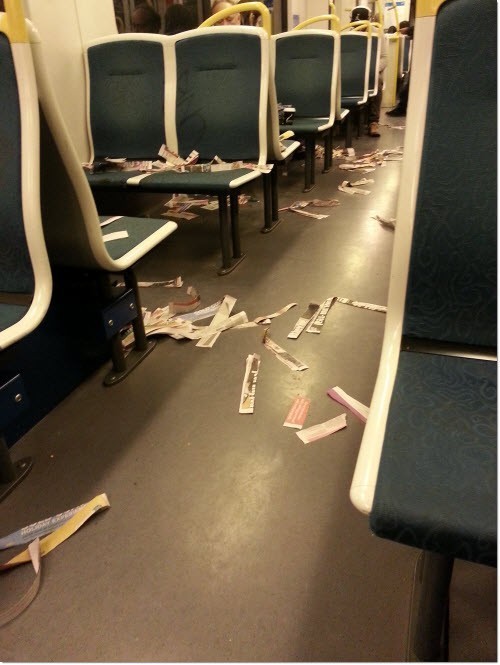 Goodbye mX. Another bit of the NewsCrap empire flushed away, good riddance.

I think the inimitable Pauline Pantsdown began the Brandis insertions in her Twitterfeed. Well worth tracking, especially the Brandis Ballet and Brandis as Babe.

Refuse to read a ‘news’paper that takes more time to wash the cheap ink off your hands than it takes to read cover-to-cover. Good riddance.