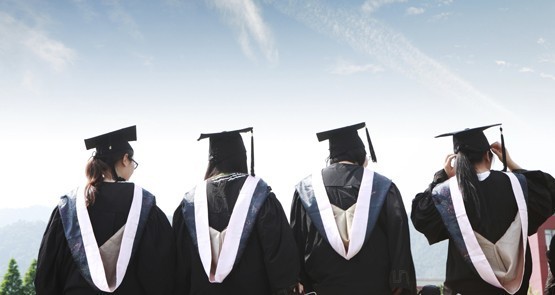 Universities Australia CEO Belinda Robinson insists that UA’s affirmative stance on fee deregulation has not changed, despite chairman Barney Glover’s comments in an interview with Fairfax that said deregulation of university fees is not essential.

According to the Fairfax interview:

“When asked if fee deregulation is needed for an affordable and high quality university sector, Professor Glover said: ‘No, of course it isn’t.’

“‘Deregulation is at one end of the spectrum; at the other end is the system as it is now.’

“Professor Glover said two principles are non-negotiable for Universities Australia: maintaining the integrity of the income-contingent university loans scheme (HECS) and retaining the demand-driven system that allows universities to decide how many students they enrol in each discipline.”

In an interview with The Australian on Tuesday, Robinson said:

UA has supported university fee deregulation since the idea was introduced in the 2014 budget, in which the Liberal government announced it was cutting $2.3 billion worth of funding to higher education.

The deregulation of fees would mean that caps limiting how much universities are allowed to charge for courses would be removed, leaving universities free to raise the prices to whatever they chose.

Under the proposal, the government would cut the money it provides to universities for each course by roughly 20%, as well as require students to start to pay back their HELP debt when they earn $50,638 or over, rather than $53,345, as under the current scheme.

The bill to pass deregulation has been brought forward to the Senate on two separate occasions, in December 2014 and a reformed version in March this year. It was rejected both times.

Elite universities have been very supportive of the proposal (as they would be able to raise their fees), and in 2014 UA’s then-chair Sarah Harding urged politicians to pass the deregulation bill: “We certainly are calling upon parliamentarians to support fee deregulation. This is an important and a very timely innovation reform for higher education.”

When asked to clarify its current stance on fee deregulation, Universities Australia referred to a press release from August 2014. In the press release, UA chief executive Belinda Robertson says:

“While the Government has made clear that it intends to introduce the package to the Parliament in its current form, UA will be meeting with Senators to encourage them to consider changes in key areas.”

“UA agrees with the [Education] Minister [Christopher Pyne] that changes are required to prevent Australia being left behind in the ever-intensifying competitive global higher education environment.”

Pyne has said the deregulation will help to drive fees down by creating a competitive environment as universities compete to offer the best prices to attract students, allowing young students greater access to university courses.

But Melbourne University vice-chancellor Glyn Davis warned in May last year that fees could instead rise by more than 60%, in order to cover money lost from federal budget cuts. Davis has been — and remains — a qualified supporter of the deregulation of university fees. The removal of the cap would allow universities like Melbourne to charge much higher fees based on the prestige of their institutions.

When asked about Glover’s comments and UA’s potential backflip on their previous stance on deregulation, Davis said: “To the best of our understanding, UA’s position on deregulation has remained constant. As a university, we will continue to work with industry bodies to further the discussion on sustainable university funding.”

Having already been rejected in the Senate twice and facing strong opposition from Labor, the Greens and independent members, it is looking like Pyne’s big piece as Education Minister is fighting a losing battle.

Free education for all Australian students is the only way to maximise the potential of Australia’s greatest asset, its children.
HECS fees not only burden the individual, they restrict Australia’s future development.
HECS fees are financially antiquated. Every Australian should help pay for our nations future, through our taxes.

I thought that most of them only supported deregulation because they were told it was the only way they were going to be properly funded.

Deregulation probably means that the Government actually pays in the end. Unis can charge what they like, students rack up a huge debt which they can’t or don’t pay. Hey presto it ends up a debt that the Government needs to pay. I assume that is what would happen, given the enormous amounts owed by students in the UK and US.

1. Every nation needs a complement of expert scholars, technologists and scientists for economic, health, national security, social decency, cultural and reputational reasons. However, why should impoverished students have to pay for this national scholarly complement? If we force impoverished students to pay for the national scholarly research complement that takes a bit of time off from research to teach them, why not get them to also pay for the medical system, police, judiciary and defence forces that actively protect them 24/7?

2. All education can and should be free. Indeed Article 13 of the International Covenant on Economic, Social and Cultural Rights (ICESCR) insists that education should be free at the primary level with progressive introduction at the secondary and tertiary levels, noting that Australia is one of the richest countries on earth and can certainly afford to make all education free and, that education underpins economic, health and cultural rights (see Gideon Polya, “Accredited Remote Learning”: http://accreditedremotelearning.blogspot.com.au/ ).

4. Top quality undergraduate tuition in Australian universities can be provided for 10% of the current cost by using casual academic teachers or for 1% of the current cost by using expert academics to provide ethical accrediting examination of student understandings from top quality courses made available for free on the web (Massive Open Online Courses, MOOCs) by top institutions like 152-Nobel-Laureate Harvard and 83-Nobel-Laureate MIT. Governments and university bosses deserve scrutiny from regulatory agencies like the Australian Competition and Consumer Commission (ACCC) and the New South Wales Independent Commission Against Corruption (ICAC) for gross, collusive over-pricing of undergraduate tuition.