The head of Treasury thinks property TV programs are fueling the housing boom. But the major property programs on TV at the moment are about property renovations, not purchases, and you only renovate when you can't buy. 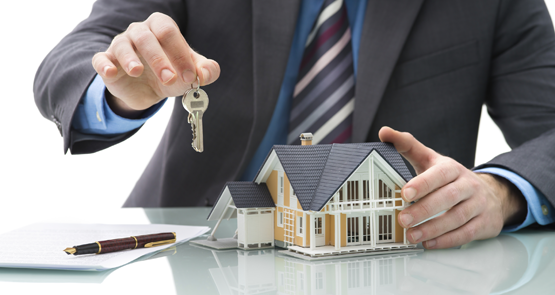 John Fraser, the head of  the federal Treasury, is worried about the strength of the Sydney and Melbourne property markets. He told a Senate hearing yesterday that Sydney’s housing market was showing “unequivocal” signs of a housing bubble (though home-owning Tony Abbott remains unconcerned), as were up-market areas of Melbourne. He singled out TV home renovation programs for contributing to the bubble, or as Fairfax Media reported: “He has pointed to the proliferation of television home renovation shows, saying they are a sign of the way in which low interest rates are affecting Australia’s culture.”

Well, I’m sorry to break the news to Fraser, but the major property programs on TV at the moment are about property renovations, not purchases. In laying some of the blame for the boom on these renovation programs, Fraser seems to be missing the point — you only renovate when you can’t afford to buy.

In fact, Australia has a longish history of property renovation programs that stretch back a decade or more to the last property boom. And when that busted, they died out, or were downsized. What is interesting in the current boom is that pure property programs are not popular on mainstream TV — they hide out on pay TV, where they attract niche audiences each week.

What is also intriguing is that amid the great investor boom in Sydney and Melbourne, not one TV network has tried to tap that explosive interest — seeing it involves tax and self-managed super funds, and is thus pretty complex and, in TV terms, boring as watching paint dry (which you might notice they never show in the renovation programs).

The Block, Nine’s premier home reno program, was a bigger hit when it first appeared in the early 2002 and 2003. It was killed off, but even at its lowest, its ratings were at levels that would put a grin on the faces of the same production teams today with the current series of The Block and Reno Rumble, which is dying on air. The current version of The Block started in September 2010. Seven started House Rules back in 2013. It was a reworking of a previous Seven series called My Restaurant Rules, which started in 2004 and only lasted a couple of series before being axed for weak ratings. Other programs with a renovation component were Burke’s Backyard, at one stage the biggest program on Australian TV.

Ten’s The Living Room has a home renovation component, as does Better Homes and Gardens, which has been on air since 1995 on Seven (and it also has food and had a solid food component before the explosion in cafes and coffee in Australia). The reason why property renovation programs are popular now isn’t the property boom. It’s because Australians are generally interested in property and renovation (we have a high level of home ownership), and because these programs are cheap TV for the ratings and revenue they make and they audiences they attract.

They are among the most watched programs on TV and because of that they are cheap, and with the finances of the local networks under rising pressure, they love cheap, especially when they deliver 1.2 to 2 million viewers some nights across the country.

And there are other reasons. These programs are in the TV schedules of Seven, Ten and Nine because extending them by adding more time each night saves the network’s money. These programs used to run for an hour, meaning the networks would then have to find/finance a program of half an hour or an hour to fill the next time slots in the prime time schedule. That costs money — a lot of it. So the commercial networks now extend the length of House Rules, My Kitchen Rules, The Block, MasterChef, The Voice etc programs by 30 minutes to close to an hour on some nights. And that is cheap TV because each episode involves a lot of filming, and its easier to film a bit more and pay the small added cost for crews already being paid than it is to dream up new programs.

Pure property programs have come and gone on Australian TV — currently, in this boom, they have died and gone to ratings hell (TV heaven is for good, intelligent shows to to rest or just fade from memory). Hot Property and Hot Auctions were a staple on Seven for years. And the remaining programs dealing with auctions — Location Location location Australia and Selling Houses Australia — are reworkings of UK TV formats and found on pay TV, along with a host of other renovation programs (or on the digital channels of Seven and Nine, which is almost like being out of sight and out of mind).

And Fraser has missed a major point about Reno Rumble and House Rules. Unlike The Block, which has had to outlay millions to buy old apartment blocks and then pay for their renovation (which makes it a costly, but still cost-effective program), House Rules and Reno rumble have their houses donated by the groups in the competition. That makes House Rules and Reno Rumble very cost effective because the basic raw material is cost free.

The point being, the boom in TV property programs is actually fading, and this time around, it was always more about renovations rather than buying homes anyway. Of course, on both TV and in the ABS statistics, there does seem to be a trend to high spending on renovations of existing homes bought in the market. The modern Australian home owner wants everything done at once. Low interest rates might be helping them achieve that, but its not the fault of the renovation programs — blame the banks and others providing the finance, and the print media at News Corp and Fairfax with their online digital plays — REA Group and Domain (the only growth businesses both media giants have) — for promoting property as news and lifestyle, and the idea it’s as easy to change houses as ordering a second flat white. 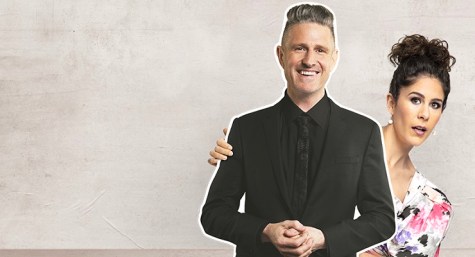 ABC has a Question no one’s interested in answering

He was clearly talking about housing investment as the combined spending on purchasing and renovation of housing stock.

If you have a suburb where 80% of the houses have interiors that haven’t been renovated or repaired in over 20 years, it’s going to have a substantially lower median price than an identical suburb would in which 80% have had interior renovations in the last 20 years.

Renovating and modernising a house increases a houses price in the same way that knocking down an old house and replacing it with a new one does.

If a first home buyer wants to purchase a house in any given suburb, chances are they’re not going to get the one with the modern kitchen and the modern toilet. More likely they’ll buy the one that needs a bit of work, but which will do in the short term, because it’s cheaper.

If the plethora of renovation shows has led to a substantial increase in the amount of money that is being spent on renovating the existing housing stock (as is clearly shown in the ABS data on housing finance), that is going to increase house prices right across the market.

While it’s true that many families choose to renovate, for example by adding on an extra bedroom, because it is too expensive to move into a larger property, that does not mean that their decision to renovate has not led to an increase in property prices.

In fact, one of the largest contributors to soaring investment in renovations comes from the fact that the family home does not count towards the aged pension asset test, so there is a direct incentive for retiring baby boomers to withdraw their superannuation as a lump sum and then upgrade their existing home to a “more comfortable” standard. If they later sell that house, they’ll obviously get a higher price than if they had not renovated that property.

The author of this article has largely missed that point. While tax concessions including negative gearing and capital gains tax certainly drive up house prices (among a range of other factors), to ignore the massive increases in housing finance dedicated to improving the overall quality of housing stock through renovations is to ignore an equally large part of the housing affordability problem.

Bottom line, first home buyers and renters won’t find it easier if more and more houses are renovated to a five star standard. Absolutely, people are entitled to renovate their properties to improve their standard of living, but we need to seriously consider whether we should continue to give Capital Works tax concessions to unnecessary 5 star renovations in investment properties, given that these tax concessions are actually driving up rental prices and reducing the stock of affordable rental properties for low income households.