T-shirts are the spaceships of clothing. It’s been a few months since independent Senator John Madigan appeared on Q&A, and as part of his call for Australia to focus on manufacturing uttered the line “submarines are the spaceships of the ocean”. It caught on, as these things do, and yesterday Ms Tips heard that the words had been printed on T-shirts being sold by Madigan himself. We called the Victorian Senator, previously a member of the Democratic Labour Party and now in the process of starting the John Madigan Manufacturing and Farming Party, to find out where we could get our hands on one.

Madigan told us the shirts were made and printed in Australia, by a company in Melbourne (we expected no less), and that the profits are going to Nazareth House in Ballarat, which is “very close to my wife and I’s heart”. The aged care facility is raising money to pay for new facilities with extra beds. “It’s for a good cause, it’s a poignant message, it’s an important message about our manufacturers”.

The T-shirt is another way for Madigan to draw attention to local manufacturers, telling Crikey that the government should be doing more to support small businesses that provide jobs. “It’s all well and good to say to people ‘go and get a job,’ but what’s the government doing to practice what they preach?”

Madigan told us that if we want to order a T-shirt we can call or email his electorate office. 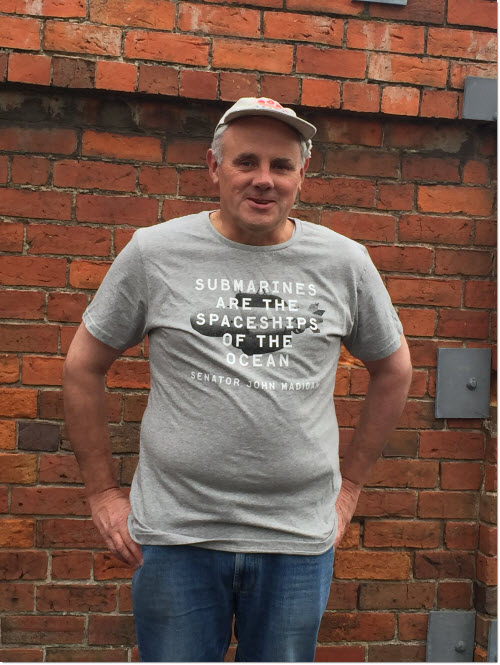 Vale Joan Kirner. Yesterday marked the passing of Victoria’s first and only female premier, Joan Kirner, at the age of 76 from esophageal cancer. She will be remembered for her work campaigning for gender equality, education and social justice. She is also remembered for her sense of humour, appearing on The Late Show in 1993 performing Joan Jett’s I Love Rock ‘n’ Roll: 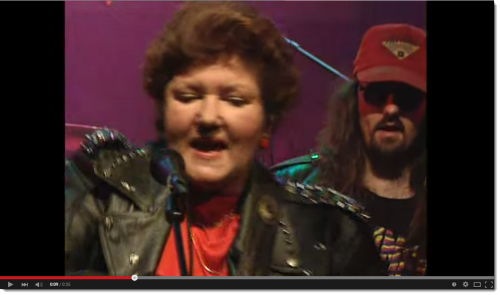 It was performing as part of Joan Jett and the Fishnets at her 60th birthday that gave us this photo of Kirner and former PM Julia Gillard (who wrote this heartfelt tribute today). The picture has been published many times, and today the photographer revealed herself on Twitter. In conversation with The Age‘s Michelle Griffin, Fay Pirotta said she took the photo from the dancefloor. 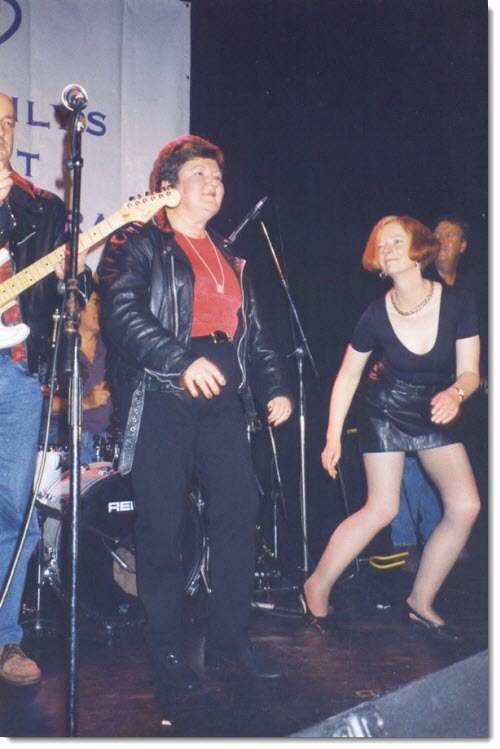 What is a harness device? Last week many of our male politicians squirmed when the national conversation moved to discussing whether tampons and sanitary pads should be exempt from GST for health reasons, with Treasurer Joe Hockey saying that he would ask the states and territories to consider whether they would be willing to take the hit on their takings from the tax. We have found something that will make them squirm even more, if they were just to look closely at what items actually are exempt from the GST. Condoms are one item that is often mentioned as something that is deemed necessary, while sanitary items are considered a luxury. Condoms escape GST because they are included on the Health Goods Determination, which was first added to the GST in 2000 and has been renewed twice since then, once when Tony Abbott was health minister. Items include sunscreen and nicotine products to assist quitting smoking. It also includes the following items:

– Personal and surgical lubricants that:

(a) are water-soluble; and

(b) are suitable for use with condoms”

At this point we started asking “what on earth is a harness device and why is it exempt from GST?” Google didn’t help much, apart from coming up with this patent for a complicated barrier contraceptive to be worn by women. So we asked the oracle of all contraception questions — Dolly Doctor. Dr Melissa Kang, who has been writing for the column for 18 years, put us on to Family Planning NSW. They polled their clinicians and the answer was that it most likely refers to this patent, for a “sort of scrotal harness device to secure the condom on the penis”. Yes it is as bad as it sounds. The idea didn’t ever catch on, but if it ever resurfaces, we know that it won’t incur GST. 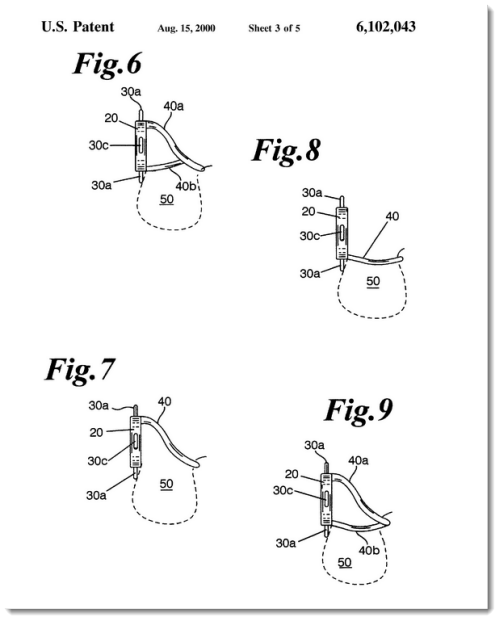 More leaks than a colander with all the non-hole bits removed, etc. The PM admitted to his party room this morning that the extensive and detailed leaking of last week’s cabinet discussion on the government’s soft-on-terror citizenship-stripping proposal had been “disappointing”. That, of course, was promptly leaked to journalists, although that’s not particularly notable, as party room meetings don’t so much leak as pour forth in torrents. What was ironic was Abbott complaining about last week’s leak. Remember that Malcolm Turnbull, one of a wide range of critics of the proposal to dump our terrorists on the rest of the world by stripping them of citizenship, explicitly asked Abbott if Abbott had told the Daily Telegraph about the proposal before he organised to have it raised, without submission, by Peter Dutton at the end of the cabinet meeting. Abbott denied it, but alas the Tele, presumably blithely unaware of the exchange, dutifully ran the story Abbott’s office had given it the next day, confirming Turnbull’s suspicions. So, Abbott, who had leaked a policy before even bothering to ask his cabinet about it, and who then lied about it when put on the spot by Turnbull, is now complaining about being leaked against by a cabinet minister (or ministers).

Here’s another T-shirt suggestion for John Madigan: “Very close to my wife and I’s [sic] heart.”

MICHAEL: Yep, such is the educational standard of the majority of our politicians.

I can’t remove the idea of Abbotrocious using the ‘harness device’ for his cilice.