Ross Gittins envisions a very different newsroom of the future. 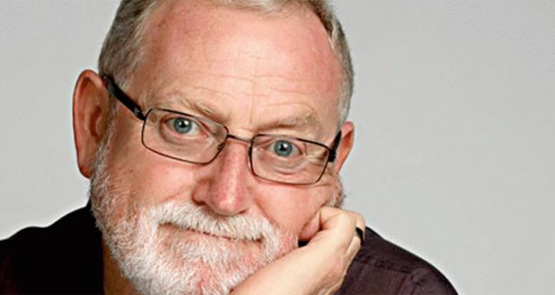 There is perhaps no part of newsroom culture as ingrained as the high regard for the scoop. Journalists can be frequently wrong, biased or formulaic, but as long as they break stories, they’ll get a pass (if not praise and promotions) from most editors.

But according to Ross Gittins, journalism’s eternal search for scoops and exclusives is part of what makes the media so easy to manipulate. Those with information — such as politicians, businesses and others with an interest in good coverage — know they can dole it out in drips and drabs and ensure compliance from journalists who fear the tap being turned off.

“People complain about politicians dropping sensitive stories on Friday afternoons,” Gittins told Crikey. “When they do that, they exploit all the quirks in how journos think, which is, ‘if I can’t write a story on Friday for Saturday, and another journalist takes a bite on Sunday, I can’t touch it on Monday’. That’s madness.

“A decent, strong, confident editor would say: ‘You play games like that, and I will go out of my way to defeat your efforts to manipulate me and my news outlet’. Anything else is teaching politicians how to manipulate us. At the moment, we have a system where it’s very easy for spin doctors to play the media against each other, and take advantage of our hangups about timeliness and exclusiveness.”

Gittins, the SMH’s long-serving economics editor, is on something of a media tour these days. He’s spruiking his new book (Gittins: A life among budgets, bull dust and bastardry), the final chapters of which are a battle plan for the future of his profession. His suggestions are, to your correspondent’s eye anyway, highly logical, but they go fiercely against the grain of many of the news-gathering instincts that have served newsrooms well for decades.

The loss of classified advertising means newspapers have been forced to conduct large redundancy rounds, the end result of which has been fewer people trying to work more productively — doing more with less. Gittins says the real solution for the loss of advertising revenue should be doing less with less. As well as disrupting the media business model, the internet has also opened up opportunities for readers to read more widely. So, Gittins asks, why should newspapers work so hard to cover everything, instead of focusing on their core specialities?

His model, he freely admits, would probably need fewer journalists than are currently employed by Australia’s quality print media (by which he means the Fairfax metro papers, as well as The Australian Financial Review and The Australian). “Newspapers will be a lot smaller than they are now,” he says when asked how small newsrooms can get. His book has come out at a time when Fairfax and others are widely believed to be gearing up for another redundancy round.

Newspapers, Gittins says, can survive at least for a time by exploiting the “last monopoly” — that is, local, deep coverage of their city and state government.

In Sydney, for example, the SMH competes with only The Daily Telegraph for comprehensive, detailed coverage of local roads, schools, health systems and law and order. “Local news is our last great strength,” Gittins said, and so naturally newspapers should focus on it. A lot of other things can be jettisoned. Foreign correspondents, for example, make little sense at a time when readers can just as easily read The New York Times or The Guardian. And “news” — meaning snappy, short snippets of the latest happenings — can be covered by simply pulling copy from wire services. It might not be as good as what can be done in-house, but it’s usually good enough.

“Gittins says scoops bring traffic, but he’s sceptical of whether being the first to break stories is what encourages people to pay up.”

“Most journalism is about reporting the news. We try to get exclusives, and try to write our stories better than the people down the road, but most of the time, we report news. The big thing that’s changing is that you can’t make money simply reporting the news — it’s ubiquitous,” he said. A genuine scoop is very quickly picked up by other outlets, which can do so entirely legally so long as they don’t directly lift copy and say who first reported it, Gittins says. As news has become commodified, it’s hard to make money off it, so newspapers should stop trying.

With news covered off, and far fewer general news reporters employed, the quality press should focus on explaining, in depth, what developments in a city mean. Not in the sense of answering the traditional journalistic questions of what, who, how and when, but the more complex questions of why something happened, what the background to it is, where it might be going, whether or why it matters, and whether anything should be done about it.

“I think there’ll be a lot fewer journalists, but they’ll be a lot more specialised, and they’ll be reasonably well-paid, because there’ll be some degree of competition for the services of the best specialists, who have good sources to tap to find out what things mean,” Gittins said.

“I think it’s also likely they’ll get much more research assistance. A very well-versed person in a particular area can’t possibly do everything that it would be good to do. So you give them a researcher who digs out a lot of the facts and figures. There’s a tiny bit of that going on already, but I think it’s the obvious way to go. And the simple commercial fact is that researchers don’t get paid as well as a really senior journalist.”

This might mean a very different class of people become journalists. “At the moment we just hire BAs, maybe with a few law degrees. We don’t grab people with specialist knowledge — those with backgrounds in business, medicine, economics … who are much better placed to make sense of developments. It amazes me we don’t do that. I’ve been predicting and expecting papers to do more of that for 40 years. But I think it will happen.”

And once those people get there, they can focus on in-depth, explanatory journalism, and genuine investigations. But few “scoops”. The aim for the quality press should be paid subscriptions and interest from wealthy readers (to be sold to high-end advertisers). Gittins says scoops bring traffic, but he’s sceptical of whether being the first to break stories is what encourages people to pay up.

“I think it suits every journalist from the top editor to the newest trainee to believe that [scoops bring subscriptions],” Gittins said. “But if there is strong research evidence showing that’s what the market wants, what the customers want, and that’s what they’re prepared to pay for, I haven’t seen it or heard about it. My guess is that editors don’t want to do market research testing that proposition because that would shake one of the fundamental drivers of the journalistic profession, which is that being first and getting exclusives is the meaning of life.

“When we have genuine scoops that bring to public attention things the public needs to know and wouldn’t know without us, that is a genuine scoop and a very virtuous act. But that’s a tiny proportion of all the things labeled as ‘exclusive’. Usually, and to a huge extent, these exclusives are things that have suited some vested interest, usually politicians or lobbyists. By focusing so much on scoops and exclusives, the media is playing right into their hands.”

12 thoughts on “Kill the scoop, sack the journos: unpopular advice from Ross Gittins”