The community TV sector is trying to keep its spectrum, but the Communications Department seems unlikely to back down. 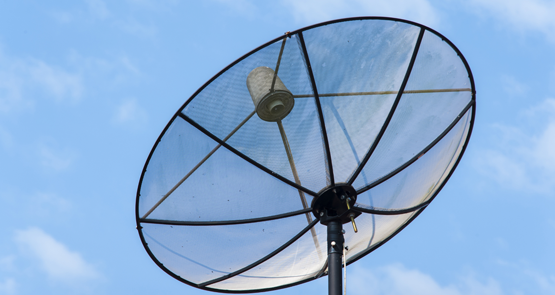 The community television sector today launches the start of a week of action against government plans to kick it off the TV spectrum at the end of the year, urging the public to contact politicians to protest the loss of spectrum. This is notwithstanding Senator Mitch Fifield describing the loss as a “fabulous opportunity” for the sector to re-imagine itself as a digital streaming service.

Last week at Senate estimates, the Department of Communications fielded questions on the decision, which blindsided the sector last year. At a conference held by the Australian Communications and Media Authority in September last year, Communications Minister Malcolm Turnbull announced “the best outcome for community television is that in future it uses the internet as its distribution platform”. Community television stations in each metropolitan city currently occupy the sixth spectrum slot under a licensing arrangement with the government that will expire at the end of the year. The government has announced it will not be renewing it.

At estimates last week, the Department of Communications deputy secretary Nerida O’Loughlin fielded questions on what the department hoped to use the freed spectrum for. She said the sixth spectrum could be used for mobile technologies over time, or to test new TV compression technologies (the reason given for the loss of spectrum by Turnbull last year). But, she conceded, such proposals were only “preliminary” at the moment.

The community TV sector says that, given there is no pressing proposal for what to do with the spectrum it currently occupies, its apparatus licence (which gives it access to the spectrum) should be extended to match its broadcast licence. Only a month before news of community TV’s impending spectrum loss, the broadcast licence was extended by ACMA to 2019 — one community TV insider described the decision as “giving the sector a shiny new car while tearing up its driver’s licence”. The sector has spent the past few months trying to strengthen its links to government, holding numerous meetings with Turnbull as well as the Department of Communications. It’s also been meeting with various Liberal and National politicians, some of whom have expressed sympathy for community television’s plight.

The loss of spectrum was depicted as a net gain for the sector last week, with Fifield, at estimates representing the minister, describing the move to online streaming as a “fabulous opportunity for these services to be available to a wider range of people”. Online, O’Loughlin said, the sector wouldn’t be beholden to advertising restrictions, which currently limit it to seven minutes of advertising (“sponsorship”) per hour.

But community TV insiders were this morning rubbishing the claim that moving to online could lead to more advertising revenue. Sydney’s community TV station TVS has been streaming online for longer than most. While it’s streaming service is of reasonable quality, only a handful of viewers regularly use it. Crikey has been sent OzTAM figures that show TVS had its highest viewership in 2014 on a Saturday night in August, when 30,000 people tuned into an Andre Rieu concert. Only five of these viewers were watching through the online stream.

Laurie Patton, the former CEO of TVS and an industry commentator, says going solely online at the moment would “kill community television”.

“They need to be on the Freeview TV guide for people to know that they still exist and to see what programs they have coming up. The ratings that CTV stations get now are barely enough to secure advertising revenue to cover their operating costs,” he said.

“Most of the community based programs are provided by volunteers who cover their costs by securing their own sponsors. Those sponsors expect a reasonable audience. So not only does going online create a revenue problem for the stations, it also means that the program makers will disappear.

“Goodbye, community TV, and goodbye to the training outlets they provide and the new talent they develop.”

Australia’s five community TV stations are currently preparing business plans that show they cannot become sustainable online by the end of the year. These plans will be taken to the department and Turnbull. At estimates last week, the department’s comments seemed to indicate its decision on community TV was final. Nonetheless, the sector is hoping for the best, and has further meetings with Turnbull and the Department in a few weeks.

Community TV is needed now more than ever

Community TV earns brief reprieve, but is it too little too late?

The other “small problem” with streaming as an alternative to broadcasting, is the vast number of poor sods with crappy Internet speeds.
Never mind those dependent on mobile data caps. Ensuring they’re rationed to no more than 3 cat videos per week.

Good point Paddy. A lot of community TV viewers are elderly, which makes fast broadband even more likely to be a problem.

What is the need to dismantle something if you have no replacement use for it?
Most of the time I battle to watch iview as my broadband speed is too slow.

I have just had a letter from our Mr Turnbull, explaining why it is such a good thing that my Temporary NBN via satellite has now had it’s data allowance effectively cut in half.

He had nothing to say on the fact that they are cutting our viewing choice at the same time. They know that this is the death of community TV and I suspect this is just to make sure it is silenced before more people discover it’s appeal. Just wondering when they will need the bandwidth of Channel 34, which also has some incredibly good programmes.