In the wake of Arts Minister George Brandis' audacious shake-up of arts funding, the cultural sector is on the brink of civil war. 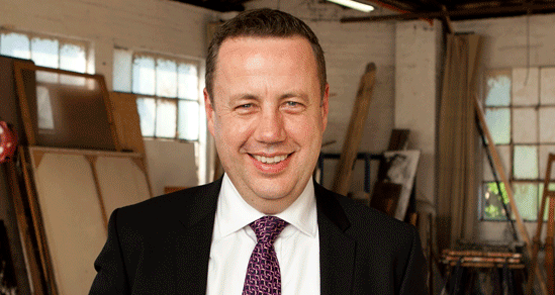 Crikey understands that the major performing arts companies have been under intense pressure from the federal government in recent days not to speak out against George Brandis’ new National Programme for Excellence in the Arts, the establishment of which accounts for $105 million of the Australia Council’s lost funding.

We understand that in the run-up to last Friday’s national protests, several major companies circulated a draft letter criticising the Australia Council funding cuts and calling for support for the small-to-medium sector. The Sydney Theatre Company was one of those companies.

However, after Brandis’ office got wind of the letter, pressure was applied directly to the STC’s chair, David Gonski. Crikey understands a meeting was held between Gonski and one or more advisers from Brandis’ office. The STC backed away from any public statement about the funding cuts, and other majors, sniffing the wind, also took fright.

In Senate estimates on Wednesday, Brandis flatly denied that his office had met with any major performing arts companies. The STC issued a blanket “no comment” to our enquiries.

Some of Australia’s best-known arts companies have said nothing about the attack on the Australia Council.

On May 20, in the wake of the most disruptive shake-up of arts funding in more than a decade, the Australian Major Performing Arts Group (AMPAG) sent out a letter. It said:

“While we welcome the news that there has been no reduction in funding for the arts in the 2015 Budget, we know the announcement has caused significant concern and uncertainty among many smaller arts organisations. We recognise our long term artistic vibrancy draws strength from diverse sources, in particular a healthy and productive small to medium sector.

“It is important for the stability of the whole sector that the government releases details about the structure of its model for allocating funds under the National Programme for Excellence in the Arts.

“We understand that the Australia Council and the Ministry are currently working on details of how the new program funding will be allocated. We believe it is important that information about the fund is available as quickly as possible to minimise sector concerns.

“The Australia Council plays a very important role in providing transparent grant funding for the arts sector — and we will continue to work closely with them in their support of the majors and the small to medium companies as well as in research and other projects we jointly undertake.

“AMPAG will continue to advocate for a stronger, well funded arts sector that builds capacity and opportunity across its ecosystem.”

As protest letter go, it wasn’t exactly The Communist Manifesto.

Despite savage funding cuts to the Australia Council that threaten the survival of many of Australia’s smaller arts organisations, the major lobby group in the performing arts sector called for … more details.

Later that week, the Australia Council announced it was abandoning an entire six-year funding round that hundreds of small companies had applied for. It was a crippling blow to the very ecosystem that AMPAG says it “draws strength” from.

Opera Australia’s CEO Craig Hassall went one better, telling the sector how happy he was that his company had escaped any funding cuts. “Speaking [for] Opera Australia, my first thought is that I am relieved and delighted that major performing arts companies’ funding hasn’t been cut,” Hassall told Fairfax Media. “I don’t really have a view on where the money comes from, as long as the government is spending money on the arts.”

Now, wild rumours are circulating through the arts sector. Several well-placed sources tell Crikey that much of that funding has already been promised to the major companies in handshake deals, including a multimillion-dollar sum to Opera Australia, negotiated by the company’s charismatic director, Lyndon Terracini.

Let’s recap what Brandis did in the 2015 budget.

As we found out in Senate estimates this week, Brandis consulted no one about his new Excellence fund. The first person to be told was Australia Council chair Rupert Myer, just hours before Treasurer Joe Hockey delivered his budget speech.

The victims are ordinary artists and the smaller companies that were funded by the Australia Council’s discretionary budget. In particular, there are 148 so-called “key organisations” which are now in limbo, uncertain about their future. Many of these organisations are almost certain to be defunded as a result of the funding transfer.

Of course, there will be funding available through the NPEA, but no one expects much money to flow to the small-to-mediums. As Brandis made abundantly clear in a long speech at estimates extolling the virtues of the major companies, the new Excellence fund seems purpose built with the aim of giving more funding to opera, ballet and orchestral music.

As the implications of the excellence raid have sunk in, the broader arts sector has attempted to mobilise. A national protest was organised last Friday, employing the novel but undoubtedly cultural medium of dance. Meanwhile, behind the scenes, a fierce battle was waged inside the sector between smaller companies desperate to fight the measures, and major companies who have everything to gain.

With the major companies now refusing to defend the small-to-medium sector, many within the broader arts community are now openly talking of a coming civil war in the sector, as those targeted by the Australia Council cuts begin to campaign openly against the majors.

Crikey has even heard suggestions of a boycott campaign, in which major companies will be asked not to apply for the NPEA.

Major companies like to talk about the “ecosystem” of arts funding, whereby major companies support the small-to-medium sector and individual artists. But there are whole parts of the Australia Council that have no major performing arts organisation to represent them: literature and visual arts.  Writing organisations look particularly vulnerable. These parts of the arts sector have short shrift for the mealy mouthed platitudes of lobby groups like AMPAG.

The first casualty of George Brandis’ arts-funding war appears to be unity in the arts sector. Perhaps divide and rule was Brandis’ aim all along.

To read more of Ben Eltham’s coverage of the arts funding cuts, sign up for a free Crikey trial.

Only a few days before the budget, George Brandis was in Venice with the Chair and CEO of the Australia Council as well as many of this country’s leading arts philanthropists. On his own admission he did not find time to be courteous enough to forewarn any of them, even though he had ample opportunity.

Brandis is operating his office more like the mafia than that of a government department. Even worse Brandis is also the Attorney-General.

It’s time the majors made a statement. Either they support the changes made or they acknowledge how damaging they will be to Australia’s arts ecology. Silence is no longer acceptable.