Have the Greens changed course on Israel?

An "unfortunate miscommunication" during an interview with a Jewish media outlet had many wondering whether Richard Di Natale was shifting the Greens to a party platform less sympathetic to Palestine. 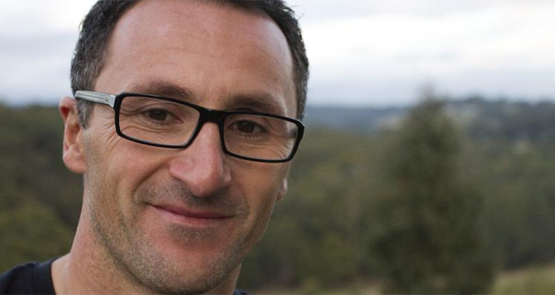 The Australian Jewish News has defended its reporting of an interview with new Greens leader Richard Di Natale, uploading the audio of a question in which Di Natale appears to support the existence of Israel as a Jewish state. The controversy started when The Australian Jewish News published an interview last week under the headline “Di Natale in his own words”, which opened “Palestinian Authority President Mahmoud Abbas must acknowledge Israel’s right to exist as a Jewish state, new Australian Greens leader Richard Di Natale says”.

A spokesperson for Di Natale told Crikey the issue is an “unfortunate miscommunication”, emphasising that Greens were not accusing the paper of misreporting. “It’s a case of the question that Richard answered was slightly different to what was actually asked”.

The audio confirms that when asked about the right of Israel to exist as a Jewish nation, Di Natale said: “Of course. How can you have a two-state solution when you refuse to acknowledge the right of one state to exist? It’s patently nonsense.”

Di Natale’s spokesperson says that his position on the issue hadn’t changed, but that he was responding as if asked about an “Israeli state”.

The comments were interpreted by some pro-Palestine activists as part of Di Natale’s plan to move the Greens towards the mainstream, and they wrote to him about the interview, in which he also said that the Greens didn’t support the Boycott, Divestment and Sanctions campaign against Israel. The activists received (and published on Facebook), this reply from Di Natale’s executive assistant,  Tom Bennett, which said “Like you, Senator Di Natale was concerned about the way in which his comments were reported”.

“We would like to take this opportunity to reassure you that, consistent with Greens policy, Senator Di Natale supports a peaceful, two-state solution for the Israel-Palestine conflict that upholds the legitimate rights and aspirations of both the Palestinian and Israeli people to live in peace and security in their own independent, sovereign states. The establishment of a ‘Jewish state’ (as opposed to an ‘Israeli state’) is not conducive to this outcome, and Senator Di Natale did not intend for his comments to be construed as such and this is not Australian Greens policy.”

The Australian Jewish News’ Facebook page posted about the issue twice yesterday and again today, first stating that the paper hadn’t been contacted by Di Natale’s office with any complaints about the article:

“If The Greens are concerned, they’re not concerned enough to contact The AJN about the report. In fact, we’ve contacted the Senator’s office ourselves, and offered them the opportunity to send us a letter of clarification that we have promised to publish … Seriously, The AJN stands by the story and our journalist 100 per cent.”

In a further post yesterday evening, it said “Wasn’t an error in reporting after all. It was just a misunderstanding — and not ours. For those of you whose social justice voting tendencies were stroked just a bit, no dice — we’re afraid the Greens aren’t quite kosher yet.”

Di Natale’s spokesman told Crikey that the Greens bear no grudge against the paper: “there’s no hard feelings from our perspective”.

General manager of The Australian Jewish News Rod Kenning told Crikey that he was “disappointed” with how the Senator’s office had handled the issue, saying they had no idea there was a problem with the piece until seeing a post on Facebook. He said they were “really happy with the response from readers” to the piece, which had been very popular.

Kenning says he wrote to Di Natale’s office early this week, asking for clarification regarding the confusion around the piece, and to make sure there were no allegations about the journalist Gareth Narunsky. He also sent the audio of the interview with the email. Kenning says he only posted about the issue on Facebook after not hearing back for a few days. “The original interview opened up a whole new demographic for the Greens. I’m sorry that due to foot-in-mouth disease, that demographic is closed again.” Kenning said that when it comes to recognising Israel as the homeland of the Jewish people, that’s a “line we’ll never cross”.

Kenning said the issue wont change how the AJN deals with the Greens in future, “at federal, state and local levels, we report on a non-partisan point of view”.

Sally, do you really believe the Greens have ever been consistent except in terms of saying what they believe will give them the best chance of gaining the number of votes needed on a case by case basis?
Richard Di Natale’s statements clearly demonstrate he said something which he then belatedly realised was a tactical mistake. Why he couldn’t work out that simple fact when he was being interviewed is surprising, but if I were a Green I’d be praying (perhaps to Gaia?) that he’d be replaced asap.

This is very disappointing from Di Natale. He should issue a public statement clarifying his position rather relying on others’ Facebook posts. Since he hasn’t one may infer that he is trying to present 2 different positions: 1 to Israel supporters and another to active Israel critics. This is the type of 2 faced politicking that turns people off politics and will start to alienate greens voters.

Notwithstanding Zionist obfuscation (ISRAEL anagram e-LIARS), Dr Di Natale’s position was made perfectly clear – that he supports a just 2-state solution involving a Palestinian state and an Israeli state i.e. he was NOT supporting a “Jewish state” (which would be supporting genocidally racist Apartheid which the anti-racist Greens certainly wouldn’t support in a million years).

However the anti-Arab anti-Semitic genocidal racists running Apartheid Israel have now made a 2-state solution virtually impossible because they have now completely ethnically cleansed 90% of Palestine and recently re-elected war criminal Israeli PM Netanyahu has announced that there will never be a Palestinian state.

For anti-racist Jews and indeed all anti-racist humanitarians the core moral messages from the Jewish Holocaust (5-6 million dead, 1 in 6 dying from deprivation) and from the more general WW2 European Holocaust (30 million Slav, Jewish and Gypsy dead) are “zero tolerance for racism”, “never again to anyone”, “bear witness” and “zero tolerance for lying” – and this means that they must be utterly opposed to a nuclear terrorist, racist Zionist -run, democracy-by-genocide Apartheid Israel (for numerous eminent anti-racist Jewish and non-Jewish opinions against racist Zionism see “Jews Against Racist Zionism”: https://sites.google.com/site/jewsagainstracistzionism/ and “Non-Jews Against Racist Zionism”: https://sites.google.com/site/nonjewsagainstracistzionism/ ).

The racist Zionists – utterly condemned by no less than Australia’s most eminent Jewish figure, Sir Isaac Isaacs, our first Australian-born Governor–General (see: https://sites.google.com/site/jewsagainstracistzionism/isaacs-isaac-sir-isaac-isaacs-first-australia-born-australian-governor-general-denounced-zionism ) – are horribly and genocidally anti-Arab anti-Semitic (see “Gaza Concentration Camp”: https://sites.google.com/site/palestiniangenocide/gaza-concentration and “Palestinian Genocide”: https://sites.google.com/site/palestiniangenocide/ ) but they and their Lib-Lab (Coalition and Labor Right) supporters are also horribly anti-Jewish anti-Semitic by conflating Apartheid Israel with ALL Jews, including decent, anti-racist Jews, who, like the Greens, couldn’t support genocidal racism and Apartheid in a million years.

Yawn, should be retitled “Pro-Israel lobby snatches on verbal slip by novice leader of minor party as first good news in years”.

Meanwhile Netanyahu admitted to his cabinet on Sunday that the BDS (Boycott, Divestment and Sanctions) movement was endangering Israels ethnic cleansing a.k.a ‘resettlement’ of occupied Palestine. No wonder his loyalists are desperate.

Oh no, Norm’s confused again, I’m sure he meant to write…”Sally,compared to the Greens do you really believe the LIBS,LABOR or NATS have ever been consistent except in terms of saying what they believe will give them the best chance of gaining the number of votes needed on a case by case basis?”
Happy to clarify that for you Norm, no need to thank me.