Australia is not the only country to consider stripping citizenship from those who go to fight with terrorist groups overseas. Freelance journalist Andrei Ghoukassian looks at what can get you kicked out overseas. 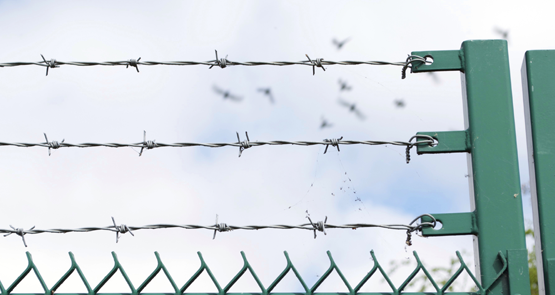 According to the International Centre for the Study of Radicalisation and Political Violence (ISCR), more than 20,000 individuals have travelled to Iraq and Syria to fight with various armed groups. The majority of these come from neighbouring countries in the Middle East, as well as North African countries like Morocco and Tunisia, but some 4000 have made the journey from Western European countries. France, Germany and the UK are all heavily represented, while Scandinavian countries have disproportionately high numbers of foreign fighters.

Between 100 and 200 Australians are known to have made the journey, and with some research suggesting between one in three and one in nine foreign fighters will become involved in a terror plot after returning to home soil, the question of what to do with these individuals is pressing. And Australia is joining with a number of Western countries in considering stripping foreign fighters of their citizenship.

The ISCR report indicates that most foreign fighters were initially travelling to Syria to join the fight against Syrian President Bashar al-Assad, but later — especially following the emergence of Islamic State in 2014 — violent jihad became the driving force. Those who travel to join jihadi groups like Islamic State are often encouraged to follow in the footsteps of Muhammad and make hijrah (a journey or migration) to a safe place for the ummah (the Muslim community).

Just after his (dubious) appointment as caliph, Islamic State leader Abu Bakr al-Baghdadi urged Muslims around the world to unite. “Therefore, rush O Muslims to your state. Yes, it is your state. Rush, because Syria is not for the Syrians, and Iraq is not for the Iraqis. The earth is Allah’s. The State is a state for all Muslims,” he said in a recorded speech. Unfortunately for governments everywhere, many listened.

Debate in Australia has now turned to whether individuals who choose to join designated terrorist organisations like Islamic State and Jabhat al-Nusra should have their citizenship revoked. Prime Minister Tony Abbott has flagged plans to introduce laws that would allow the immigration minister to strip dual citizens of their Australian citizenship if they are suspected of fighting with, or supporting, known terrorist groups.

Under current laws, citizenship can only be revoked for those who have become a citizen by application; an Australian citizen by birth or conferment cannot be stripped of it. But Abbott has indicated this will be tested to its limits. “I want to stress we will be ensuring that as far as we can humanly make it, no one becomes stateless,” he said.

Following international convention, Australia, like the United Kingdom and the United States, does not render citizens stateless — the normative argument being that statelessness leaves individuals subject to state power but without the basic protections of citizenship. But Abbott has hinted that the laws might extend to those eligible for, but not holding, a citizenship in another country.

There are currently five main ways Australians can lose their citizenship:
Abbott’s new laws would build on these to include joining or supporting a known terrorist group, closely mirroring legislation introduced in both France and Canada. The government has said the laws would apply to those committing or preparing to commit acts of terrorism, fundraising or supporting a terrorist organisation, or providing financial support or even indoctrinating others.

The UK has a much broader approach, with legislation that allows the government to denationalise individuals when “it would be conducive to the public good to deprive the person of their British citizenship status”. Tony Blair significantly lowered the standard for denationalisation following the 2005 London bombings, reducing them to a threshold normally reserved for visa cancellations.

Since 2006, the UK has stripped the citizenship of more than 27 British nationals on the grounds of public good, including a number suspected of supporting and joining terrorist groups. These individuals held dual citizenship with countries including Afghanistan, Albania, Bangladesh, Egypt, Iran, Iraq, Lebanon, Morocco, Nigeria, Pakistan, Somalia, Sudan, Uganda and Yemen. Although Blair amended the laws, the Labour government hardly used them — the spike in revocations coincided with a Conservative government and an escalating conflict in the Middle East. Human rights lawyers were especially concerned that the UK disowned two citizens in 2010, opening the door for them to be killed by US drones a short time later.

American dual citizens can also be stripped of their American citizenship for a number of reasons, including for membership and affiliation with certain groups and organisations including the Communist Party, totalitarian groups, terrorist organisations and others. Notably — and a bit dramatically — Section 313 of the Immigration and Nationality Act disallows citizenship to those who “advocate the economic, international, and governmental doctrines of world communism or the establishment in the United States of a totalitarian dictatorship”. It was penned in 1952. Citizens who join the Communist Party or another proscribed group within five years of becoming citizens can have their citizenship stripped.

In 1979, the US Justice Department created the Office of Special Investigations to hunt down former Nazis who had made it to America. Twenty-five years of investigations resulted in the denationalisation of 83 individuals involved in war crimes during World War II. Several others have been stripped of their citizenship for involvement in mass killings in Rwanda, the former Yugoslavia, and Guatemala. In 2004, Cleveland imam Fawaz Damra was denationalised after it was found he lied about his connections to terrorist organisations to gain US citizenship.

But what happens to those who lose citizenship? As Australia promises not to leave individuals stateless, those who had their citizenship revoked would have another country they could potentially enter and live in. But as the global trend towards denationalisation heats up, countries might find themselves in a race to strip citizenship first. An Australian-British citizen, for example, could not be stripped of both his citizenships, meaning one of the countries would have to take him back.

While one state is given the opportunity to judge the individual as bad and beyond rehabilitation, the other state could not. Further, with Australia and other Western countries routinely cancelling passports, individuals who might genuinely regret their decision to leave Australia are at risk of being rendered de facto stateless. Then, of course, there’s the issue of administration; while there will be judicial oversight, decisions will be made purely at the discretion of the immigration minister.

As a finite and powerfully symbolic severing of the relationship between the individual and the state, denationalisation finds currency with politicians who want to appear tough on national security. But whether that is the best way to prevent attacks at home remains to be seen.

How the Australia Day culture war came to WA

Jacqui Lambie, ‘darling of democracy’, was hemmed in by her narrow views

IMHO dual citizenship was a can of worms that should have never been opened in this country – too many avenues for abuse and confusion.

To mix metaphors, I think there are more chooks yet to come home to roost.

Andrei, since you will find you can write to many entities in the Australian media spectrum without the sort of “moderation” censorship applied by Crikey, surely you don’t need any encouragement to take such a course — unless you believe you wouldn’t have much support among Australian Citizens?

And when is our illegal PM going to renounce his dual citizenship?

Useful article. The grossly human rights-abusing Coalition has entrenched its position at the bottom of the barrel by threatening Australian civil liberties by threatening to widen its powers to remove Australian citizenship from people it doesn’t like simply by government fiat. In doing so it joins serial war criminal countries of the France, UK and US Alliance (FUKUS Alliance), noting that Nazi Germany and Apartheid South Africa did this on a large scale, Indian Partition in 1947 effectively robbed 18 million people of citizenship in their home towns, and the countries doing this on a huge scale today include democracy-by-genocide Apartheid Israel (that rules 4.3 million Occupied Palestinian non-citizens and excludes a further 6 million exiled Palestinian non-citizens) and military dictatorship Myanmar (that excludes 800,000 Rohingyan residents from citizenship).

The key point is that any removal of citizenship should be by a transparent judicial process and not by prejudiced ministerial fiat based on secret evidence. Further, there are existing laws prohibiting Australians from fighting for insurgent groups overseas and these should be urgently extended to prohibit Australians fighting for foreign governments, with the punishment in either case being imprisonment and not by removal of citizenship.

Thus possibly thousands (?) of Australians who have been brainwashed and radicalized by genocidally racist Zionists in Lib-Lab (Coalition and Labor Right)-backed, taxpayer-funded private schools have gone off to serve with forces of Apartheid Israel that are not just involved in illegal occupations, war crimes and genocide in Palestine. Lebanon, and Syria but have also been involved in the bombing, shooting, tasering, kidnapping, robbing, false imprisonment , torturing, mangling and killing of Australian citizens and the relatives of Australian citizens plus large-scale passport fraud and other crimes against Australia (see “Racist Zionism and Israeli State Terrorism threats to Australia and Humanity”: https://sites.google.com/site/palestiniangenocide/racist-zionism-and-israeli ). The anti-Arab anti-Semitic Lib-Labs support genocidally racist Zionist foreign fighters in the Middle East.

ISIS to all account appear to be barbarous in executing prisoners, and terrorizing and killing minorities, noting that since 2011 there has been a concerted attempted removal of the secular, pro-women’s rights Assad Syrian regime, with aid to jihadi and other rebels by the US, UK, France, Turkey, Qatar, Apartheid Israel and Saudi Arabian state terrorists variously through financial support, diplomatic support, weapons, military support, military training, military bases, access and transit (see Gideon Polya, “Fundamentalist America Has Trashed Secular Governance, Modernity, Democracy, Women’s Rights And Children’s Rights In The Muslim World”, Countercurrents, 21 May, 2015: http://www.countercurrents.org/polya210515.htm ).

One notes that in addition to committing Australia without UN or parliamentary sanction to Australia’s Seventh Iraq War in 100 years (post-1914 Iraqi deaths from violence or imposed deprivation totalling 9 million; “Muslim Holocaust Muslim Genocide”: https://sites.google.com/site/muslimholocaustmuslimgenocide/ and Iraqi Holocaust, Iraqi Genocide”: http://sites.google.com/site/iraqiholocaustiraqigenocide/ ), the Coalition is now actively killing Australians in the Iraq civil war – should UK-born, Australian-killing and Iraqi-killing Abbott be stripped of his citizenship or tried with his warmongering Coalition colleagues under international law?

Our only defence against Abbott is his own cabinet: