Finding and combating radicalisation: a study in confusion

In this, the second of a two-part series on radicalisation, Bernard Keane explains that spotting radicalisation, a task now being handed to teachers, is harder than governments make out. 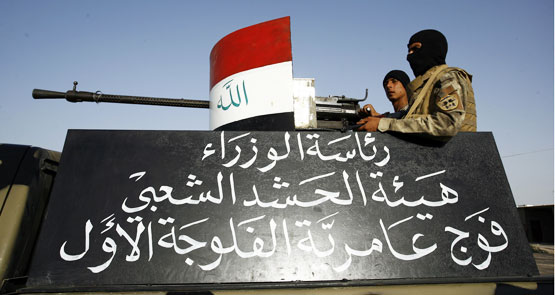 If the concept of radicalisation and the stereotypes that attach to it don’t stack up in the face of hard evidence, the signs we’re told could indicate radicalisation are even more problematic.

In the UK and Australia in particular, police have begun urging teachers to report signs of radicalisation among their pupils. As some teachers pointed out, spotting students at risk of drug abuse or suicide is hard enough, let alone the more complex issue of radicalisation.

In any event, the government is pushing forward with plans to train teachers and principals to spot radicalisation. According to a government drop to News Corp, teachers will be tasked with identifying “students drifting away from their friends, running into minor trouble with the law and arguing with those who have different ideological views to their own”. Australia isn’t the only country doing this: last year, Barack Obama’s Assistant on Homeland Security and Counter-terrorism offered parents and teachers warning signs of radicalisation:

“For instance, parents might see sudden personality changes in their children at home — becoming confrontational. Religious leaders might notice unexpected clashes over ideological differences. Teachers might hear a student expressing an interest in traveling to a conflict zone overseas. Or friends might notice a new interest in watching or sharing violent material.”

Needless to say, such “indicators” are unhelpful: being confrontational, arguing or being interested in watching violent material — even “running into minor trouble with the law” — describes a healthy percentage of Western teenagers. A senior British police officer, who is also a Muslim, offered some more specific advice: if a teen stops shopping at Marks & Spencer, it could be because they had been radicalised. Slightly more helpfully, he also suggested radicalisation might be marked by an antipathy to alcohol and Western dress. Another British commentator said adopting Western dress might be a sign of radicalisation (in order to not attract attention), while also agreeing that adopting “Arab dress” would be a sign, too. “There may be a sudden obsession with physical fitness, more via outdoor adventure activities than team games,” he warned, suggesting Boy Scouts and Outward Bound could be serious crucibles of violent extremism.

A common feature of such warning lists is also secretive use of the internet, another activity that is likely to capture a solid proportion of teens.

Another persistent theme is that Muslim teens are especially amenable to online jihadist propaganda, with words like “grooming” and “brainwashing” being used to describe the impact of Islamic State videos and recruitment efforts. As Crikey noted yesterday, there’s very little evidence of online-only recruitment. But the “grooming/brainwashing” argument also assumes a strangely passive role for its targets, an assumption that has come in for criticism. As a British researcher has noted, it relies on the idea teenagers aren’t mature enough to make their own assessments of political issues or how to respond to political violence. He also explains that it is profoundly ahistorical:

“A century ago, the estimated 250,000 boys who volunteered to fight for the British Army were hailed by newspaper editors and political leaders as heroes and patriots, not dupes or truants. The role of black South African schoolchildren in the struggle against apartheid was scarcely pathologised or belittled.”

By portraying young Muslims as passive vessels for external ideas, it also prevents us from properly understanding how radicalisation may actually occur, particularly if governments resort to simplistic and ineffective techniques like internet censorship to cut off the sources of propaganda and “grooming”, rather than providing them with compelling alternative narratives to the one on offer from jihadists.

Rizina Yadav, a teenager writing for Fairfax in April, argued that while “the internet has become one of the most powerful tools for the dissemination of ideas and Islamic State has harnessed this power very effectively and persistently”, in her view “empowering young people with the ability to question what is presented to them, especially in the face of terrorism or extremist ideologies, is another preventative strategy”.

For Yadav, young Muslims aren’t passive victims of brainwashing but people capable of questioning, and deriving their own conclusions about, extremist ideologies. The challenge is giving them the tools and material to do so.

This echoes the conclusions of British writer Arun Kundnani that the British counter-terrorism strategy of seeking to assert “British values” (at the expense of a perceived value-less form of multiculturalism) may be counter-productive, in encouraging  young British Muslims — born in the UK, and often the children of parents born in the UK — to feel alienated.

The British strategy has also strongly focused on trying to prevent the dissemination of extremist material both online and off, with a number of British Muslims — significantly more than in Australia — jailed for the mere expression of, or possession of, extremist material. Kundnani suggests these exclusionary approaches be replaced with a more inclusionary approach that recognises the role of Muslims in reshaping British identity and encouraging “wide-ranging discussions of religious ideology, identity and foreign policy” rather than delegitimising and seeking to stifle extremist views.

In that context, the conduct of the “national conversation” that the Australian government wants to have about citizenship is potentially important. A “conversation” that appears to be about a white male government dictating what Australian values are and what citizenship means, and demanding compliance with that, risks alienating minority communities; a conversation that holds such groups as a valued part of the Australian identity and with a valid contribution to make to Australian values, however, would instead send a positive, inclusive signal.

The government is at pains to stress it is focused on uniting Australians. For the most part, its language is indeed couched in such terms, but with the occasional and unforgiveable lapse, such as Tony Abbott’s factually wrong claim that Muslim leaders don’t say Islam is a religion of peace “and mean it” enough. Such comments are likely to even alienate mainstream Muslims, who might figure that there’s no point in bothering if the Prime Minister is simply going to attack them no matter what they do.

The upshot of all this? To combat radicalisation, merely aggressively asserting Western (or British, or Australian) values, criticising the Muslim community and trying to cut off the mechanisms for “brainwashing” or “grooming” young Muslims is likely to be less effective than demonstrating our values by encouraging free speech, valuing the contribution of all communities and providing an effective counter-narrative to the one being offered online. As a number of counter-terrorism experts have suggested, some of the best people able to do that are disillusioned jihadists who’ve returned home.

This may not fit comfortably with those who’d like to punish returning jihadis, and to reject any role the Australian Muslim community has in contributing to the meaning of Australian values. But it may be the more effective means of stopping some of our young men from embracing violence.

Yesterday: Everything you thought you knew about radicalisation is wrong

Just why did Kylie Moore-Gilbert go to Iran in the first place?

“with those who’d like to punish returning jihadis” – Nope not that. It’s the fear that they are coming home with the intent of causing further harm. D’ya reckon those scheming overseas don’t want to take advantage of our relative freedoms?

I recently attended an open day at the local mosque. A panel featuring two assistant police commisioners and islamic leaders took Q&A and was a real eye opener.

The biggest frustration is the lack of msm support for the moderate message in condemning terrorism. This is amplified by the hypocrisy of the government to claim moderate muslims need to speak out, when in fact they do.

The police acknowledge this and work with the muslim community to maintain moderation while the government undermines them for every petty political point scoring opportunity, undermining our national security so they can pass new laws to increase the same.

BERNARD K: ‘to spot radicalisation.’ (I’ve just started to read the article.) From what I have learned about WWII spotting radicalisation is on a par with ‘spotting Jews.’ Perhaps we are heading in the same direction as the Nazis?

Neutral, I’ve spent more time than most non-Muslim Australians in Mosques here and overseas, even helping them with training in one.
Some open days can be taken at face value, but others such as the Lakemba Mosque are charades, no matter whom the invitees may be. You attack alleged “hypocrisy of the government”; but Moderate Muslims have NOT tended to speak out meaningfully, and it’s understandable when you remember that much of the most savage carnage wreaked upon Muslims overseas has been perpetrated by fellow Muslims.
We may wish the world was different, but pretending it’s so doesn’t safeguard the welfare of Australian Citizens.