Brisbane Council website hacked. Yesterday we were alerted to the new look of Brisbane City Council’s gardening website, which proclaimed that “Islam is a religion beautiful and wonderful” and included a video of a spoken word song about Allah. We didn’t realise that gardeners in Brisbane were a big enough audience to target for this message, but we aren’t in the business of hacking websites. 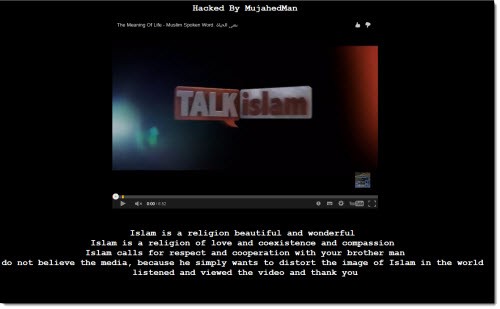 The hack does show, however, that there are weaknesses in the council’s website, which could be hacked by others with less peaceful messages. We asked Brisbane City Council how the hack had happened and if any weaknesses in its website had been identified and received the following response from a spokesperson:

“Council’s policy is not to provide comment on security-related matters, including IT security. Council continues to act on the advice of State and Federal agencies, to ensure all necessary security measures are undertaken.”

Clinton merch. Hillary Clinton’s campaign to become the president of the United States is proceeding at breakneck speed, and we’re still well over a year away from next year’s poll (and she’s not even the Democrats’ official nominee yet). Clinton has kept the momentum going by releasing a quirky range of merchandise that includes this throw pillow and a pantsuit T-shirt. Unfortunately they can only be shipped to addresses in the US. 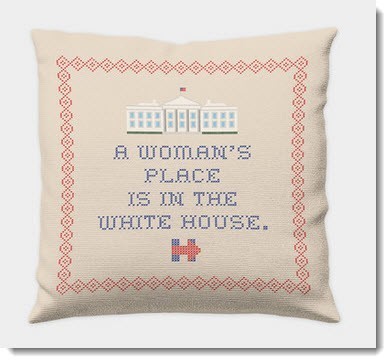 More Moore still to come. A caller to 2UE this morning said Sydney lord mayor Clover Moore had made the decision to step down at next year’s council elections, giving up the role of lord mayor. We put that to Moore’s office and were told there was “no substance” to the rumour and they didn’t know where it had come from. We can hear the editors at The Daily Telegraph sighing in relief — if there was no Clover Moore, who would they attack with headlines like “lord latte” then?

LNP leadership ideas. Yesterday we ran a tip from a source who had overheard deputy leader of the Queensland LNP John-Paul Langbroek talking about his leadership ambitions, and he named Deb Frecklington as a possible deputy leader. Another tipster sees that as very unlikely:

“Deb Frecklington is overplaying her hand if she thinks the party will call on her to fill the Deputy’s role. There is already sufficient numbers to see fresh blood move onto the frontbench particularly someone who is an old hat with the media and could demonstrate his ability to argue the bush’s case to the Sunday Mail and the Australian.”

That seems an oddly specific set of criteria for a deputy. Do they have someone else in mind?

The game that really matters. Tonight marks the first State of Origin match for the year, and as always our pollies are well and truly in the spirit, with Queensland Labor MP Graham Perrett betting a maroon or a blue tie with his NSW colleague Pat Conroy.

Where’s that blue tick? Staying on the sport theme, but switching codes, yesterday was a huge day in AFL news, with Carlton coach Mick Malthouse sacked before the season even reached the halfway point. Ms Tips understands that for anyone outside of Victoria the magnitude of the news is a bit baffling, but that doesn’t mean that Fairfax Twitter accounts can get away with re-tweeting parody accounts of their journalists. Yesterday the Canberra Times account, The Age‘s news director Mark Forbes, the SMH‘s Louise Hall, as well as ABC journos all re-tweeted this tweet from a parody account of Fairfax journo Caroline Wilson. The tweet itself was a straight report of the news, designed to fool people, but an account called @karowhinewilson isn’t the real deal. The Canberra Times account apologised once it was notified. Wilson herself isn’t on Twitter.

Standing by your man. As Malthouse’s sacking was confirmed, someone in the Crikey bunker commented that perhaps if club legend Stephen Kernahan were still president, the coach would still be in a job. Kernahan stands by his man, you see (just don’t mention Brett Ratten). 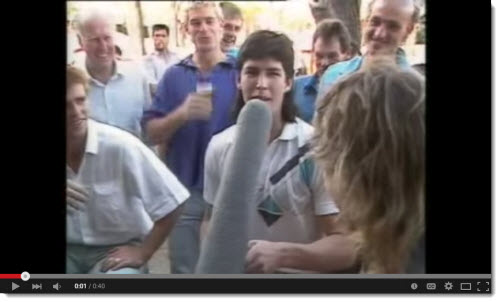 Can Shorten pull it off on July 2? Not if Queensland is any guide

The bullies in a one paper town