The ABC says it needs lots of managers. Plus other media tidbits of the day.

Too many managers? Not at all! The ABC constantly gets criticised by its own staff for its dense management structure. According to the 2014 annual report, only 65% of ABC staff were directly involved in content production, leaving the other third employed in administration, retail, and tech roles, with another 339 (7.2% of the ABC’s total 4000 staff) employed as “senior executives”.

This was criticised recently by former ABC (now Sky) journalist Jim Middleton, who in an opinion piece for The Australian wrote:

“ABC News management is much larger and more labyrinthine, a structure that complicates decision-making, obscures responsibility and makes news- breaking just that much more ­frustrating. In these pages last week, my former ABC boss John Cameron questioned the proliferation of ABC News middle management, in particular the hiring of ‘media managers’.

Asked at Senate estimates about it this morning, managing director Mark Scott said when he was a journalist he’d thought there were too many layers of management above him. But his experience in management had changed his mind. “Journalists have no idea of the complexity of managing journalists,” he told the Senate.

“We have levels of news management because we run a big and complex news organisation, not only in terms of output but in terms of geography and footprint.”

Scott, whose second five-year term as managing director ends in June 2016, denied he’d asked the board to extend his tenure. — Myriam Robin

Cable deal done. The deal has been done — John Malone’s US cable plaything, Charter Communications, has confirmed earlier reports it is buying Time Warner Cable in a cash-and-stock deal that values the larger rival at US$78.7 billion. The deal values each Time Warner Cable (TWC) share at US$195.71 based on Charter’s closing price on May 20, the two companies said in a joint statement overnight. The statements came a day after reports were leaked of the impending agreement.

So 17 months after first bidding for Time Warner Cable, US cable TV and broadband company Charter Communications has got its hands on its larger rival. TWC was going to be swallowed up by Comcast until US regulators nixed the deal last month. Now Malone, one of the most enigmatic and powerful media owner around the world, gets to be No. 2 in US cable, to go with his No. 1 spot in European cable (and No. 2 in European pay TV after the Murdoch clan’s Sky). Charter also confirmed it would buy Bright House Networks for US$10.4 billion (controlled by the Newhouse Family), and it said that its offer for TWC valued the latter at US$78.7 billion (not the US$55 billion reported the day before).

When the deal settles, TWC’s shareholders could own as much as 44% of Charter, with Advance/Newhouse holding 14% and Liberty owning about 20%. Charter CEO Tom Rutledge will be firmly in control: he’ll have a new five-year employment agreement. He will be chairman and CEO of the merged company. Seven other members of the 13-director board would be nominated by Charter’s current independent directors. Advance/Newhouse would have two seats, and Liberty would have three. US media reports say the deal will be checked by regulators, but don’t expect it to hit as many problems as the Comcast TWC deal — especially in high speed broadband. And not a video streaming business anywhere in the three companies. — Glenn Dyer 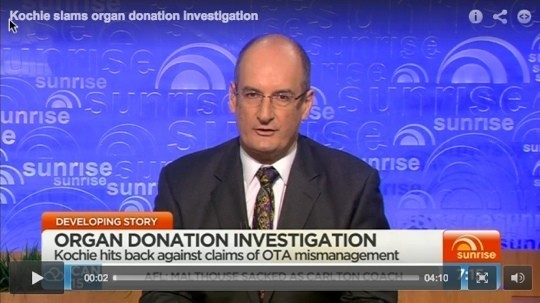 Front page of the day. Stage of Origin madness begins at the Tele … 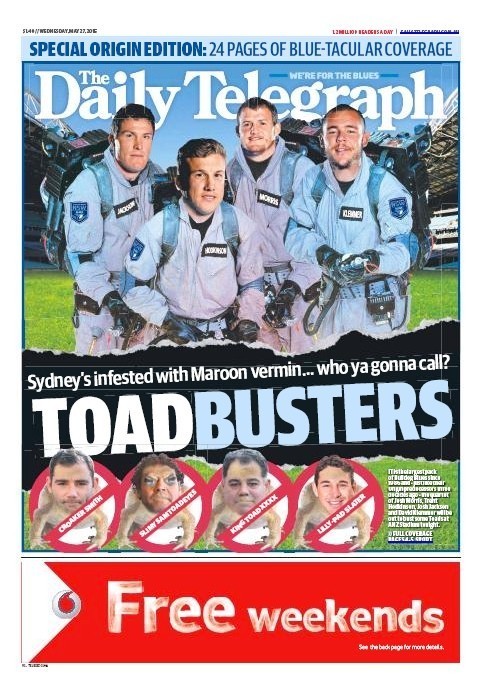