Everything you thought you knew about jihadi radicalisation is wrong

Hard evidence suggests our ideas about the process of "radicalisation" of extremist Muslims are deeply flawed. 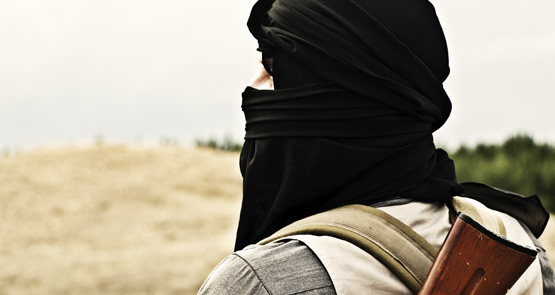 What is radicalisation? How do people — almost invariably young men — decide to embrace extremist violence? What are the preconditions for it? What are the symptoms of it?

The answers to those questions are entirely unclear, despite the government constantly talking about it for months and even appointing a parliamentary secretary yesterday to address violent extremism. What we know about radicalisation is very limited, and very confused.

The concept itself is relatively new: before 9/11 and the War on Terror, we fixated on terrorist groups and their goals — the destruction of Israel, a united Ireland, a communist Italy or Germany. Since 9/11 and especially since Western citizens began joining al-Qaeda, we’ve fixated on how individuals are turned into terrorists.

The idea of radicalisation, however, sits a little uneasily with the official narrative of terrorism offered by the major political parties in Australia — that terrorists are simply “evil”, that they “hate us for our freedoms”, that the West is an innocent victim of this evil hatred. To refer to radicalisation suggests a terrorist may start off as an everyday Australian, but because of some external cause or life-changing event, begin hating us and wanting to kill us.

Early on in the War on Terror, the suggestion was there was something intrinsically backward and totalitarian about Islam — i.e. all Muslims were potential terrorists — but while some on both the left and the right still cling to this, it’s not a helpful explanation of why only a tiny fraction of Muslims turn to terrorism. It’s also plainly no help in explaining continuing terrorism carried out by right-wing or white supremacist groups in Western countries, a phenomenon that is normally dealt with by the media and governments quietly pretending white non-Muslim males don’t engage in terrorism, but merely violently express anger, disaffection or mental illness.

But subsequent efforts to understand how radicalisation works haven’t proven much more successful. One study identified eight different models, frameworks, mechanisms, pyramids or “staircases” to terrorism. Prominent experts, such as former CIA operations officer Marc Sageman, have significantly changed their position on how to account for radicalisation — Sageman now says the idea there is “any serious process called ‘radicalisation’ … is really a mistake”. And even some of the most basic assumptions about radicalisation, on examination, prove questionable or deeply flawed.

For example, the emphasis on religious radicalism (in particular, Salafism) is, at best, more complex and nuanced than usually suggested — jihadis appear to be disproportionately drawn from non-practising or very casual Muslims; recruiters may even target those without any sort of strong faith, as the latter would be able to identify the flaws in their violent interpretation of Islam — and may even be misplaced. “Some are pious, some are not,” says another prominent radicalisation expert, Peter Neumann, director of London’s International Centre for the Study of Radicalisation.

It’s also unclear that jihadi recruits are necessarily disaffected or economically marginalised. Some experts and Islamic community leaders emphasise both youth unemployment and a sense of having no participation in their broader community. Others note that this isn’t always the case: young Muslims are more politically engaged than the rest of their community, according to one Australian academic; research from the UK shows violent extremists are “demographically unremarkable” in terms of economic and community background; this chimes with US data as well.

Australian security and terrorism academic Andrew Zammit has suggested that Australian jihadists are somewhat unusual for being poorly educated compared to those from other Western countries, although that doesn’t include recent suspects arrested over the last six months. What we do know is that jihadi recruits often have mental illness or substance abuse in their background, although this may be because recruiters (including informants working for security agencies) target such people.

In terms of the external force that prompts radicalisation, authorities and the media have traditionally singled out radical mosques and “hate preachers”. However, the new narrative of “lone wolf” relies heavily on the supposed powers of the internet as a mechanism for radicalisation, either through the expert propaganda of groups like IS, or via savvy online recruiters. It was then-ASIO head David Irvine who complained that the internet allowed “unfettered ideas” to radicalise people in 2011. Now, the image of “grooming” and comparisons with paedophiles are frequently invoked. Irvine’s successor Duncan Lewis recently said, “they are looking for young, impressionable kids and grooming them”, via the internet, which has “really has become the platform of communication of these narratives”. IS is constantly identified as a social media threat, “masters of propaganda; they’re masters of social media,” as Tony Abbott says. Except, the peer-reviewed evidence doesn’t support this.

A 2014 report by UK anti-extremism think tank Quilliam found “the vast majority of radicalised individuals come into contact with extremist ideology through offline socialisation prior to being further indoctrinated online.” A 2013 RAND Corporation analysis concluded “our evidence does not necessarily support the suggestion that the internet accelerates radicalisation or replaces the need for individuals to meet in person during their radicalisation process … we didn’t find any supporting evidence for the concept of self-radicalisation through the internet.”

“… while much has been written and implied concerning the role of the internet in radicalising young people, there is little actual evidence that it plays a dominant role in radicalisation. More likely it has a facilitating and enabling role, such as in maintaining network contacts and reinforcing ideological messages that have already been internalised by their audiences. Face-to face human contact appears to remain crucial to recruitment …”

What emerges most commonly in radicalisation studies is the importance of political events. Many of the foreign fighters who joined jihadi groups in Syria before the rise of IS in 2014 did so in response to atrocities by the Assad regime in the Syrian civil war, in the same way the Iraq War, which cost hundreds of thousands of Iraqi lives, motivated the London and Madrid bombers, while the return of Western military intervention in Iraq is motivating IS recruitment now.

Sageman says, referring to one of the Woolwich murderers, “if you listen to the video of that guy, Michael Adebolajo, he very much says it is because of the [Afghan] war. At what point are you going to start listening to the perpetrators who tell you why they’re doing this? The same applies to the videos of the 7/7 bombers.” As another expert argues, terrorism by radicalised jihadis in the West fits very well the pattern of earlier waves of terrorism, from the anarchism of the late 19th century to the rise of the Provisional IRA, in responding to state violence.

“There was a consensus in the literature about the role of political grievances as key explanatory factors driving radicalisation in Europe, especially concerning British (and Western) foreign policy, and the perceived humiliation of Muslims in conflict zones, or ‘humiliation by proxy’… This would appear an important finding, suggesting that understanding political action requires, at least in part, political explanations.”

Needless to say, this isn’t a sufficient explanation of radicalisation — plenty of people are angry about the slaughter of hundreds of thousands of Iraqis, but only a tiny handful reacted by trying to kill westerners. Beyond that, the role of peer networks, for example, can become critical. But it undermines the heavy emphasis on religious radicalism that pervades Western thinking about radicalisation and, as we know, is reinforced by the conclusions of intelligence agencies, most recently the head of the CIA. A key factor in radicalisation, to the extent it exists, is that we keep attacking Muslim countries.

Tomorrow: the “symptoms” of radicalisation, and what works to stop it?

Finding and combating radicalisation: a study in confusion

How do we explain that the vast majority of victims of radicalised Muslim terrorists are fellow Muslims – not Westerners or crusader invaders or Christians or Callithumpians? When these fools trudge across to Syria or wherever they won’t be aiming their AK47s at Americans. It will be at other Muslims. A westerner is just a bonus, useful only for the propaganda videos or ransom money.

When you feel disenfranchised for so long, anything that gives a sense of belonging becomes powerfully addictive. Having a shared goal and a sense of brotherhood – which the propaganda videos demonstrate – can be a powerful motivator.

And like any gang, allegiance to the gang comes before the rights of outsiders. This gang just happens to employ a lot of religious symbolism.

Hold on a second!

Get outta here! Who woulda thunk it.

@ Mikeb – maybe most victims of terrorism are muslim because the terrorists are often funded and controlled by pro-western disaster capitalists intent on collapsing muslim societies by provoking Sunni vs. Shia conflict.

Imagine my excitement, Bernard, when I read your headline proclaiming, “Everything you thought you knew about jihadi radicalisation is wrong.”
What a letdown to find it wasn’t a belated confession on your part but merely a rehash of your previous efforts which suggest you still don’t actually understand the issue particularly well.