Brandis pushed aside in counter-terrorism confusion

The counter-terrorism changes announced yesterday sidelined George Brandis and his Department, while the government is getting on with plans to strip Australians of their citizenship. 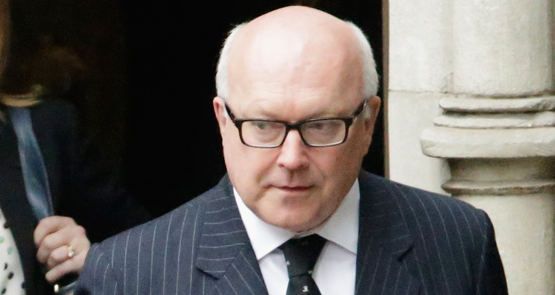 If you’re confused about the government’s counter-terrorism changes announced yesterday, join the club.

Problematically, however, PM&C already has a National Security Adviser — or at least used to, until Tony Abbott quietly downgraded the role, while leaving the incumbent, Margot McCarthy, in it (critics say Julia Gillard also had little interest in the position, created by Kevin Rudd with much pomp in the early days of his prime ministership). These days McCarthy is simply called “associate secretary national security and international policy”. Now she’ll be joined at PM&C by Moriarty in his new role. And bear in mind there’s a National Security Committee of Cabinet as well, which is supposed to be the co-ordination point for different national security issues.

If all that’s a little confusing, there’s also a new political arrangement: Michael Keenan, currently Minister for Justice in George Brandis’ Attorney-General’s portfolio, will become Minister Assisting the Prime Minister on Counter-Terrorism, working from the PM&C portfolio. Keenan and Moriarty will join the National Security Committee for counter-terrorism discussions.

Asked why Keenan wouldn’t have oversight of ASIO, instead of Brandis, the PM yesterday gave an interesting answer, first of all insisting that all intelligence and law enforcement agencies not merely in the AG’s portfolio but in Defence and his own portfolio were “all incredibly important” in addressing counter-terrorism and that “what we want is a minister who can manage at the political level and the co-ordination between all of them so that ministers, no less than officials, are all working together”.

So Keenan will seemingly sit above Brandis as coordinator of all agencies involved in counter-terrorism, not merely the ones in the AG’s portfolio. Brandis, whose tenure as Attorney-General has been marked by a series of embarrassments and blunders, has been pushed aside both ministerially and departmentally, with PM&C now taking on a counter-terrorism role that, until now, has been officially designated as the role of AGD. After all, it’s AGD that claims on its website “our department administers Australia’s laws against terrorism”.

The government at lunchtime announced it would be legislating to strip people of citizenship if they’re deemed to have engaged in terrorism and they are dual citizens, as well as launching a “national conversation” to “improve understanding of the privileges and responsibilities of Australian citizenship.” Philip Ruddock, appointed “Special Envoy for Citizenship and Community Engagement” and Connie Fierravanti-Wells, who has been appointed parliamentary secretary to Brandis, will be charged with leading the “conversation”. Fierravanti-Wells will also be responsible for “strengthening the link between existing Department of Social Services programmes and the Government’s broader strategy for countering violent extremism.” Immigration Minister Peter Dutton will have the power to strip people of their citizenship, although the decision will be judicially reviewable.

*An earlier version of this story, prepared prior to the government’s announcement, provided incorrect details about the government’s proposals relating to citizenship and terrorism. They have now been corrected and updated. The changes were taken to Cabinet by Immigration minister Peter Dutton, not the Attorney-General, as originally stated; the Attorney-General has been reported as having opposed the proposal to strip people of their citizenship while not holding dual nationality.

The ABC stands out, thanks to old reliables and good reporting

BoJo and now ScoMo: is the centre-right being torn apart by far-right ‘tigers’?

[Senator Fierravanti-Wells as a “minister for deradicalisation”]
Good grief! Not even Monty Python could make that one up.
Talk about losing the plot.

Surely it’s time for a quick knighthood and to send Sir George off with his former Qld senate colleague into diplomatic land, somewhere benign like a new ambassadorial post in Ulanbaatar

With all these new appointments to new positions apparently duplicating or even tripling their responsibilities, Tony really is establishing himself as the cut-through, no-nonsense, no red-tape kind of leader. He would perhaps do better to remember Napoleon who loathed what he identified as, “Order, counter-order, disorder.”

BK: Honestly Bernard, George Brandis’ whole career in politics has been a series of blunders and embarrassments, it’s just that as AG he makes more of them.

Would you buy “Brand-X”? And as for leaving these decisions up to the likes of Homer Dutton ….?

[I reckon there’s some perspective to be gained by viewing these announcements through the prism of what else is going on at the time – it’s almost as though they’re engineered/held back (for release) to distract us from looking at something else going on at the same time?]