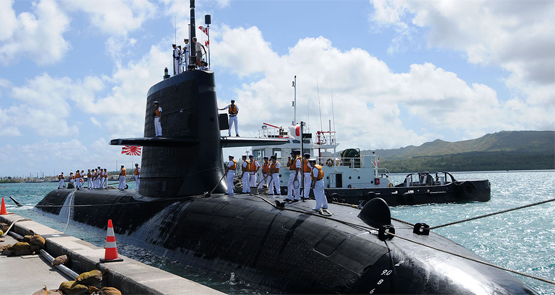 The federal Defence Department has refused to back Prime Minister Tony Abbott’s assertion that the Japanese Soryu submarine is “the best in the world”.

The PM made the claim in February, telling Parliament that discussions over the multibillion-dollar future submarine program “have been more detailed with the Japanese, because the Japanese make the best large conventional submarine in the world”.

But written answers from Defence to questions put on notice by Senator Nick Xenophon during an estimates hearing are considerably less effusive.

Asked whether authorities have briefed the Prime Minister that the Soryu is the best in its class, the department replied: “Defence has provided a range of advice to Government on the future submarine program, and through engagement with Japan, Defence has established that Japan has been successful in the design and build of the Soryu class, which is of a size similar to that required by Australia.”

However, it continued, “publicly available information does not provide a true indication of the capabilities of the Soryu design”. Defence revealed senior navy submarine command-qualified officers had “been to sea in a Soryu class submarine” early this year as part of their research.

Xenophon says the political rhetoric doesn’t match the technical realities. He told ABC radio: “[The Japanese] are the favourites to win this, the process seems to be stacked towards them and that is a real concern because they have never built a sub overseas let alone shared their technology, unlike the French or the Germans.”

He also expressed fears that an overseas design would not yield local jobs in manufacturing. Defence Minister Kevin Andrews has confirmed the much-hyped 500 new jobs would instead be in “design assurance, combat system integration, and land-based testing of submarine systems”.

It comes as the Liberal Party’s embattled member for the federal seat of Hindmarsh, Matt Williams, claims he’s lobbying his colleagues “extremely hard” to push the case for South Australian shipbuilding.

The Abbott government lobbed an 11th-hour grenade into celebrations for the weekend launch of the first Air Warfare Destroyer, selectively leaking details of an internal audit that cast the AWD’s management in further bad light.

It was seen as a concerted bid to undermine ASC’s case for a significant slice of the future submarines project. But the move could have local political ramifications, with Defence jobs a sensitive issue with South Australian voters, and the prospect of several Liberal seats changing hands.

Hindmarsh, already on a knife-edge, appears the most likely to fall, but incumbent first-term MP Matt Williams said: “We’ll see about that next year.”

“People know in my electorate that I’m working very hard, talking to every minister,” he told ABC radio.

“I spoke to [Finance Minister] Mathias Cormann last Wednesday, each opportunity I have I’ve brought a cabinet minister down to ASC, and I’ve had numerous meetings with the Adelaide and the South Australian business community, where they’re talking about Defence shipbuilding and arguing the case.”

Abbott must be talking through his FTA ….. and FSA?

Xenophon is, on this matter an idiot.

Defence knows exactly how good the Soryu’s are, they’ve operated with and against them in exercises plus as thee article points out, Australian submariners have seen the subs in action from on-board.

As Defence says, they have “technical information that helps us to understand aspects of the Soryu design that relate to our submarine capability needs.”

However, it continued, “publicly available information does not provide a true indication of the capabilities of the Soryu design”.

That’s because much of the information gleaned is highly classified as per agreements between Government’s and certainly not for passing on to an independent Senator who has an axe to grind.

That’s because much of the information gleaned is highly classified as per agreements between Government’s and certainly not for passing on to an independent Senator who has an axe to grind.

I don’t particularly support Xenophon on this issue, but it does bother me that a Senator asking questions about the capabilities of a system isn’t being given a full briefing. Defense needs to stop offering up drivel like that offered to Xenophon and organize a closed-door responsible briefing.

Pity the same scrutiny is not being applied to all those expensive and late Yankee aircraft we have on order.