Who leaked to Laurie: will the govt hunt down Oakes’ informant?

A leak of Foreign Investment Review Board applications is a serious breach of confidentiality, but strangely the government appears in no rush to track down the leak. 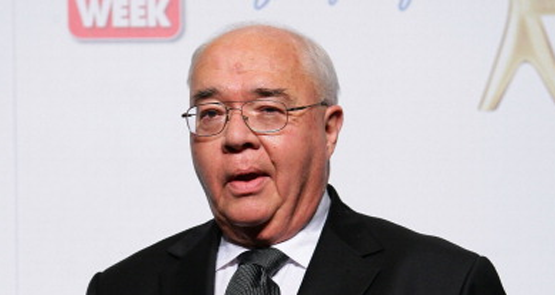 Many years ago, as a mid-level functionary at the Department of Transport, I received a letter from Treasury inviting the department to offer comment on a proposal by Virgin to establish an airline in Australia. The proposal had been lodged with the Foreign Investment Review Board by Virgin, and Treasury was seeking comment from other departments with an interest in the issue. Needless to say, such a proposal would have massive repercussions for Qantas, at that point revelling in its post-Ansett collapse status as the domestic aviation monopolist. Also needless to say, the Treasury request was made in strictest confidence.

I don’t recall if I felt any temptation to use the information of Virgin’s pending entry into the domestic aviation market either for some form of personal profit or merely to celebrate the fact that a much-loathed monopolist was about to face some well-resourced competition, but to in any way breach the confidence attached to the request was anathema to me as a public servant (and to me as someone keen to avoid criminal prosecution), as it would have been to 99% of my colleagues.

“I understand that several foreign investment applications that would potentially affect a number of mining inquiries were lodged with the Foreign Investment Review Board during the week and quickly hit Hockey’s desk. They came out of left-field and were seen by the Treasurer and the PM as a gamechanger.”

We don’t know Oakes’ source, of course, and it could have come from a senior bureaucrat in Treasury, the Industry portfolio or the Department of the Prime Minister and Cabinet. More likely, it came from someone within the government, given the leak attempts to justify the government’s extraordinary contortions on an iron ore inquiry.

Leaking FIRB applications — even in broad, rather than company-specific, detail — is a serious matter. FIRB tells applicants:

“… the Government recognises that much of the information that the Board will need in order to assess its attitude to a particular proposal will be sensitive commercial-in-confidence information. The Government will respect this confidential status and will award it appropriate security to ensure that it remains so.”

That “appropriate security” appears to be missing in this case.

Understand that FIRB application information isn’t normal internal government information, the revelation of which would be beneficial from the point of view of transparency. It’s information that foreign companies are forced to provide by Australia’s antiquated, protectionist foreign investment laws. Those laws require co-operation with a “black box” assessment process in which the guiding principle of “the national interest” is deliberately kept vague to give politicians the maximum flexibility to approve or disapprove applications.

In any event, regardless of the ethics of leaking such information, the leak to Oakes is a breach of FIRB confidentiality and, presumably, requires an AFP investigation. Sadly, the government’s data retention regime, with its purported protections for journalists, isn’t yet in place. It’s unlikely any telco would have deleted data from last week, so tracking down which departmental official, ministerial staffer, politician or minister has called or texted Oakes in the last seven days would be straightforward, as would accessing the emails of such people to check if they have used work accounts to contact the journalist. As we know, the Australian Federal Police have devoted considerable time to trying to identify the bureaucratic sources of “unauthorised disclosure of Commonwealth information” in the border protection area that has embarrassed Immigration head Mike Pezzullo. Presumably the AFP will undertake the same effort at the request of Treasury head John Fraser?

But so far there’s been no word that a concerned government has referred the leak to the AFP. There wouldn’t be one rule for leaks of sensitive information that embarrass a government and another for leaks that serve its interests, would there?

Lozza has been gamed

But of course, what else would you expect, and could you
find out who really cares!

BERNARD KEANE: You’d better believe it! Why use one law, when you can have half a dozen operating under the Liberal Party aegis?

When the government does it that’s dunky-hory, eg when Blot read “the only sec5ret report that Wilkie ever wrote for ONA” in the run-up to the Coalition of the Killing, the AFP couldn’t figure out who/how/when/where etc despite the only copy at the time being signed out to Lord Bunter the Downer.
When Kevin “Andrews” Android as Immigration Minister leaked about Dr Haneef (can it be a leak if it is utter lies..?) again no response discernible from the Plastic Plods.
So as government policy it is immune although the breach of confidence can be far greater but when a concerned individual exposes corruption, incompetence, dangerous & detrimental behaviour by politicians, government agencies and qangos, the proverbial faecal/air movement device ensues.