Bruce Gordon's WIN has decided to close its Mildura and Mackay newsrooms. 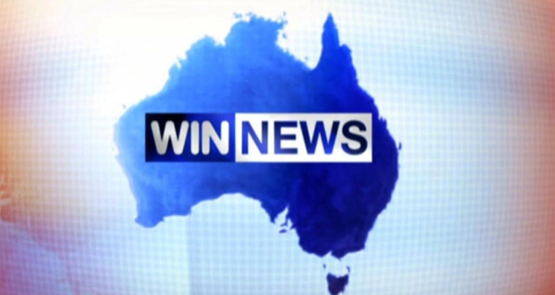 Residents in Mackay, Queensland, and Mildura, Victoria, will have one fewer news service dedicated to their regions, after WIN management suddenly told journalists at both TV newsrooms yesterday the bureaux would be shut down.

In Mackay, sources say the closure wasn’t entirely unexpected; while the announcement was made very suddenly, the program has been struggling in the ratings for some time. Seven also operates a bureau in Mackay, a major regional agricultural and mining centre in north Queensland. Mackay, the sugar capital of Australia, is an important news area — it’s the nearest major city to Abbot Point coal terminal, where a controversial proposed expansion is feared to potentially deposit soil into wetlands near the Great Barrier Reef.

Journalists at Mildura, however, were far more shocked by the closure. Mildura sits inland, around halfway between Melbourne and Adelaide, and a WIN newsroom journalist said the loss of the local bulletin was “devastating” for the local community. WIN produces the only daily local bulletin in Mildura.

Adelaide and Melbourne TV news isn’t relevant to people in Mildura, so the local news was very closely watched, a journalist in the region said. “What pisses me off is that the news still rates quite highly.”

However, Crikey has been told that both the Mildura news operation wasn’t making as much money as it had in the past. It’s understood most of WIN’s regional news operations are profitable, and broader cuts are not expected. WIN News has shut down a number of specific bureaus in recent years over profitability concerns.

WIN is millionaire Bruce Gordon’s privately owned regional news company. In a statement, the company said it was “committed to its staff” despite closing the bureaux. The company cited “commercial viability factors” behind the closures. CEO Andrew Lancaster said WIN was the “most prolific” producer of local news bulletins, and remained committed to local news “across the majority of our markets”. “But, in a media environment that has its challenges and is faced with constantly increasing program supply and infrastructure costs as well as a lack of regulatory reform, we need to continue to review our operating model to ensure the ongoing success of WIN as a business.”

“Our first priority will be working with the staff impacted by the closures to redeploy them into other roles across the network.”

I knew saddle and harness makers who lost their jobs because demands changed with the introduction of new technologies / changing customer demands / etc.
These sorts of problems predated capitalism, and wanting others to subsidise the lifestyles of well-paid workers in modern Australia takes the proverbial cake.