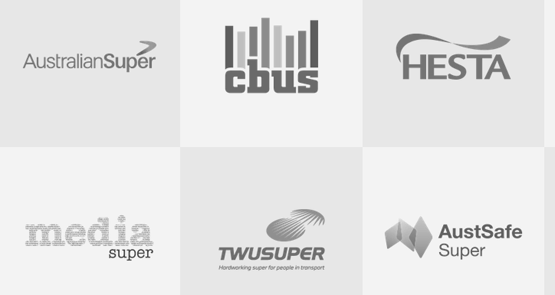 This week the royal commission, led by right-wing former judge Dyson Heydon and primarily established by the government to pursue Julia Gillard and establish a case in the public mind for a legislated crackdown on unions, issued a discussion paper on “options for law reform”, including a section raising concerns about “the potential for coercive conduct and conflicts of interest in enterprise bargaining identified in respect of … superannuation funds … because of the institutional links between trade unions and industry superannuation funds”.

This reflects the views of the government, which passionately loathes industry super. Tony Abbott has claimed it is run by “venal” and “corrupt” union officials.

The retail super sector — primarily controlled by the big banks and AMP — was delighted. Sally Loane, head of the retail super lobby group the Financial Services Council, used it to demand that “superannuation must be decoupled from the industrial relations system to avoid these conflicts and to open up the superannuation market to competition and choice”.

Weirdly, last week the AFR reported that the FSC has just released a report called Raising governance standards in the superannuation industry, which “urges the government to mandate all superannuation funds have an independent chair and a majority of independent directors”. Problem is, the report is nowhere to be found on the FSC website, or anywhere online, and the FSC didn’t respond to Crikey’s requests for a copy.

The preponderance of union and employer appointees on industry super fund boards — though, again, no one ever bothers mentioning the employers — is an issue that should be considered on its merits. Would it be better to have more independent directors on industry super boards? It might well be. But the most critical performance indicator on the issue is surely the performance of funds.

And, with excruciating timing, yesterday APRA released its latest data on fund-level performance. The results make painful reading for the retail super sector. In calendar year 2014, retail super funds averaged a rate of return of just over 9.3%. Industry super funds, managed 11.6%, on average. In 2013,  industry funds managed 13.4% to retail super’s 11.8%.

The industry super sector says that, over the period 2004-14, on average industry funds have outperformed retail funds by just a tick under 2 percentage points every year.

Seems like those “corrupt”, “venal”, ‘conflicted” union officials are constantly proving better super managers than the retail sector — at least if you think a higher rate of return for members is the point of super. Assistant Treasurer Josh Frydenberg certainly agrees — he moved his super from AMP to an industry fund (and picked well — Australian Super was a strong performer last year, with a rate of return over 13%).

Of course, the really successful super funds are corporate funds — in-house funds run by companies for the benefit of their own employees. These are rarely open to the public like industry and retail super funds are. They averaged just over 12% last year, better even than industry funds. Nine of the top 20 best performers in the APRA data are corporates.

The underperformance by retail super partly reflects the high fees charged by the sector. Super fees are of concern both to the Reserve Bank and David Murray’s Financial Services Inquiry, which said Australians faced some of the highest fees in the world. And they translate into a very real drag on the performance of what is, after buying a house, the most crucial investment Australians make in their lives.

One fund is worth noting: the Construction & Building Unions Superannuation (CBUS) fund has been a particular target of the Royal Commission, over claims the CFMEU was given access to membership data. Heydon claimed in his interim report last year that CBUS had been “infected” by the interests of the CFMEU and talked of “cultural corruption”.

So, how did, the “infected”, “corrupt” CBUS fare? Sorry Dyson, but its 2014 rate of return on its $23 billion in assets was 13.2%. That places it behind only two retail super funds, out of over 100, and well ahead of the average performance of industry super overall.

The disparity between the allegedly crooked industry super sector and the retail super sector is so great even Heydon’s witch-finders noticed it. Go to the very bottom of the discussion paper section on super and you’ll find this rather sniffy statement: “It is often said that industry superannuation funds have performed well in comparison with retail superannuation funds.”

Heydon and his team, naturally, aren’t interested in private sector rorts in superannuation. There’s the $172 million Trio Capital fraud and losses that only came to light when a Sydney hedge fund manager started prompting financial journalists to write about Trio’s dodgy activities. Plenty of court action, jail time and bans have been handed out over Trio, but the main offender got away scot-free with an estimated $100 million or more. And then there are the annual losses from unpaid super — either inadvertent or deliberate (such as by companies struggling to survive financially). That has been put at $2.5 billion a year — which dwarfs anything claimed to be down to rorting by “venal”, “corrupt” unions.

Why is world banking conspiracy theorist Malcolm Roberts speaking at a finance conference?

It’s time for a reckoning on FOFA

Terrific article. Be interesting to see if there is any response. I have my super in an industry based fund and would strongly resist any urge to move it elsewhere. I refuse outright to bank with ‘the big 4’ especially after the recent stories of mismanagement.

In the Coalition’s defence, it is far easier to deal with a retail superannuation cartel as it means you only have one set of instructions to follow.

Plus with all this talk about taxing those with large Super earnings, it could also be argued that the retail funds are helping to shield their customers from any such potential liability.

Just when you think this government has run out of people to antagonise…. they find somebody new to antagonise!

What’s the world coming to when the socialists and the commies out-capitalist the capitalists?

Bob’s Uncle, as you say: …with all this talk about taxing those with large Super earnings, it could also be argued that the retail funds are helping to shield their customers from any such potential liability.

Furthermore, it could be said, if you want to make a small fortune out of super, hand over (transfer) a large fortune from an industry fund to the retail super funds to manage on your behalf.