Despite the provocative headlines, Australian criminals are not, in fact, using terrorist groups to launder money. The Mandarin's David Donaldson reports. 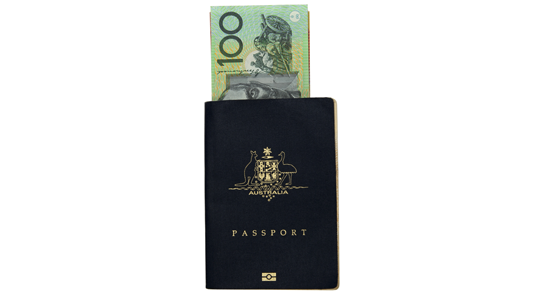 It’s the perfect story to get screaming headlines: organised criminals are funding terrorist groups by laundering money through them. But are they?

But the headlines raised eyebrows in the Crikey bunker: why would criminals want to launder money — “clean” it, usually by cycling through a legitimate business — using a terrorist group, which would surely make it appear even more suspect?

Suspicions were not allayed by inspecting the document itself, either — the report makes only minor references to terrorism, and does not mention at all that “international terrorists are profiting from millions of dollars sent overseas by Australian crime gangs seeking to launder money made from selling drugs and other illegal activities”, as The Australian put it. In the entire 84-page report, the most substantive reference to terrorism is a single paragraph:

“Of particular significance in 2015 is the continuing threat of terrorism. The problem of Australians going abroad to fight is an emerging area of complexity for this country. As counter-terrorism efforts throughout Australia are enhanced, the linkages between terrorism and the broader organised crime and volume crime environments are being identified. These linkages include, but are not limited to, Australians who finance terrorist activities, Australians who leave Australia to support terrorist causes, and who may return to Australia with the intent of inflicting harm on the Australian community, or Australians who may be recruited by organised crime groups seeking the specialist skill sets they developed in foreign conflicts.”

To be fair, media reports mostly gave Australian Crime Commission boss Chris Dawson as their source of the information, not the report itself. Crikey asked Fairfax crime reporter Nino Bucci where his claim — “Organised criminals are using terrorist groups to launder money” — came from, and he told us the ACC chief had said that himself, in an interview with Bucci.

Dawson stated at a press conference yesterday: “There’s a myriad of ways in which money is laundered, and we’re seeing those linkages that do have some connectivity with terrorist groups.”

When asked for clarification on where this claim stemmed from and what it meant, the ACC denied it was true:

“The Australian Crime Commission has identified the increasing use of professional money laundering syndicates by serious and organised criminal groups, primarily those involved in illicit drug trafficking. It is not correct to suggest that criminal groups are using terrorist groups to launder money.”

So a case of everyone getting carried away with an eye-catching story, or should Dawson have been clearer?

The tax man is watching: new surveillance force for ATO

If Crikey says it’s not a possibility, does this mean we should simply dismiss it without further analysis?