Equality does not trickle down, no matter what Girl Power feminists say

The philosophy underpinning She Leads, a new feminist conference to "inspire" women leaders, is total pants. It ignores the basic truth about inequality and supply-side economics. 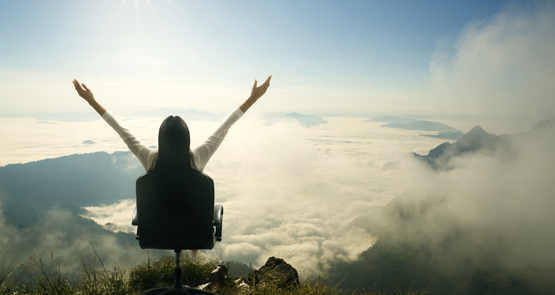 If the GFC produced anything of genuine use-value, it was the gift of Thomas Piketty. A French social democrat whose work, Capital in the Twenty-First Century, remains a best seller, Piketty gave popular new life to the old view of the “fundamental inequality of capitalism”.  The critique he has received from economic calculists, the centre right (usually that he is too utopian in his disdain for capitalism) and the hard left (usually that he is too utopian in his love for capitalism) notwithstanding, this newly celebrity thinker revived the discussion of an important idea. Namely, that we are all Thatcherites who have come to erroneously believe that wealth concentrated in the hands of a few is of eventual economic benefit to the many.

After holidaying for decades in the matter of the culture, progressives have been newly coaxed into reconsidering the value of a dollar. Many progressive readers, thanks in substantial part to Piketty and his rich data, have turned on the Cultural Turn to think about the stuff of wealth inequality and to finally concede that financial capital simply doesn’t trickle down.

But many of us still seem to believe that social and cultural capital comes down to the bottom from the top. We can see the illogic of concentrated financial power as a tool for liberation, yet we retain a supply-side view of those other forms of power. We believe that the business leader, the politician or the star who “raises awareness” has the power to give us all the power; we can all get culturally rich on inspiration. Perhaps nowhere is this unreasoned “progressive” belief in a social equality that comes down from the top more evident than in current popular feminism.

This week, the She Leads conference in Canberra reaffirmed the faith in equality as something that must derive from an unequal concentration of power. Of course, if read only as a primer on personal success for women, this conference, organised by the YWCA, would merit no special mention. Seminars on the secrets of success are common and there can be no balanced argument against attendance by women at any cult-gathering for Personal Power. Such events are, depending on your perspective, either equally empowering or equally toxic to attendees of any gender.

But that such a conference promoting personal gain and the acquisition of power is seen, as it inevitably has been in media accounts, as progressive begins to become more curious in our post-Piketty landscape. This is not just curious because of the uncritical view of capital so common to the “More Women on Boards!” brand of faux-empowerment, nor is it to the naive view that more women leaders will make the world a better place. Lockheed Martin CEO Marillyn Hewson reformed the F-35 Joint Strike Fighter in the same way that Thatcher reformed capitalism. Which is to say, both women revved the engines of destruction and were tempered in their proficient efforts by no trace of their gender’s supposed compassion. Women don’t reform power by the mere fact of their presence. Power tends to reform even its female participants.

Feminism of this popular Girl Power type wants its equal rights to inequality, but it is not this fact alone that makes it so antagonistic to a Piketty kind of progress. Rather it is the ardent belief that power of the personal kind can trickle down, just like fiscal capital is believed to, and reward its recipients. Here, personal stories of thriving against the odds and financial redemption emit a reassuring trickle of warmth down the leg of the culture.

It is not, of course, just at women’s leadership conferences that we see the inspiring figure give us This One Moving Story That Will Change Your Life Forever. Liberal feminism may have started the irksome trend of a “Lived Experience” retold to an audience hungry for a saccharine narrative, but those dicks at TED Talks finessed it. We hear moving stories of personal success, fiscal and otherwise, but the wealth of such wisdom cannot truly reach those at the bottom.

The “role model” is to the culture as the corporation has long been understood to the economy: a source of capital from which we will all eventually benefit. It could turn out that inspirational capital works just as financial capital tends to, in that it depletes those who have less of it in the first place.

Perhaps it is time to tax those rich in inspirational assets. Perhaps it is time for the growth of empowerment wealth to be checked. Perhaps peppy role models can be seen less as champions of the You Go Girl underclass and more as uncritical performers who increase our debt of guilt that we are not as “inspiring” as they.

Thrilling and apparently redemptive as personal stories can be, they are ultimately hostile to the more tedious business of upturning an economic system based on a top-down untruth. We do not emulate the powerful to change the conditions of power. We do not give and receive stories of hope. We might remember that inspiration is as fundamentally unequal as the system of economic organisation that we have begun, for the first time in years, to broadly identify.

13 thoughts on “Equality does not trickle down, no matter what Girl Power feminists say”