Sacked SBS reporter tries his luck with the law

Was SBS within its rights to fire Scott McIntyre for "offensive" tweets sent on Anzac Day? That's for the courts to decide (though it probably won't come to that). 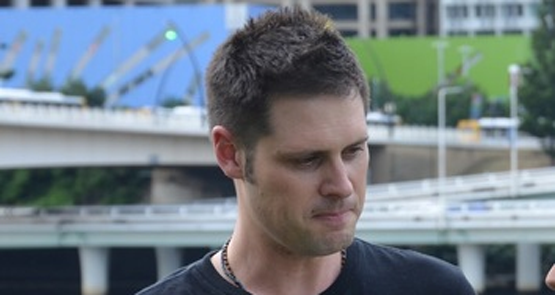 On Monday, Maurice Blackburn announced it was acting for McIntyre, who was sacked a few weeks ago by SBS after posting a series of tweets about Anzac Day and Australia’s glorification of war. The tweets were highly controversial and raised the ire of Communications Minister Malcolm Turnbull, who informed SBS managing director Michael Ebeid of them. By the next morning, McIntyre had lost his job, with SBS quickly distancing itself from the football reporter in a public statement.

In a statement distributed to media on Monday, Maurice Blackburn said the Fair Work Act protected employees from adverse action for expressing a political opinion.

“It is alleged SBS took action without a proper investigation and consideration of all relevant issues,” the statement said.

“It will be contended that Mr McIntyre had an unblemished work record and if a proper process had been followed, he would still be employed in his chosen career.”

But legal experts Crikey spoke to this morning said given McIntyre’s lawyers had lodged an adverse action claim (instead of an unfair dismissal claim), issues of due process were unlikely to be key to the case once it went to court.

Before that happens, SBS and McIntyre’s representation need to have a conference with a Fair Work mediator over the issue. Only if this leads to no resolution will they be given permission to approach the Federal Court or Federal Circuit Court over the case, Sydney University law dean and industrial relations expert Professor Joellen Riley told Crikey.

In an unfair dismissal case, due process, procedure, and whether an employer acted in a manner that was harsh or unreasonable are all factors for Fair Work to consider. Adverse action cases, however, revolve around section 351 of the Fair Work Act, which states:

“An employer must not take adverse action against a person who is an employee, or prospective employee, of the employer because of the person’s race, colour, sex, sexual orientation, age, physical or mental disability, marital status, family or carer’s responsibilities, pregnancy, religion, political opinion, national extraction or social origin.”

The purpose of this clause is to protect the rights of employees against employer-issued policies that act against their freedoms, Riley says. But in several recent cases, the High Court has shown a willingness to allow employers to fire workers when such discriminatory factors are at play, provided the employer could point to a non-discriminatory reason for why the employment was terminated.

For example, in the October 2014 CFMEU v BHP decision, the mining giant sacked a worker after he held up a sign during an industrial action with “Scab” written on it as some other workers crossed the picket line to work at a site. BHP sacked the employer for breaching its workplace civility policy — an assertion the High Court accepted, dismissing arguments that the employee’s involvement in industrial action was the reason for the dismissal.

It’s not the only such case where courts have shown a willingness to accept employers firing people for breaching workplace policy, even if there were arguments made of other factors at play, industrial relations lawyer Peter Vitale told Crikey. In this case, SBS pointed to its social media policy as the reason behind the sacking — it prevents employees from bringing SBS into disrepute through social media.

“It seems to me that McIntyre and his lawyers are somehow going to have to establish that the expression of his private political views was quite a separate and distinct reason for the termination of his employment, as opposed to the breach of policy,” Vitale said.

Despite this, Riley cautions against assuming this is an open-and-shut case. “Until a case has been fully argued, you can never be sure what kind of facts will be brought forward,” she said. The Fair Work Act, she notes, gives employees a right to political expression that cannot be overridden by a contract with their employer (unless the employer can argue certain views are intrinsic to a job). In an adverse action case, the onus of proof is on the employer, meaning SBS will have to prove its reasons for terminating McIntyre’s employment had nothing to do with the content of his political views.

M+K partner and industrial relations lawyer Andrew Douglas, however, believes it will be a very difficult case for McIntyre and his lawyers to win. Nonetheless, he says, it probably won’t come to that. “It takes about a year to complete all the steps towards trial in the Federal Court,” he said. “I understand exactly why he’s brought the action. It is novel, and different in the way its been brought. But I think it’ll be problematic for him. And I don’t think it’ll run in a trial, but will be settled.

“It poses a reputational risk to SBS, which means the organisation will want to resolve this very quickly.”

I went to Gallipoli this year for the 100th anniversary. I personably agree with Scott McIntyre (or at least think that his tweets were arguable as being true). I don’t think that he should have been dismissed.

Jon Ronson has published a book this year ‘So You’ve Been Publicly Shamed’, dealing with this issue. People being sacked for making tasteless (to some people) jokes and comments to other people on social media, such as Twitter and Facebook.

The only reason he has so many twitter followers is because of his employment with SBS. His twitter account is intrinsically linked to SBS and he knew the policy on social media activities. He could have a created a non-SBS related account and said anything he liked without repercussion. He made a big mistake and IMO his only option is to hope SBS decide that the bad publicity isn’t worth it.

The only ones bringing SBS into disrepute here are the management of SBS. So lets sack them.

It was amusing to read, “Comments on social media should be treated exactly in the same way as comments in other social situations, as conversations between consenting adults in public places.” That’s called slander, and is actionable, but publishing it in writing is libel which is far more serious. In any case, since his contract with SBS wouldn’t allow him to run personal views in a manner which is seen as linked to his employment, he has no justifiable complaint re his treatment.
That Yclept, (who writes, “The only ones bringing SBS into disrepute here are the management of SBS) doesn’t understand this isn’t a surprise.