Beecher: the myth of Murdoch’s power

In the third part of a five-part series, Private Media's publisher says of course Rupert Murdoch does not sit there barking out orders to his editors about what he wants to see in the paper. He does not have to. 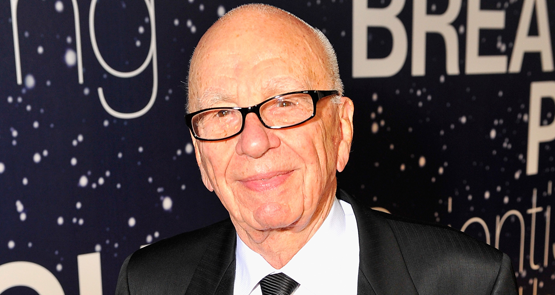 “With a conspiracy-heavy culture there is no greater cult beloved of media polemicists and populist politicians than the spectre of Rupert Murdoch on the phone rapping out orders to hapless editors about his targets for the next day’s front page … this notion persists in a form of myth as reality.”
— Paul Kelly, editor-at-large, The Australian

Paul Kelly is right to dismiss the haunting spectre of his proprietor issuing “daily orders” to his editors. It doesn’t happen for the simple and obvious reason that it doesn’t need to happen.

Andrew Neil, a former editor of Murdoch’s London Sunday Times, cleared up the mystery of the missing instructions succinctly to a UK Parliament Select Committee on Communications in 2008 in two parts:

Part 2: “I was never left in any doubt what he wanted … on every major issue of the time and every major political personality or business personality, I knew what he thought and you knew, as an editor, that you did not have a freehold, you had a leasehold, as editor, and that leasehold depended on accommodating his views in most cases, not all cases, and there were sometimes quite serious disagreements we had and I still survived as editor.”

Harry Evans, a former editor of Murdoch’s London Times, defines the process described by Neil as “charismatic authority”, a concept devised by the sociologist Max Weber under which “policy derives from how the leader is perceived by others rather than by instructions or traditions”. Murdoch executives, says Evans, “act like courtiers, working towards what they perceive to be his wishes or might be construed as his wishes … They act this way out of fear, certainly, because executions are so brutal but the fear also reflects a more rational appreciation of the fact that his ‘wild’ gambles so often turn out to be triumphs lesser mortals could not even imagine.”

Does it make any difference whether Murdoch issues instructions by edict or through charismatic authority? Surely the outcomes are the same?

The difference is crucial. If editors depended on Murdoch “rapping out orders”, as Kelly correctly denies he does, they would be able to act independently in all matters other than when they got specific instructions. William Randolph Hearst, for example, ran his vast newspaper empire via telegrams like this one, which all Hearst editors found on their desks in April, 1950:

THE CHIEF INSTRUCTS NOT, REPEAT NOT, TO PRESS THE CAMPAIGN AGAINST COMMUNISM ANY FURTHER. HE WISHES THE CAMPAIGN HELD BACK FOR A WHILE. PARTICULARLY THE EDITORIALS. HE FEELS WE HAVE BEEN PRESSING THE FIGHT TOO HARD FOR TOO LONG AND MIGHT BE AROUSING WAR HYSTERIA.

Murdoch editors receive no such instructions and never have. Instead, they operate within a culture of constant awareness of expected behavior. Phone-hacking and police bribery were able to flourish in News Corp’s UK newspapers because everyone knew they worked in an organisation where the boss measured success by results and where the ends justified the means.

As Murdoch biographer and admirer William Shawcross explained it, the mogul’s wishes and views “merely emanated from him, rather like ectoplasm”. His editors “knew his opinions, and they knew his financial interests also. Many of them were constantly anxious to please him, and there is no doubt that one way of doing so was to anticipate his views.”

By radiating authority rather than issuing instructions, Australia’s dominant media owner has been able to influence the tone, politics and direction of his native country for six decades using a technique calculated to make it look like he has no directive power at all.

Yesterday: The shadow of power

Tomorrow: How to manage politicians

‘Charismatic authority’ sounds like Ian Kershaw’s ‘working towards the Fuehrer’ principle (in explaining Hitler’s crimes) to me.

The most pernicious form of censorship is self-censorship. I would be astonished if Rupert Murdoch personally got in touch with every one of his editors before an item went to press. Instead, our brave editors censor everything which they feel MIGHT incur his wrath; this being one of the reasons our once valiant newspaper scribes now produce banal garbage. With almost eighty percent of our press under Murdoch’s control he doesn’t need to be wary of public opinion, facts or addicted to truth.

In other words he is the slimiest of the slimy and always has plausible deniabiity.

Too true. The one contact I had with News Limited was a series of meetings with senior editorial staff concerning a project that never happened. But every meeting i went t with these senior staffers I couldn’t get over the feeling that were constantly looking over their shoulders: what would He think? What would He do? Very weird.

It is stark in your final paragraph where you say, Murdoch has “been able to influence the tone, politics and direction of his native country for six decades using a technique calculated to make it look like he has no directive power at all.”

This is the classic lefty causal conspiracy theory. Murdoch is right of centre, the country is right of centre so Murdoch must have done it. In holding that view, you are saying that if Murdoch and his media empire has never existed, the country would be left of centre. Your logic must lead you to that point to apportion such influence to him.

You have absolutely no basis to hold such a view apart from lefties talking to each other so much, no one can remember who said it first but it must be right.

Here’s a radical alternative view for you. The country is normally right of centre. Working class Australians who might normally vote Labor tend to have conservative social views. Murdoch is in business for a profit so he publishes an editorial line that will sell more newspapers. Maybe it’s not Murdoch influencing the country to the right but the country influencing Murdoch to the right. I doubt that’s ever occurred to your average lefty with all that contempt for suburban voters.

Look at your own business numbers Eric and tell me how much your committed left wing editorial line resonates out there. Hey here’s an idea! Sack Keane. Sack Rundle et al and hire one or two of Bolt’s mates. Yep plenty will cancel in disgust but maybe your profits will go up!