How Uber rolled the taxi lobby and won the world

Uber is a mega-success because it is such a snazzy app, right? Wrong, writes economist and journalist Jason Murphy. 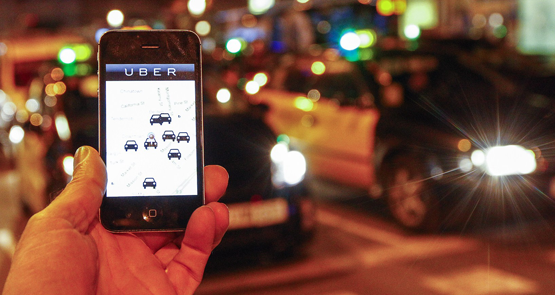 The rise of Uber is a lesson in the way power is wielded in our society.

Uber, for anyone living under a rock, is a wildly successful mobile application linking people who want to travel to a nearby car and driver. Think of it as a taxi service without taxis. Anyone with a newish car can become an Uber driver.

People are launching apps that are “like Uber, but for …” every few moments. And those eager entrepreneurs hope they’ll make a billion dollars, too. 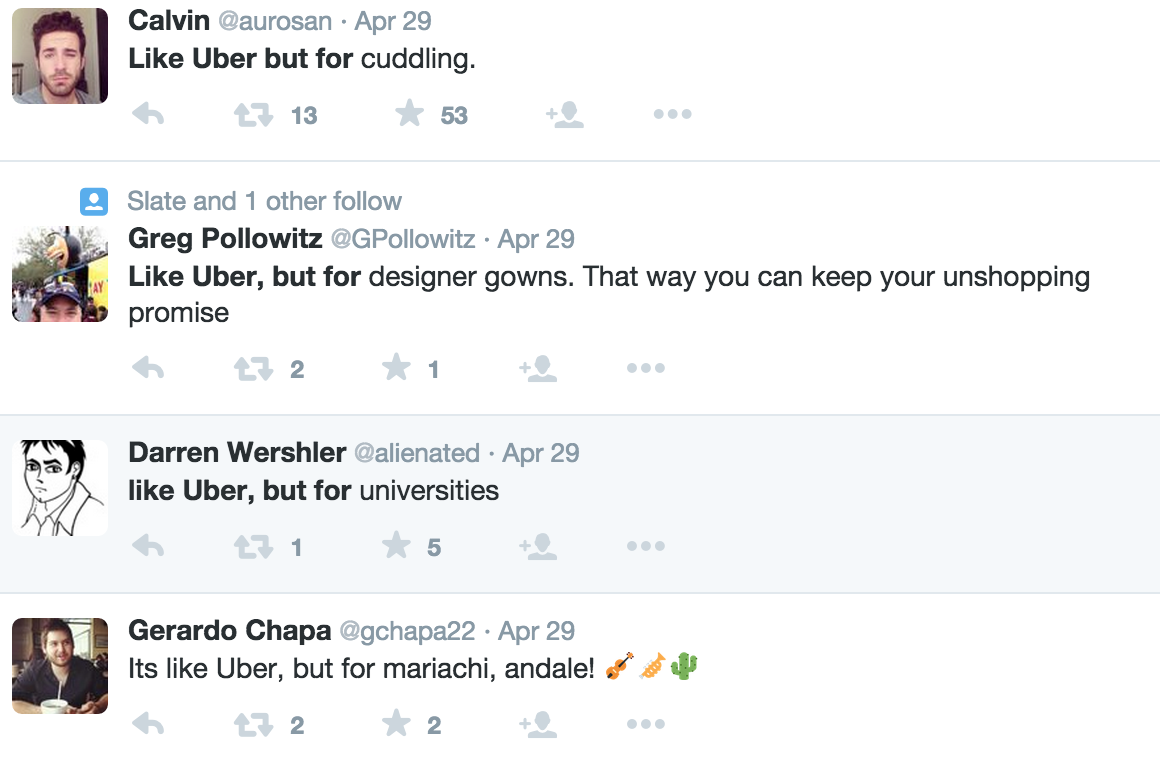 Uber made an amazing app that linked people to cars. The app is simple — any decent start-up could make one like it. What Uber did is difficult: it became powerful.

Uber’s marketing department gets a lot of attention for stunts. For example, during a recent promotion, Uber drivers delivered kittens to people who requested them through the app. People would play with the kittens and upload photos to social media.

It got a lot of press. But these sorts of stunts are the puff of smoke that happens while the magician is busy, not the real machinery of success.

This misdirection is all the more remarkable because what Uber has achieved is enormous. The company took on one of the most powerful industries, in one of the most heavily regulated sectors in the world, and won.

The taxi lobby’s power should not be underestimated. In Australia, the taxi industry makes billions every year, and it employs tens of thousands of people. The taxi industry is among the biggest political donors in the country, giving hundreds of thousands to both sides of politics, investing at state and federal level.

The industry’s boldest player is Cabcharge, an ASX200 player worth $600 million, with an effective monopoly on non-cash payments in taxis, and a history of political influence. Whenever taxi reform is threatened, the taxi industry has organised powerful and effective opposition. Numerous state governments have come to power promising taxi reform, only to have their minds changed.

The taxi industry’s influence has helped limit the number of new licenses the government create, such that the price of a taxi licence rose to an astonishing $500,000 in Victoria a few years ago.

The power and influence of the taxi industry in Australia is mirrored around the world. And Uber has all but broken it, all while offering a service that is probably illegal in many places. It has done all this not just without getting shut down, but to widespread acclaim.

That’s what makes Uber worth an estimated US$40 billion today.

It has largely evaded the ire of officialdom by appealing to the rich, the white, the bastions of the establishment, and by rolling out that approach across the world.

It launched in San Francisco — one of the world’s wealthiest cities — with a product that, at the time, only included expensive “town cars” or limousines. The product first took off among the city’s influential (and famously non-diverse) tech community.

But before long Uber realised the market it had tapped was the key to its survival and expansion. Wealthy, influential and connected types would provide political cover as it moved from being an audacious start-up to a highly conspicuous disruptor.

With that sort of customer base, Uber won early attention in the pages of influential mouthpieces like The New York Times and The Wall Street Journal. It also lined up venture capital from the likes of Goldman Sachs and Google.

But as Uber grows it must also fend off political opposition.  Uber refers to its own clientele as more “polished” than that of its competitor Lyft. That is no accident, as its adherents are deliberately drawn from the ranks of the politically, as well as the culturally influential.

Uber calls on its users to message MPs when it fears its survival is threatened, as its best chance of avoiding such threats is aligning itself with the powerful and influential wherever they are found.

In Melbourne, Uber’s early promotions involved feted restaurant The European and a TEDx talk. In Sydney, they involved North Bondi lifesaving club and water taxi rides “from Vaucluse to Mosman”. In each city, Uber has made a big promotional effort around horse-racing carnivals.

Over the summer, Uber promoted heavily that it would be available in the Victorian beachside towns of Portsea and Sorrento. These are places where a beachside bathing box trades for nearly half a million dollars and a house can cost 50 times that. The ploy mimicked an initiative in the American summer where Uber served the Hamptons (a beachside locale outside New York City where people like Paul McCartney and Calvin Klein keep homes).

Serving the establishment is, of course, easier when your employees grasp their needs intuitively. The Australian CEO of Uber is David Rohrsheim, one-time rugby captain at St Peter’s College, Adelaide.  (St Peter’s, an Anglican School, counts eight South Australian premiers among its alumni.) Rorsheim, who was also school captain, has a CV that includes time at Macquarie Bank.

In 2014, Uber hired David Plouffe, Barack Obama’s 2008 presidential campaign director. It has also hired hundreds of lobbyists across the US.

There are millions of apps that are “like Uber but for [something else]”.  But, unless they accumulate soft power and hard power, they are not like Uber at all, and they will fail to budge the incumbent.

The rise of Uber shows that despite some radical recent reorganisation in the way the world works, power to effect change still rests in traditional places.

Apps are changing the world, it is true. But they are often doing it the old-fashioned way.

I would like to know this. In NSW you pay a rate of third party insurance based on what your vehicle does. Now I’ll bet Uber drivers have private insurance as private passenger vehicles. Since the vehicle is let out for hire, this would be illegal. If you have an accident in an Uber vehicle and are injured, I would think you have NO chance of a compensation because you would not be covered. Any ideas?

What Uber did was demonstrate it’s easy to win if you’re prepared to encourage others to break the law and then reap the rewards of their risk-taking.

The taxi industry is a comically transparent rent-seeker desperately in need of competitive reform, and Cabcharge is a monstrosity that should be put down, but Uber is also run by people who think the law shouldn’t apply to them and is creating a market that must have some core regulation around insurance, driver accreditation and safety standards.

If a taxi plate cost a few thousand dollars, rather than hundreds of thousands (if not millions), and anyone capable of passing a few basic standards could get one, then Uber’s value proposition would look a lot different.

Like practically every article written by a shiny-obsessed press, this article appears to exist for no other reason than to grant Uber even more of the precious “oxygen of publicity” it so craves.

Murphy states that Uber is “probably illegal.” Probably? Try definitely illegal in every Australian jurisdiction. Pretending that there is some ambiguity on this is the usual display of pro-Uber bias.

Like practically every other press article on the subject Murphy fails to distinguish between the few (very few) big players in the taxi industry and the taxi drivers themselves.

Wallowing in something like $10.00 an hour average lucre, taxi drivers now have to compete with a totally illegal competitor who is untroubled by the expensive and onerous accreditation conditions imposed upon taxi drivers by State jurisdictions. Driving a legal taxi at present is like playing football on Mt Everest – the ground is slightly unlevel.

Sooner or later State regulatory authorities will catch up with Uber’s high-wire act of blatant illegality and force them to acknowledge that they are just another taxi company, to be regulated as such.

When this happens the public will find Uber’s fare structure very similar to that of taxis now. There is simply a base minimum of costs in supplying a fully-insured, fully compliant, 24/7 on-demand public transport service.

I see today the ATO have finally come out and declared Uber cars to be taxis. From August 1st Princess Uber must remit GST quarterly and pay income tax – just as real taxi drivers do. So sad.

Murphy states that Uber is “probably illegal.” Probably? Try definitely illegal in every Australian jurisdiction. Pretending that there is some ambiguity on this is the usual display of pro-Uber bias.

I am far from “pro-Uber”, but it is a struggle to see what law(s) they are breaking.

People who drive for Uber are a different matter.

Wallowing in something like $10.00 an hour average lucre, taxi drivers now have to compete with a totally illegal competitor who is untroubled by the expensive and onerous accreditation conditions imposed upon taxi drivers by State jurisdictions.

There is simply a base minimum of costs in supplying a fully-insured, fully compliant, 24/7 on-demand public transport service.

Compare them to limo plates for example. Around an order of magnitude less.

I see today the ATO have finally come out and declared Uber cars to be taxis. From August 1st Princess Uber must remit GST quarterly and pay income tax – just as real taxi drivers do. So sad.

You seem to be conflating Uber, with Uber drivers. They are very different things.