Beecher: the shadow of power

In part two of a five-part series on the power of media, Private Media's chairman examines how News Corp wields its considerable power. 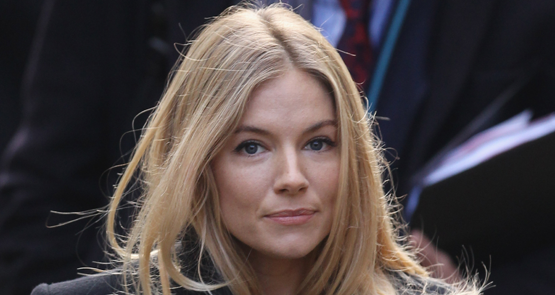 Sienna Miller at the Leveson Inquiry

“People are terrified for their own reputations. They want the press on their side.” — Sienna Miller, actor

Media power lurks like a prowler in the dark. You can sense its danger, feel its presence, identify its victims. But rarely if ever does it show its full face in the light.

That’s because media power is a weapon built primarily on fear. Lord Beaverbrook, the legendary British press baron, once described it as “a flaming sword which will cut through any political armour … when skillfully employed at the psychological moment no politician of any party can resist it.”

When the News Corp phone-hacking/police bribery scandal erupted four years ago, actor Sienna Miller discovered her voicemails had been illegally intercepted by News of The World. Unlike other victims at the time, she decided to risk her career by taking legal action against News Corp, which also owns one of Hollywood’s biggest movie studios.

“Everyone was scared of Rupert Murdoch, even governments,” she told The Independent several years later. “People are terrified for their own reputations. They want the press on their side.” She made the decision to sue News International, she said, because “the tabloid media culture in this country had got to a point where it was completely immoral. There was no consideration for you as a human being. You were successful, you were making money, therefore you deserved it and it was a very mediaeval way of behaving. I realised I couldn’t continue living in this country and do my job, which I loved.”

Media power works most effectively when it is surreptitious and permanent. Single-purpose editorial campaigns against politicians or governments have limited impact, especially in an era of dying newspapers. Their main value to a media organisation is not the immediate outcome, but in cultivating a permanent shadow of fear that influences relevant government decision-making at pivotal moments.

Lance Price, an adviser to former British prime minister Tony Blair, says that during the Blair era Rupert Murdoch “seemed like the 24th member of the cabinet … his voice was rarely heard (but, then, the same could have been said of many of the other 23), but his presence was always felt. No big decision could ever be made inside No. 10 without taking account of the likely reaction of three men — Gordon Brown, John Prescott and Rupert Murdoch. On all the really big decisions, anybody else could safely be ignored.”

When the Sydney Daily Telegraph declared a jihad against Rudd in 2013, or The Australian campaigned for the downfall of Whitlam in 1975, they were not only attempting to bring down a government, they were adding large stockpiles of ammunition to their already loaded guns. What really matters in successfully implementing media power is the perception that if the gun is loaded its targets should fear the consequences and act preemptively to prevent a bad outcome.

No British politician could have ignored the treatment doled out to the former Labour minister Clare Short in the mid-1980s after she criticised The Sun’s use of topless women to sell the paper. She found herself denounced to millions as “killjoy Clare”, “fat”, “jealous”, “ugly”, “Short on looks”, “Short on brains”. At various points, writes Nick Davies in Hack Attack:

… the paper offered readers free car stickers (“Stop Crazy Clare”); sent half-naked women to her home; and ran a beauty contest to ask their readers whether they would prefer to see her face or the back of a bus. Separately, the News of the World ran two bogus stories suggesting she was involved with pornography; tried to buy old photographs of her as a 20-year-old in a nightdress; and published a smear story that attempted to link her to a West Indian gangster.

If this reads like just another rollicking tabloid satire targeted at an unfortunate politician, think about its impact on nearly all politicians. “That could be me” were surely the first words mouthed by British politicians as they digested the grotesque sideshow.

The Australian, The Daily Telegraph and individual media “megaphones” like Alan Jones and Andrew Bolt are masterful practitioners of the art of systemic denigration. Their “enemies lists” include politicians, rival journalists and a retinue of other public figures. Coverage of these targets is a blend of legitimate reporting alongside subtle innuendo alongside full-frontal Clare Short-style personal attacks and humiliations. Speak to anyone who has been subjected to this treatment and you will understand how the shadow of fear is so effective in restraining and modifying behaviour in the interests of a media purveyor.

As the American humourist Art Buchwald only half-joked when he toasted The Washington Post’s famous owner Katherine Graham at her 70th birthday almost 30 years ago, “There’s one word that brings us all together here tonight, and that word is ‘fear’.”

Yesterday: The rules of engagement

Tomorrow: The myth of Murdoch’s power

Beecher: the days of dirty secrets and blokey media culture are over

Talk is cheap: we need action, not more hot air, on reform

I look at Rupert Murdoch and I think he is a really ugly man , facially I mean !

Of course the irony is in how they react when that sort negativity is turned on them – from sources nowhere near as big as their hatemedia networks?

I look at Rupert Murdoch and think he is a really ugly man both inside and out. When oh when will he die?

Murdoch is just one of the Gerontoplutocracy who own most of the Anglosphere, albeit he’s the only one with any interest in Oz. These guys (and they are almost exclusively guys, Gina the SkyWhale being the notable exception) are likely to achieve longevity of more than two standard deviations from their origin cohort (rich white males – current median LE adjusted for inheritance and socioeconomic status >90, and increasing at ~ 12m/yr) , and to keep their marbles for an equivalent period. Very few of them have less than a decade to advance their kleptocracy. To adapt Orwell: If you want a vision of the future, imagine Gina sitting on your face – forever.