Is this the real world? Bin Laden conspiracy theory makes plenty of sense

The US government loves to create its own reality, and the case of Osama bin Laden's assassination is no different. 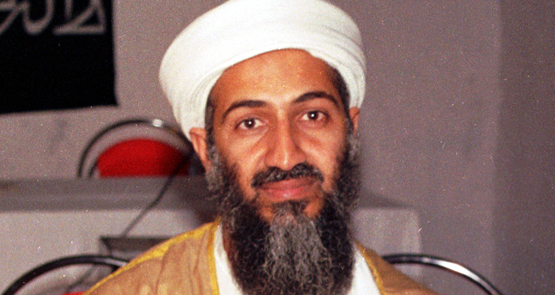 A decade ago, journalist Ron Suskind described a conversation about the nature of reality with a senior adviser to the second Bush administration. People like Suskind, who were members of the “reality-based community”, were out of date, the aide explained. ”We’re an empire now, and when we act, we create our own reality. And while you’re studying that reality — judiciously, as you will — we’ll act again, creating other new realities, which you can study too, and that’s how things will sort out. We’re history’s actors … and you, all of you, will be left to just study what we do.”

The Bush administration and the “reality” that it constructed around Saddam Hussein’s possession of weapons of mass destruction have faded from view, but the Obama administration’s ability to create its own reality has become evident in the wake of the London Review of Books‘ publication of Seymour Hersh’s article on the death of former al-Qaeda leader Osama bin Laden.

According to Hersh, almost every element of the official story about the death of bin Laden is a fabrication. Hersh claims:

Hersh’s report has been widely described as marking the sad decline of a once-great investigative reporter into a peddler of unsubstantiated conspiracy theories. And at least some of this criticism is legitimate enough — in particular, his over-reliance on two sources (the former head of the ISI Asad Durrani and an unnamed former US intelligence official).

But even if Hersh has failed to provide anything that could be regarded as hard evidence, his story is no less plausible than the “reality” that was provided by the White House at the time and has since been narrated in umpteen news reports, memoirs and Hollywood movies. And if his report is a conspiracy theory, then it’s a conspiracy theory with a very common-sense starting point.

Why would the world’s most wanted man choose to settle in Abbottabad? This is the town where a Pakistani journalist friend suggested that I might like to settle during the turbulent days after 9/11 because it was a military town, and therefore very safe. And for the same reason, would the United States really attempt to run a crucial intelligence operation and top-level raid in such a location without the knowledge of at least some of the Pakistani military and intelligence establishment? And if either bin Laden or the CIA were to attempt it, would they really have managed to get away with it?

Perhaps I’ve spent too many years listening to Pakistani journalists solemnly intone “ISI knows everything” (a reputation seriously tarnished by events in Abbottabad) — but I think not.

I outlined my own speculations about bin Laden’s post-9/11 years in an article for Crikey immediately after his death:

“If elements within the Pakistani military and/or security services have been ‘using’ the United States, then they would also have been ‘using’ bin Laden to the best of their ability. It is also possible that they were playing a waiting game as well as a double game, holding bin Laden in reserve until such time as it became useful to either turn him in or turn him loose.

“The various aspects of the Abbottabad residence that are said to have provided bin Laden with security — its location in a military town, the lack of phone and internet connections — would also have placed him under the effective control of whoever had facilitated them. In which case, the rationale for locating the al-Qaeda leader in Abbottabad may have been more about keeping him ‘under surveillance’ than ‘hidden in plain sight’, and anyone from the Pakistani military and/or intelligence service who was responsible for dealing him may have regarded themselves not so much as his protectors as his handlers.”

This remains speculation, and it also remains a blindingly obvious line of thought. Once again, all these top-secret plots and plans went unnoticed in Abbottabad? Abbottabad?!

But then, when you’re an empire (even an empire that is arguably in steep decline), you can create your own reality.

Is it of any interest that a previous Pakistan Prime Minister declared that bin Ladin died in 2001?

I would have thought that Pakistan would know a bit about what was going on since it was next door.

Everyone loves a conspiracy theory – Pakistanis more than most. I have no idea which bits are true. However while working in Islamabad I heard on the grapevine that the Pakistani military did pick up the incoming US helicopters, and were then ordered from somewhere above to ignore them. Given Pakistani paranoia about India and extensive air defense systems that seems more plausible than that the helicopters were simply undetected.

Hersh was correct in that the official version was a tissue of lies. But he fails on the main point for the very obvious reason that bin Laden died of chronic kidney failure in December 2001. This was widely reported at the time, including in the New York Times. David Griffin wrote a very good book some years ago, reviewing the evidence and concluded that OBL did die in late 2001.
Some corroboration of that exists apart from the extant news reports and other medical evidence such as his being treated in Dubai in mid 2001; needing a dialysis machine etc etc. That is, the manifestly fake OBL videos released post his death. If the man was truly alive and living in safe custody, why go to all the trouble to make fake videos, easily exposed as such.
What the Hersh story, and the media reaction shows, is that there are a lot of journalists around who are too lazy to actually research the evidence and write something worthwhile. I am afraid that Shakira Hussein just adds to the nonsense.

I think I read about this some months ago in Al Jazeera. Although I try to avoid conspiracy items, I have to say I completely agree with you. The whole ‘Bin Laden is dead’ scenario came across like one of Aesop’s fables; stage managed and scripted by an American spin doctor.

Someone should tell the Americans that life doesn’t work out as neatly as their PR departments would like us to believe.

VA: Presumably you mean the latest “death”. For more detail see my earlier comment awaiting moderation after 97 minutes and counting.